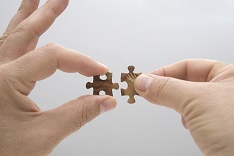 Have you ever bumped into someone when walking on the street because you were using your phone? Or maybe you tried to stifle your laughter when you saw someone else hit a pole or a glass window because they were so occupied staring at the screen of their phone. I have. I have run into a pole a few times too. The bump on my head proves it. Our daily dose of data has increased tremendously in the last decade, and any decline in the imminent future appears unlikely. Our demand, especially of mobile data through the use of smartphones and tablets drives our society to be online and updated at any time.

Most of us commonly use our smartphones as the primary source of data. Others may still prefer computers. The instant our alarm wakes us up in the morning to the moment we have our lunch, and on our way back home on the bus or train from work, we satisfy our appetite for data by reading news, communicating online or by updating our social media to share our lives with our friends.

However, using data nowadays is not only to read the breaking news or share a text online. We have developed an appetite for data increasingly due to the availability of visual content. Animated pictures attract more attention than long boring messages. Consequently, a high number of online providers now offer an online visual experience.

Of course, it is not surprising that newspaper companies now follow this market demand as well and provide a more visual experience to present news with videos and animations. More often than not, newspapers and other providers will only have a following if they publish a certain amount of these visual experiences. Several clips are used to gather information about an interesting matter to make a short video which takes only about 20 seconds or less to satisfy the needs of their followers and readers. These clips are short extracts from films, television or other videos, compressed and cut to show notable moments, for example, a goal in a football match, a hurricane, short quotes from celebrities on the red carpet and anything in a nutshell that can yield some publicity for the provider. Usually, the clips used are from third-party footage. Providers may take the footage from news companies, such as the BBC or CNN or from sports channels. In this scenario, the news company or the sports channel still owns the copyright of the material in the video. Taking and using the clip without authorization and any legal justification would be copyright infringement.

Nonetheless, the provider could still use this particular clip if it can trust on a so-called rule of exception to copyright. One of these exceptions is called fair dealing. In this article, attorneys of our intellectual property team would discuss the applicability of fair dealing concerning United Kingdom’s Copyright Design and Patents Act of 1988 (the Act). 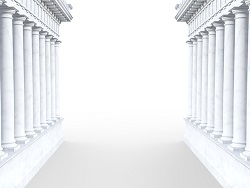 One way to define fair dealing is a defense to copyright infringement. It permits a provider to copy parts of copyright work designed and produced by third parties without the obligation to obtain prior permission from the third party for publishing purposes. For example, a provider could use a quote from a book for his online postings or the use of a short video sequence, by cutting out a movie from a third party. In these cases, the copyright owner requires neither payment nor any other service. The online provider does not need to inform the copyright owning party about what he is doing. It is irrelevant whether the provider acts commercially or not.

The Act gives authors the ability to control the means in which their work is used. Chapter III of the Act introduces the fair dealing defense, giving numerous exceptions to whom or when copyright law cannot protect creators with the use of the defense, such as libraries and for educational purposes.

However, some parts of the fair dealing defense are of a broader nature; for instance:-

i.          Fair dealing for the intention of reporting current events defense is a particularly useful argument for media companies. It permits an extract from a copyrighted work, which is not an exact one to be used to report an event simultaneously or to report an event which took place some time ago in the past, but which remains newsworthy. An example of this would be when a provider uses a clip from TV footage to report contemporaneously terrorist attacks in the Middle East or another part of the world;

ii.         The fair dealing for criticism or review defense permits to take and use a visual part from a copyright-protected work and offer critics or give a review of the extract itself, or a different copyright work. That sometimes occurs when a provider uses a short clip from a film to state a comment of the level of violence included in the movie itself;

iii.           The fair dealing for a quotation defense not only permits extracts from copyright works to be used to provide a so-called "quote" in the conventional sense of the word itself but also to refer to something that has already taken place. A short example of this is when clips from several films could be used to illustrate the fact that an actor prefers roles in action movies;

iv.          The fair dealing for caricature, parody or pastiche defence permits the provider to extract a part from any copyrighted work and build on it to create a separate so-called "mashed-up" work, usually for comedic or entertainment purposes. The comedian could use some lines from a movie or a song for a sketch. Additionally, a cartoon artist could work out a well-liked artwork or illustration for caricature purposes, or an artist shall use parts from a range of films to form a larger artwork.

The United Arab Emirates has implemented a similar copyright defense termed fair use under Articles 22 to 24 of the Federal Law Number 7 of 2002 regarding Copyrights and Related Rights. This defense can be used as long as prejudicing of the rights of the creator does not occur, and the works are already lawfully published.

With the UK law in mind, of course, one cannot use the argument of fair dealing without any consequences or else the idea of copyright would become useless. Therefore, in any case, any utilization must be of fair dealing, in general. Accordingly, in every case, one has to act as any fair-minded and honest person in the same situation. As a result, commercial use, which would compete with the original copyright or a copy of a tremendously long part of the original, certainly seems to be unnecessary and will of course not be seen as fair dealing and must be actionable by the copyright owner.

The utilization of the original copyright work must be performed by sufficient acknowledgment, by stating the name of the original work and author. An exception is allowed only when the reasons are practical and reasonable. To be defended by fair dealing, the provider has to focus on following the accurately described procedure so as not to be sued by the copyright owner. The fair dealing rule is vital in today's times, where the use of data becomes more and more important to people around the world. However, the current law states a too general statement about the use and its borders and should be specific with precise details, so a provider does not cross the red line of fair dealing. Nonetheless, a beginning was set, and the details shall occur rapidly.