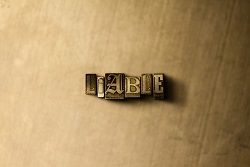 What do fairy-tales, horror movies, and sermons have in common? They all acknowledge the presence of evil in the world as well as the human beings’ disturbing capacity for destructive force. But how do we account for the existence and persistence of this human weakness? This century had embarked with a multitude of corporate scams in which the rich got richer, and the poor were eventually hurled down the street. Therefore, legislation around the world has endeavored to indict commercial offenses with criminal liability in order to curtail the rising number of fraudulent acts in commercial transactions. Consider a situation in which a person had deceived and caused colossal losses to the investors of his company by portraying illusionary finances in the books of accounts of the same. Would justice be served if he was free to walk the streets after paying a months’ salary as fine?

Federal Law Number 3 of 1987 on the Issuance of the Penal Code (the Penal Code) has provided for the crimes and their respective liabilities in the UAE. However, is it possible to indict a corporation with criminal liability? Article 65 of the Penal Code has provided that companies or corporations can be held criminally liable for the crimes that are committed by its representatives, directors or agents. However, the members of a company could be held liable personally liable for their actions. Federal Law Number 2 of 2015 on commercial companies has provided that the members of a company can also be held criminally liable for the acts that have been committed by them. This implies that a person would be personally held liable for his actions even when he has acted on behalf of a legal entity.  Fraud, breach of trust, forgery, dishonor of cheques, money laundering etc. induce criminal liability upon the convicted party.

Article 399 of the Penal Code has imposed criminal liability on a person who has deceived someone in order to obtain a property, document or a signature on a document. An elucidation of this article would imply that a person who has manipulated or deceived someone by a fraudulent act would be indicted with criminal liability. However, fraud can be successfully proved only when substantial damage has been suffered by the victim. Further, article 404 has provided that a person would be imposed with criminal liability if he has embezzled or deployed the funds of another party with an intention to detriment the owner’s interests. Ergo, it can be comprehended that the following factors have to be satisfied in a lawsuit in order to convict a person of a criminal offense: i) the criminal act or actus reus; ii) the victim should have suffered damage, and iii) existence of criminal intent by the accused or men's rea. Therefore, it can be surmised that a party is generally not indicated for criminal conviction solely due to his or her presence in a criminal offense. It is evident that the Penal Code has placed significance on the existence of a criminal intention in the mind of the accused. A person is held liable for a crime only when he or she has acted with a criminal intention, as opposed to acting accidentally or lacking the ability to act deliberately. 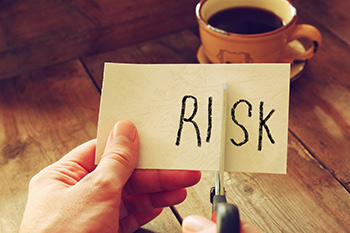 As opposed to criminal liability which does not provide any specific relief to the victim, civil liability is intended to compensate the victim for the losses or damages that he has incurred due to the actions of the accused. The following are the cardinal elements of a civil liability suit: i) the tort; ii) the damage, and iii) the causal rapport between the tort and the damage. Therefore, the liability of a party would be trivial if any of these elements have not been satisfied in a lawsuit. Therefore, it can be comprehended that a civil liability would lie only when a party has sustained damages due to the breach of contract by the other party.

Further, it also notes is that the contractual liability is established when there is a breach of any contractual obligation in a contract. The Court of Cassation in civil appeal number 294 of 2011 has carefully implemented and heed to these elements by stating that ‘the contractual liability is founded by the establishment of three aspects; a tort, that is presented in a party’s failure to abide by their obligation, a certainty of the tort and the formation of a rapport between the tort and the damage, clearing that if an aspect of such pattern came to an end, liability would follow. It’s the role of the creditor to prove the tort of the debtor related to the latter’s failure to abide by his obligations and to prove the damage befallen, as for the casual rapport, it is to terminate once the debtor manages to prove the credit or the other’s tort upon which damage took place’. Therefore, it can be comprehended that in a contractual liability, the debtor holds the burden of proving that he met his contractual obligations after proving the validity of the contract.  The creditor, on the other hand, bears the responsibility to verify the above-mentioned elements carefully in conducting his claim; and a failure to do so can result in his claim being considered null and void.

Even though a commercial liability may take the form of a contractual obligation or an omission, they do not occur within the same circumstance. Where there is a contract between the parties of a liability claim, an omission cannot result in a liability as long as the same has not been stated in the contract. However, if the tort is a representation of a crime, an excessive error or a fraud, then the creditor has the options of filling on the grounds of the omission or the contractual claim. It is quite apparent that both, the person claiming the damages and the one against whom the damage is claimed must be liable in respect of the same damage.  Further, the court would not grant damages if either of the parties had no liability towards the inducement of the same. 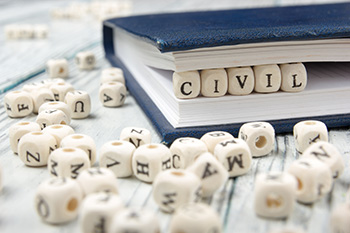 In order to paint a clearer picture for the reader, Part II of this Article shall further elaborate on the concept of abatement in civil suits as well provide for an illustration to explain the aforesaid, in the form of a concise case study.