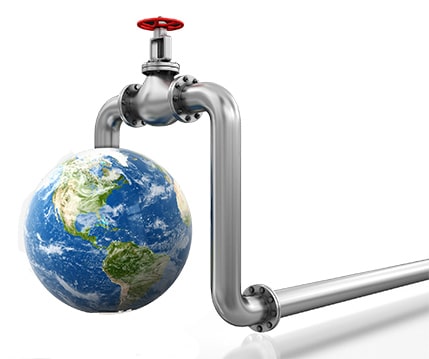 Egypt Is a party to numerous bilateral investment agreements and multilateral conventions in the world including Convention on the Settlement of Investment Disputes between States and Nationals of Other States (1965), Multilateral Investment Guarantee Agency (1965) and Unified Agreement for the Investment of Arab Capital in the Arab States (1980). Egypt is a signatory to the United Nations Conference on Trade and Development (UNCTAD of 1964), and the government of Egypt has accordingly adopted various policies and enacted laws to improve the country’s position with foreign investors. Investment in Egypt was earlier governed by the Investment Guarantees and Incentives (Law number 8 of 1997 as amended) which was repealed by Investment Law number 72 of 2017 (Investment Law 2017 or new Law as amended.) The Law was officially published on 31 May 2017 and came into effect on 1 June 2017, the provisions of which shall apply to local and foreign investment in Egypt under the regime of inland investment, investment zones, technological zones, or free zones. Amendments to the Law were issued by Royal Decree Number 2731/2019 and 2732/2019 with the purpose to promote investment climate in Egypt and add new incentives for investment projects. When a natural or legal person (Egyptian or foreigner) invests within the Arab Republic of Egypt by either setting up, expanding or developing an investment project and using the money for the development of such a project while contributing to the sustainable development of the State will be termed as an investor making an investment in Egypt. Such an investment project can include activity in many sectors including industry, agriculture, tourism, communications or technology sectors. The new Law aims to promote foreign investment in Egypt by simplifying the process while improving the national economic growth rate. Employment opportunities, promotion of exports and sustainable development are some of the benefits that are aimed to be promoted through this Law, and great emphasis has been laid out on the social responsibilities of foreign investors in the territory. The competent authorities aim to enhance foreign investment in Egypt, and it shall be governed by the following principles:

All such principles will apply to both the Investor and the Republic in their respective areas of responsibility.

Features of the Law

Some of the principal features of the new Law are listed below:

The following protection and safeguards are afforded to investors under the Law:

The investors have certain responsibilities to adhere to while investing in Egypt. This shall include achieving goals of sustainable development, and the Investor may dedicate a certain percentage (not exceeding 10 percent) of his annual profits, to participate in certain fields in whole or in part and contribute to sustainable activities. Such field of activity includes the following: 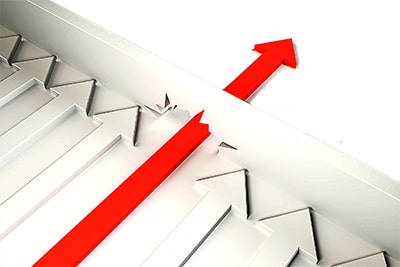 The Competent Minister may create a list of social development activities according to the sectors, geography or other criteria and make an announcement of the list to the public. Investors may not pursue any projects that are religious, political, party-related or involve discrimination among citizens. Social responsibility is imposed on the investors in Egypt and shall be pursued subject to Article 15 of the Law.

This Article aims to divide and focus on the investment regime in all four areas, including investment in inland regions, investment zones, technological zones and free zones (public and private).

Investment set up, established or operated in the mainland of Egypt (zones other than the free zones) in accordance with the national public policy and the provisions of the Law shall be termed as an inland investment. The investment can be made in all areas other than those of investment and free zones. An investment plan shall be drawn up by the Ministry of Investment for approval by the Supreme Investment Council, which shall include the type of investment, geographical area, the system and other sectors. After receiving the plan, the investment authority will issue guidelines for such a project within 90 days of receiving the proposal. Such guidelines shall include the permits, licenses, allocation of land and issuance of other approvals. Companies that are set up for national operations shall be granted approval by the Prime Minister for the management of the project.

An investment zone is a geographic area with defined size and borders specified to conduct a specific investment activity and other activities that complement this. An investment zone is set up by virtue of a decree issued by the Prime Minister in fields including agricultural, logistic and industrial zones. Such a decision shall clearly lay out the location, coordinates, nature of the activity, term for completion and shall grant a license for the investment project. The developer in charge of the zone will be responsible for the establishment of the zone pertaining to the license, the failure of which shall render the license void. The investment zone shall be managed by a Board of Directors (BOD) who shall have the sole jurisdiction to manage such a zone. The BOD shall lay down the plan of action and rules for conducting activities in the project. The BOD will also file quarterly reports on any progress or issues relating to the investment project.

Technological zones will be established by virtue of a decree issued by the Prime Minister covering areas of communication and technology and by issuing of a license. This field can include industrial activities, technological education, software development and other complimenting activities. All machinery and tools required to conduct activities relating to communication and technology in this zone shall be exempt from all taxes and custom duties. The Board of Directors will have the sole jurisdiction to set out rules and criteria for the management of the project. The BOD will be required to disclose all the funds of the project, which will be subject to audit on an annual basis by an independent entity to avoid conflict. Such a report shall be submitted to the Supreme Council to ensure that there is no violation by such BOD.

A free zone is that part of Egypt’s territory that will be located within its borders while being governed by administrative Authority and the dealings of which shall be conducted with special customs and tax provisions. There are two types of free zones, public and private. A public free zone shall be set up by the Council of Ministers upon a proposal by the competent Minister. Such public free zones shall be granted a license, and the decision issued will layout the location and boundaries of the free zone. Public free zones in Egypt will mainly aim at the exportation of goods and services abroad and shall be managed by a BOD. Similarly, a private free zone can also be set up a proposal of the competent Minister pending the approval of the council of ministers and shall be restricted to one or more similar activities in nature. The free zones can be set up in all investment sectors but shall not be issued licenses to conduct projects in areas of oil processing, fertilizer industries, iron and steel, natural gas, transport, liquidation, energy heavy industries, alcoholic beverages, guns, ammunition, explosives industries and other industries associated with the national security of Egypt. This shall be done without prejudice to the provisions of the licensing of oil refining projects (Law Number 133 of 2010) and companies that are granted licenses to operate in the free zones under this Law. All investment projects in this zone shall be subject to customs and tax controls in accordance with the Egyptian customs administration tax authority. Areas covering banking, non-banking financial instruments and monetary systems shall be carried out in the free zone areas after receiving approval and licenses issued by the chairman of the BOD of the zone. A 1 percent fee of aggregate income is required for any project not involved in importation or exportation of goods in the public free zone, whereas, a fee of 2 percent of total revenues in relation to other projects except importation and exportation shall be required in the private free zones. With respect to both the private and public free zones, the investment projects shall be required to pay a 1 percent fee of the total revenues upon exporting goods abroad and a fee of 2 percent of total revenues upon imported products into the country (transit goods exempted from this fee). An annual fee not exceeding 0.001 percent of the capital, at a maximum of 100,000 Egyptian pounds shall be paid in the equivalent currency specified by the competent Minister in both the zones.

Amendments to the Law 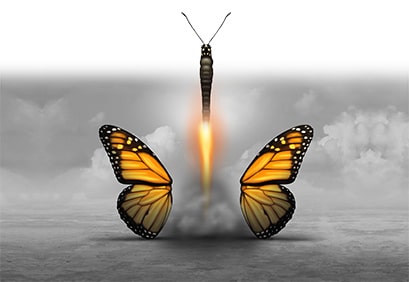 Pursuant to the executive regulations of the Law, amendments to the Law by virtue of Decree Number 2731 of 2019, local and private entities are required to submit information and data to record the foreign direct investment in Egypt as well as any indirect investment to the General Authority of Foreign Investment (GAFI). Public bodies have been identified as public authorities, ministries, governorates and other legal persons competent to grant the necessary license to companies to establish activities in accordance with social laws and international agreements. Some of the public bodies included but not limited to are the ministry of petroleum, ministry of electricity and renewable energy, the Central Bank of Egypt, Egyptian exchange and special economic zones. Earlier all companies set up under the Law were required to submit only annual reports of the financial statements of the company to the GAFI. Whereas, under the amendment, quarterly reports according to the new data reporting requirements shall also be submitted to the GAFI by all companies having foreign investment in Egypt. Such quarterly reports shall be submitted within a maximum of 45 days from the end of each relevant quarter and annual reports within four months from the end of every financial year shall also be submitted. The failure to comply with this shall result in a penalty not exceeding 50,000 Egyptian pounds to be imposed on the person in charge of the management of the company, provided that he was aware of such non-compliance.

The disputes arising in relation to investment projects can be amicably settled under the Law by virtue of dispute resolution, and other amicable ways including arbitration, mediation and negotiations and are listed below:

Initial Public Offering - Egypt Introduction The Egyptian Stock Exchange (EGX) is the registered securities exchange that handles all of the stocks to be traded in Egypt. EGX comprises of two…