ICOs and ICO Regulations in Malta 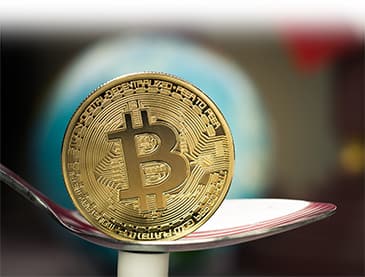 Initial Coin Offering (ICO) is a relatively new player in the financial sector which has paved its way to becoming a principal subject of discussion in the Blockchain community. In essence, ICO stands out amongst the most developed strategies for raising funds from the public and continues to gain popularity exponentially.

While every other jurisdiction is hesitating from regulating this niche industry, Malta has taken the lead and presented a specific regulatory and administrative framework for ICO’s. Malta is the first jurisdiction to take the initiative to regulate ICOs and Blockchain Technology. This article seeks to give an outline of the laws and guidelines related to ICOs.

Malta comprehended that regulatory clarity is the cornerstone from which this effervescent economy would grow, it set up dedicated government units absorbed exclusively on researching these technologies and ideas to establish Malta as a world’s ringleader for transparent and affluent ICO regulation.

The MDIA Act provided for the formation of MDI Authority and projected at outlining the Authority’s mission to endorse the growth of the blockchain technology sector in Malta. Its aim was to regulate internal governance. The Authority certifies a Distributed Ledger Technology (DLT) platform software, which provides technical, legal and economic certainty to users of these platforms in Malta.

For clarity, the DLT platform is a digital system that records transactions of assets, through which details of these transactions are recorded at several places at the same time. The motif behind DLT system is to keep transparency amid asset exchanges.

The FCAA institutes a supervisory framework to administer entities that work indirectly or directly with VFAs which includes ICOs, nominee service providers, portfolio managers, token exchanges, investment advisors and token exchanges. The VFA Act also establishes a set of necessities and rules for Security Token Offering (STO) and ICO whitepapers to be delivered to the Malta Financial Services Authority. This Act specifies that the token issuer must assign a VFA agent who is approved by the MFSA as the proficient authority who screens and reports on the token offering.

To Whom Does the New Law Apply?

These rules and regulations apply to anyone who will provide VFA(s) (short for Virtual Financial Asset). VFA is defined in the new legislation, hence, an asset which is not a VFA will not come within the ambit of the legislation.

The pre-requisites for a person to issue a VFA is as follows:

The blockchain and cryptocurrency Acts abridged above are premeditated to work seamlessly as a triumvirate to provide this niche industry with a comprehensive framework that verifies the veracity of DLT software and consolidates protections for token buyers.

While other jurisdictions look to merely attest a whitepaper based on the forte of its economic assumptions, Malta looks at the software and knowledge behind the whitepaper, and at the prospective for efficacious execution of the regulations therein. Malta is the only country who has delved into minute detail on the regulation of unsettling blockchain technologies. 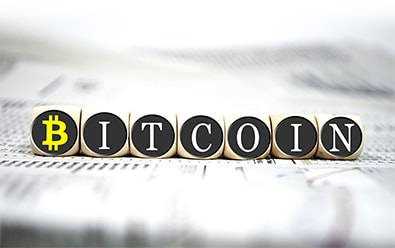 Silvio Schembri, who is the Parliamentary Secretary for Financial Services in Malta, is of the view that flawed technology would deliver blemished results, contrasting what is mentioned in the whitepaper. Hence, he is of the opinion that ‘technology first’ approach means prudently assessing the technology elucidated in the white papers of those interested in setting up shop in Malta. Hence, Malta’s financial ombudsman (the MFSA) concluded a new and mechanically competent body should review and license crypto businesses, which is the MDIA. MDIA decides whether a crypto business is qualified for a license, based on the superiority of the computer code in the white paper.

The outlook of most countries towards cryptocurrencies is that of an investment asset instead of a legal tender. VFA Act outlines the Maltese Financial Instruments Test which determines the category under which a DLT asset falls. Companies that wish to issue DLT assets abroad but carry out connected activity from Malta, or set up an ICO within the country, as well as other domestically based entities in the field must take the Maltese Financial Instruments Test, which defines all tokens and cryptocurrencies as DLT assets.

Furthermore, Silvio Schembri added that when he has contemplated the elements that would boost the development and expansion of the blockchain industry, he fathomed early that operators in the digital realm needed legal certainty. Presently, these operators functioning in the jurisdiction of constitutional vagueness fear that a day will come when the government would deem such activity illegal. Malta encompassed the protection and regulation of digital transactions within the three abovementioned Acts, thus creating legal certainty.

Delving in Technicalities of the Acts

I. Definition of Virtual Financial Asset

As defined in the Act, VFA is any form of digital medium recordation that is exploited as a unit of account, digital medium of exchange or store of value, excluding:

Whitepaper contains the information which is essential to allow the investors to make an informed assessment and valuation of the prospects of the issuer, the proposed project and of the characteristics of the VFA. The whitepaper requires such information to be presented in an easily analyzable manner. The language of the draft in English. Following should be contained in the Whitepaper:

The whitepaper includes several more information that must be provided to ensure approval from the MFSA and not a penalty of rejection.

Benefits of Malta as an ICO Jurisdiction

Below are some of the benefits that ICOs receive for launching in Malta: 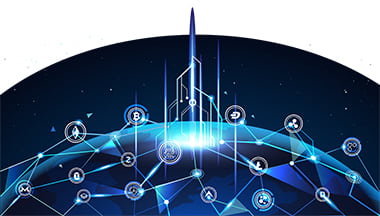 The Maltese government, through the conduit of the three bills, has drafted a set of edicts to guide the operations of cryptocurrency companies which is based on the principles of consumer and industry protection, and more importantly, on the values of market integrity. Being the first country to have rules and regulations which comprehensively cover cryptocurrency transactions, Malta now also the most robust outline for monitoring and standardizing a country’s burgeoning cryptocurrency industry in a way that invigorates innovation.

Other jurisdictions like Isle of Man, Bermuda, Hong Kong, Switzerland which branded as a crypto valley, Liechtenstein and Estonia are far behind Malta, which has created regulatory certainty by way of the Acts mentioned above. The other jurisdictions lack behind because they view ICO and ICO regulation from a vantage point of old monetary paradigms.