Limitation of Liability in Maritime Matters 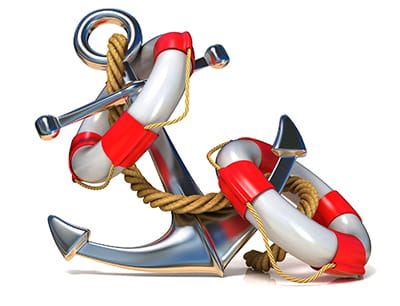 The existence of vessels trade generally includes them in mishaps that result in claims. Personal injury, property damage (such as harm to vessels and beacons on the seashore and coast setups), shipment damage, and other claims may be made. In a broad sense, any nation's limitation law will be implemented by its courts in the best interest of both foreign and domestic shipping companies. However, from the perspective of ship owners, the main flaw of limitation law has been the lack of international recognition of limitation deliberations. As a result, a shipping company whose ships operate in global trade may find oneself sued in multiple countries because of a single tragedy and required to place up limitation funds in each. Shipping companies may suffer significant losses because of mishaps, and they may go insolvent because of large claims. International treaties, like the 1976 Convention on Limitation of Liability for Maritime Claims (LLMC 76), and regulations surrounding the carriage of the goods, such as the Hague-Visby Rules, permit for such constraints. The Hague-Visby Rules impose time limits on claims for freight injury or damage. 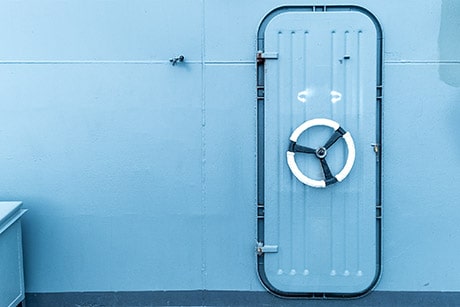 Under maritime law, liability for collision damage is predicated on the fault principle: a colliding container would not be held liable for losses to that other ship or improvements in existing such as a bridge, wharf, or jetty unless the collision is caused by the clashing boat or carelessness or wilful action on the part of its voyagers. However, it is not always essential to define mistake by credible evidence; there is an insinuation of mistake when a moving boat meets a stationary object or another cargo ship that is appropriately moored or moored, and the moving vessel bears the burden of proving freedom from fault. Throughout countries have ratified the International Treaty for the Unity of Some of those Law About Vessel Accidents, agreed to sign in Brussels in 1910, the rule of "comparative negligence" governs: if each of two colliding vessels is at fault, the total damages are divided among their shareholders or companies in terms of the relative degrees of responsibility. In nations that have not ratified the Treaty, such as The Us, the law says that if both ships are at fault, the total harm is shared evenly, irrespective of the degree courses of mistake.

Even after various international and regional conventions were held, the laws governing for limitation of liability are not the same for all the nations. Some of the middle eastern countries are significant examples of this, like the UAE.

The UAE From Article 138-142 or maritime code allows liability based on fatality, loss of property arising from the steering or maintenance of the vessel, cargo handling or seagoing vessels, carriage, of passengers concerning the mass or quantity of the cargo on the vessel. Putting aside the fact that assertions for the expulsion, ruination, or delivering benign of a ship's shipment aren't mentioned, no arguments are stipulated as being subject to liability, as provided in Article 3 of LLMC 76. Even though some Translations of the articles as mentioned above could give an impression that limitation is a must and ruled by the quantities provided for in Article 141, UAE courts have held that the limitation regulations of Articles 138 to 142 of the Maritime Code are subjective rather than mandatory. Article 138 would have to be integrated explicitly into the carriage contract for that to be a must. The definition of occurrences, such as collisions, creates some uncertainty, allowing plaintiffs to argue that the limitations regulations do not apply. For example, the UAE Maritime Code broadly defines "collision" as contact between vessels and ships but expressly excludes objects moored to a fixed anchor. As a result, the UAE courts have ruled that connection between vessels and objects such as oil platforms does not constitute a collision. Even though the UAE has endorsed the LLMC 76, shipping companies are not allowed to open limitation funds. It is a violation of a fundamental provision of LLMC 76. UAE courts have seemed hesitant to enforce limitation and are recognized to place a substantial burden on the person seeking limitation. The UAE has an article 276 that offers carrier liability for cargo claims, roughly comparable to the Hague-Visby Rules. The very first clause of the article restricts liability for loss of or damage to AED 10,000 (approximately USD 2,720) for every "bundle or component," or AED 30 (about USD 8) per kilogram of the gross value of goods, whichever one is greater. Article 276, Clause 3, prohibits the provider from restricting his responsibility to the shipping company if the shipping company has declared the essence and value of goods in the bill of lading previous to loading.

Courts in the Mideast acknowledge limitation in some form or another. Those who do have seemed to be usually hesitant to start enforcing limitation because it does not would seem to be thought to be a claimant. Although judgments have upheld limitation regulations in applicable carriage contracts in some cases, the principle of the court decision is not accompanied in any of the Middle Eastern jurisdictions.

Good Samaritan Law Introduction What does it mean and imply when one is called a Good Samaritan? The term is regularly used in the news and by people when relating…

Impact of COVID-19 on the Shipping and Maritime Industry