Overview: Security Tokens and Blockchain- An Edge over other Jurisdictions 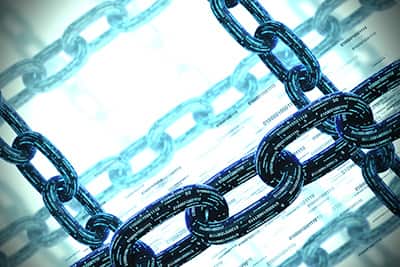 The new age of technology and interconnectivity around the globe and beyond has revolutionized the methods in which we carry out the activities of daily life. Communication, banking, shopping, travelling- technology has eased these areas of our lives to a simple touch on a screen or a click of a button, so it comes as no surprise that this technology can innovate the very basic commodity of our society; currency, to a whole new level.

Capitals, property, and profits are now being digitized as this is cost and time-efficient. But how is this possible? The answer is a cryptocurrency, which is a binary (the computer number system of 0 and 1s) asset which possesses the right to be used.  Blockchain was invented by a person alias Satoshi Nakamoto in 2008 serving as the public transaction ledger for the bitcoin which is a form of cryptocurrency.Thereafter, there has been a proliferation in the entire world with regards to it.

How does Cryptocurrency work

The transaction of cryptocurrency is enabled through the help of strong cryptography which consists of blockchain and security tokens. Say that you are transferring money to your friend’s account, the bank will retain the information of the transaction and update this information on both sides, the sender and the receiver, this information, however, can be easily tampered with by anyone who knows how the banking system works. Blockchain acts as an ‘only read’ information sheet. Blockchain is in simple terms a chain of blocks, where each block is a single collection of data, this data once added is difficult-almost impossible to change as the blockchain is not governed by any central body but simply abides by the protocols of cryptography.  Security tokens are the newest category under cryptocurrency, its main purpose is to remove the middle area or middleman that exists between a transaction.  When the middleman is removed it reduces the chances of risk, fees, and delays and leads to lower fees, faster deal execution, free-market exposure, larger potential investor base, automated service functions, and lack of financial institution manipulation

The Emergence of Blockchain

UAE is an innovation-led society that aims at integration between leading technologies and everyday activities to create an efficient, productive and leading community. Dubai is always at the forefront of achievement, progression and envisions at becoming one of the first ‘smart cities’ in the world. The competent and enduring nature of the blockchain technology is expected to make things more secure, reduce operational cost and accelerate decision-making.

In April 2018, His Highness Shaikh Mohammad Bin Rashid Al Maktoum launched the ‘Emirates Blockchain Strategy 2021’, a collaboration between the Smart Dubai Office and the Dubai Future Foundation, its aim is to make Dubai the first city fully powered by Blockchain by 2020 which would result in saving AED 11 billion, 398 million printed documents, 1.6 billion kilometres of driving and 77 million work hours annually, this is made possible as the integration of Blockchain will handle 50% of all federal government transaction.

The key factors of the strategy are Government Efficiency-increasing efficiency through a digital layer for transactions, Industry Creation- enable citizens and partners to create new business through a technological platform and International Leadership- to open its Blockchain platform for global partners.

Furthermore, alongside the development of Blockchain within the city, Dubai has also introduced an essential factor of international Blockchain development by establishing the Global Blockchain Council; founded by the Dubai Future Foundation. The council is made up of 46 members, consisting of government entities, international private companies, leading UAE banks, free zones and international blockchain technology firms. The council aims to explore, discuss current and future applications, and organize transactions through the Blockchain platform. The council will regulate the implications of the new innovation by only allowing transactions on Blockchain to be successful if all members of the council approve, this reduces the risk of fraud and money laundering which in turn leads to the advancement of prosperity of the current and future business and finance sectors, which in turn boosts transactions between financial and non-financial sectors.

A prime example of a blockchain project in UAE is of Roads and Transport Authority (RTA). RTA is executing a project in order to devise a vehicle lifecycle management system with the use of blockchain technology. The aim of this project is to provide car manufacturers, regulators, dealers, buyers, sellers insurance companies and garages with a clear record regarding the vehicle’s history from the manufacturer to the scrap yard. This blockchain executed system would boost transparency in vehicle transactions, prevent disputes and lower the cost of services.

The Regulation of Cryptocurrency

Although there is no doubt that blockchain is indeed the future of transactions, the success of blockchain demands the regulation of existing legislation with the introduction of the new technology cryptocurrency, which is essentially the running power of blockchain. The regulatory regime regarding cryptocurrency will be developed in accordance with the new technology as well as keeping in mind the pre-existing financial regulatory authorities. The current digital payment regulation prohibits “virtual currencies” although it was later followed up by a statement in which it was clarified that this regulation does not apply to cryptocurrencies.  In the various free zones around the UAE, only a handful of them has issued licenses to cryptocurrency companies and only one has a specific regulatory regime regarding cryptocurrency.

Abu Dhabi Global Markets (ADGM) and Dubai International Financial Centre (DIFC) are the two most popular financial free zones in the UAE. The Dubai Financial Services Authority (DFSA), the regulatory vehicle of DIFC, launched the "Innovation Testing License" for fintechs, allowing firms to test their concepts, largely based on Blockchain technologies within DIFC's territory, whereas the Financial Services Regulatory Authority (FSRA), the regulators for Abu Dhabi Global Markets (ADGM), launched the RegLab sandbox, one of the pioneering licensing frameworks for fintech in the region to test for the same. RegLab is basically designed to proactively develop and anticipate future legislation with regards to the governance of the use and applications of evolving technologies in order to minimize the risk and maximise the benefits. Further, it shall work closely with the lawmakers from local and federal government entities, private sector leaders and businessmen to develop legislations that will be governing vital future sectors which influence humanity and support the region’s role as a global incubator of creative and innovative projects.

In October 2017 a Guidance on the Regulation of Initial Coin/ Token Offerings and Crypto Assets was issued by the ADGM, which provides a framework that ensures the regulation of the system providing reassurance and comfort to individuals, companies, and investors.

Furthermore, Federal Law Number 1 of 2006 on Electronic Commerce and Transactions appears to allude to ‘smart contracts’ in its Article 12 as it states that, "Contracts between confidential electronic mediums that include two or several electronic information systems, designed and programmed in advance to perform so, shall be deemed valid, enforceable and giving its legal effects even in the instance of no personal or direct interference of any physical person," adding that, "concluding contracts between a confidential electronic information system in the possession of physical or juristic person and another physical person is further allowed should the latter knows or is supposed to know that the system shall conclude the contract automatically." This shows that precise and detailed structure is being given to the legislation regarding Blockchain. 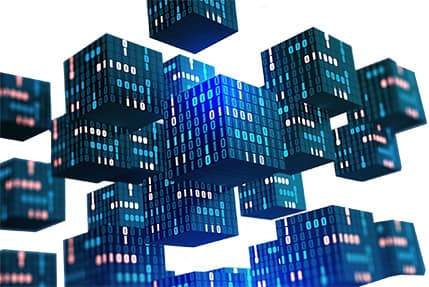 The ability to add a block to a Blockchain creates an interlinking network around the globe leading to the chance to make international connections, the DFSA collaborates with other regulators on technologies and innovation including with the United Kingdom's Financial Conduct Authority (FCA), Bank Negara Malaysia and the Monetary Authority of Singapore (MAS). The nature of the Blockchain integration is such that it cannot be confined within certain geographical boundaries and so cannot be governed by a single jurisdiction. This is because each block of the blockchain arises from different parts of the world. Obligations of various countries differ from each other, this challenge can be overcome by adding a governing clause which would decide the jurisdiction they would be under if any dispute would arise by the parties who enter into transactions and other contractual obligations with each other.

The Future is Bright

The direction of growth and commitment seen over the years as we come closer to 2021 makes it abundantly clear that UAE is a forerunner in creating a highly innovated society that integrates the latest technologies and developments.