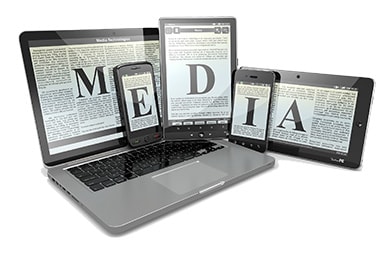 The media and telecommunication industry is one that is fast evolving worldwide. From an earlier time period where Print and Radio were considered the primary outlet of entertainment and news, which was slowly replaced by television with a variety of channels for the viewer to consume. From the time since cable television was established, the evolution of television has been drastic and vibrant. Even then, this transformation, while drastic, was gradual. From Black and White to color, to animations and reality TV, this process of evolution was well over a period of 100 years.

At the beginning of the 20th Century, a new form of media and telecommunication was emerging, known as the Internet. While initially conceived with the idea of establishing communication between entities in different countries, this piece of technology evolved, drastically and as quick as one can imagine, in a span of a decade and some to provide for services unfathomable to mankind.

At a time like this, regulating these industries and space is difficult. With ever-evolving practices and propositions, countries find itself at an impasse to update regulations in such a quick span of time.

The Government of UAE established the Telecommunications Regulatory Authority as per Federal Law by Decree Number 3 of 2003 as an independent authority that is empowered to regulate this industry. This Decree provides for the various duties and powers the Authority has in regards to the communication sector of the country.

Article 8 of the Decree provides for a head office to be established in Abu Dhabi with an office in Dubai, and more offices in different as it may deem necessary. As of now, there are three offices, two in Abu Dhabi and one in Dubai.

Establishment of this Authority allowed for a second telecom operator in the country by the name of Du to be introduced. This reduced the call rates and internet packages that were earlier only provided by the sole telecom provider in the country known as Etisalat. It is to be noted that although the establishment of two service providers encourages a good alternative for customers, the TRA is excluded from Anti-trust regulations. The Authority is also exempt from being audited by the Audit Bureau. The TRA is authorized to exercise various authoritative activities such as: 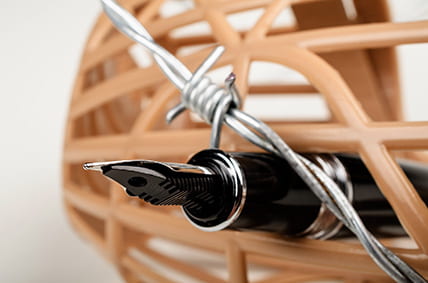 Article 10 and 13 further enumerates the powers and duties of the Authority. The Telecommunication Regulation Authority is also responsible for various regulations including dictating terms on portability of numbers and numbering plans, and usage of radio spectrum pursuant to the Law.

Any activity in relation to telecommunications in the country requires a license to be issued by the Authority or an agreement with an already licensed operator.

There are two types of licenses granted by the TRA:

A company incorporated under the Commercial Companies Law and a judicial entity or a subsidiary company of the judicial entity, after obtaining approval from the board, is eligible to apply for a Class License.

Applicants under this criteria are required to provide various information such as the company management and shareholding structures, their business operations, the type of network and services they intend to provide, funding source, and any other type of information that may be required by the Authority. These licenses are issued for a period of 10 years and for services which require the usage of scarce resources of spectrum and numbers.

These classes are dependent on the resources requested and did not refer to open class of available licenses.

TRA is also the Authority that has jurisdiction over the radio spectrum. The Authority is responsible for allotting and revoking any frequency as per the National Frequency Plan. There is a fee to be paid to be authorized to run a radio station, decided as per the Federal Law or Executive Order.

Other Areas of Authority

While majorly authorized to preside over telecommunication sector, the TRA has also published various regulations such as UAE Information Assurance (IA) Regulation for information assurance at the national, sector, and entity levels, and other acts in relation to the cyber world. It is to be noted that there is a Cyber Law Act and a Decree-Law which regulates combating Cybercrime, and in cases of crimes committed on the cyberspace that is not specified for under the provisions of these acts, shall also be tried as per the UAE Penal Code. The TRA also regulates Internet Access Management Policy which provides a criterion for a website to be allowed on the UAE domain. Any website or app that violates such regulations shall be blocked on the cyberspace in the country. One such recently regulated areas are Internet of Things (IOT). The TRA published a policy in 2019 mandating IoT service sector to be compliant as per the laws set out in the regulation. The TRA provides for stricter data protection standards, as such. While the TRA does not explicitly prohibit the usage of VoIP technology, such apps or entities are required to be in compliance with Etisalat or Du to be legally operational in the country.

The TRA cleared in a recent meeting held by the cabinet that regulating video and internet calling apps such as Zoom and Google Meet does not fall under the purview of the Authority.

Media is an ever-emerging and evolving field that is regulated by various legislations in UAE. Due to the unique position of the population in the country wherein expats comprise well more than half of the population, it can be seen that different outlets of media are occupied by a representative of each expat community living in the country. This leads to a cocktail of channels in terms of various media outlets that have a presence in the UAE. As is the case, there are also various regulations that monitor these media spaces. These are:

National Media Council (NMC) was established as per Federal Law Number 11 of 2016 and is entrusted with the task of regulating media in the State. As NMC is a federal body, the regulations provided for by the body is to be followed throughout the country. With that being stated, a few Emirates have state authorities that regulate their media, but those authorities shall also be in coordination with the NMC as required. The Chairman’s Board Resolution Number 30 of 2017 provide for the scope of Media Activities and its licensing requirements. Media Activities as per Article 1 of the Resolution shall be:

“Any activity that is related to production, transmission, transfer, distribution and sending print, digital, Radio and Television information via media, including journalism, publications (printed matters), Radio and Television Broadcasting, cinema movies or shows and any other relevant activities as determined by the Council.”

The NMC is responsible for various activities in relation to media, such as drafting required legislation for the media, development of the policies as required in the country, and coordinating with state bodies and their legislation while observing the foreign and domestic policy of UAE.

As stated earlier, in terms of TRA regulated activities, it is required that any activity that falls under the ambit of Media activities needs a license to be carried on in the country. There are various requirements needed to be adhered to dependent on the nationality of the applicant.

If the applicant is a UAE National, then he should be:

GCC National Applicants are to also adhere to the aforementioned principles, along with:

While the regulations are different criterion dependent upon nationality, it can be seen that they overlap with each other. Regulations on a base level, hence, are the same for all nationalities, with slight variation and addition dependent upon the type of person. While this is just a comprehensive requirement that the applicant needs to fulfil, the licensing requirements set in Article 7 is similar for everyone. A person or entity is required to:

In 2017, NMC issued Resolution Number 23 of 2017, which was issued as Digital Regulations in 2018, concerning media content. This regulation expanded the scope of media regulation to Digital content production and distribution. As is the case with Press Law, these laws are applicable to media free zones as well. Various content standards are also established which were already provided for in the Press Law such as respecting the Islamic Faith, religious beliefs, State, cultural heritage, symbols, institutions, not harm national unity, security, or economy of State, and respecting intellectual property rights.

It was now required by the Committee to establish a Website Censorship Committee, a Permit requirement for circulation and printing, amongst others. Traditional Mass Media such as newspapers, magazines, television and radio are now required to license their websites as per the Regulations. Individuals who are influencers or conduct business through personal sites, blogs, or social media. The fees for such licenses would vary from a 1,000 AED to 15,000 AED per year. 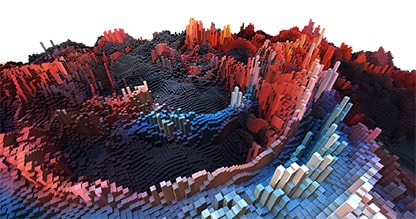 While UAE is regulating various outlets of media and communication, a lot of the regulations provided are under broad terms and opaque. It is still at its developing stages and requires a specific set of guidelines in terms of these regulations on various fronts. As is, the current regulations cover a broad spectrum of outlets and mandates such outlets to be registered or licensed as per requirements. The laws are stricter in comparison and entities or individuals using this space should be very careful of the statements they make and the people they connect with. The cyberspace here, albeit regulated through different legislations, is still one of the most strictly regulated space and that has to be kept in mind while carrying out online activities.