The legislation encompassing the new regime for taxing non-residents’ gains on the United Kingdom (the UK) commercial real estate came into effect on 6th April 2019. Her Majesty’s Revenue and Customs (the HMRC) has additionally published draft guidance on this recently introduced regime. This article briefly summarizes the new rules. 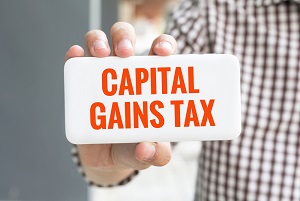 Capital Gains Tax (the CGT) is such tax which is due as a result of financial gain, which is often referred to as profit which is received once an asset is disposed or sold off. When the sale value is subtracted from the original purchase value, the remainder is the total gain.

For more clarity, if you are selling an asset, the sale value will generally be the sale price of that asset, or in certain cases, the current market value which the asset could be reasonably projected to sell for in an open market. The market value is used in instances where a property is given away, sold at subsidized cost or when the property is passed to a connected person, like a family member. Additionally, market value is used while calculating the original cost of the property in instances where such property was inherited or was owned prior to 31 March 1982. Costs of improvements made to such property during ownership, excluding maintenance and decorations, may be deducted.

Upon the calculation of total gain, one may apply for any allowances and/or tax relief before calculating the CGT using appropriate rate.

Historically, United Kingdom Capital Gains Tax had a territorial limit, and with a few recent exceptions (relevant to residential property) non-United Kingdom residents have remained outside the scope of UK CGT on their investments. Consequently, the UK made an attractive jurisdiction for inward investment, giving foreign investors an incentive to choose the UK over other jurisdictions that have long taxed foreigners on their gains. A great degree of flexibility was brought due to CGT’s territorial limit in creating tax neutral fund structures and co-investment. The absence of Capital Gains Tax allowed investors with such exemptions which include charities, sovereign wealth funds and pension funds to co-invest in the real estate market along with those without such exemptions without tax leakage, and it is this flexibility which was vital to facilitating joint ventures between those with cash-rich institutions and management expertise.

A vehicle is considered property rich when it derives a minimum of 75 per cent of its value from real estate in the UK. Those investors who holder less than 25 per cent of the vehicle, in limited circumstances, will be considered outside the purview of the charge. Interests held with related parties are aggregated, and the above threshold of 25 per cent does not apply in cases where the vehicle is a type fund including real estate investment trusts. However, the 25 per cent threshold would apply to such investors who are marketed on the bases that not exceeding 40 per cent of their total investments are projected to be in real estate in the UK. This safeguards that investors with small stakes who were not marketed as real estate funds in the UK, but are property rich at the time when the investor disposes of such interests, will not be subject to CGT on their gain.

For commercial properties, an option of rebasing was available till the 5th of April 2019, which meant that investors would only be subject to CGT on the gains that arise from the 6th of April 2019 onwards. 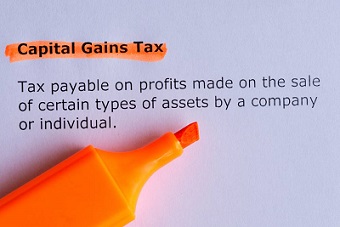 There is a trading exemption in the new rules which apply to the sale of companies with heavy trades in real estate. The above exemption is specifically valuable to private equity funds investing in restaurants, retail and hotel chains. The disposal of such company that some of its land used for non-trading purposes may benefit from this exemption on a condition that such company’s non-trading land accounts for less than 10 per cent of the value of its total property.

The already existing SSE, short of ‘substantial shareholdings exemption’, which is available for trading companies, continues to be available for them. It can be more plentiful on the basis that activities that non-trading in nature uses 20 per cent threshold to determine if the trading requirement is met or not.

Where a property rich company is owned by qualifying institutional investors (sovereign wealth funds, charities and pension funds) with an appropriate proportion of 80 per cent, for SSE purposes, the trading requirement is dropped.

The essential benefit of this trading exemption is its availability to non-corporate shareholders like unit trusts and individuals, which is unlike substantial shareholdings exemption. Where the trading exemption or the SSE is claimed on property rich company’s sale, the target does not benefit from the similar rebasing of its real estate assets as entities sold by funds under the new regime.

A non-resident investor can only be taxed by the UK if the terms of a double tax treaty between the United Kingdom and jurisdiction of a non-residents permits it. Amongst the double tax treaties that the UK is a party to, most of them allow the UK to tax non-residents on disposals of vehicles that are UK property rich as well as the direct disposal of real estate in the UK.

The Luxembourg/UK treat is an exemption to the above. This treaty prevents the UK from taxing on gains which are disposals by Luxembourg residents of interests in property-rich vehicles in the UK.  Several joint ventures and real estate funds use Luxembourg vehicles, and this protection under the treaty will effectually preserve the current capital gains tax treatment of such vehicles.

The process of renegotiation by the UK concerning this provision in the Luxembourg Treaty is on, so it is fair to presume that such protection may not last long. But it is also important to note that renegotiating double tax treaties can take a lot of years. The new regime includes rules that prevent the establishment of new structures in Luxembourg to take advantage of the UK/Luxembourg Treaty protection from capital gains tax.

When the new regime was announced, one of the main concern that arose was regarding the treatment of funds including other collective investment vehicles which commonly use non-UK holding vehicles for their investments in real estate. The pension funds in the UK and the other institutional investors hold a huge proportion of the real estate investments vide these structures, and additionally, without special rules these vehicles would be subject to tax, resulting in the investors suffering tax at the fund level, where they would not if they held these assets directly. They would have also faced from their sale prices being discounted by the buyers for “latent” gains in the structure. Also, funds with master holding vehicle could have been liable to multiple charges on a single gain.

This issue has been largely addressed in the engagement between the industry and HMRC. Joint venture vehicles and funds can enter into elections, which will have the effect of shifting gains in the holding structure up to the investor’s level. This would allow pension funds along with other exempt entities to benefit from such status of exemption, and receive their profit free of tax.

It is important for these elections to ensure that tax leakage is prevented at the fund level and that exempt investors continue to be attracted to investing in real estate in the UK via joint ventures and funds without facing additional tax that they would as against their direct investments. The downside of such funds electing is that they will subject to more reporting obligations. The introduction of new rules is being considered by the government that would allow for returns to be filed for funds as well as pay taxes on behalf of their investors, which would indubitably alleviate this. However, any of these rules look unlikely to be introduced for a while. Blocked vehicles could be used in the meanwhile to shift the burden of compliance from investors to the fund, in cases where investors are not willing to file UK returns.

A collective investment vehicle that is transparent for income tax can elect to be so for CGT purposes as well. Where such an election is made, it will be considered as if the investor held the property directly or technically in partnership with another investor(s). When the property is sold, it is treated underlying property being sold by the investor.

For clarity, it means that investors that are exempt, would not be taxed on disposals by the vehicle. Additionally, the taxable investor is subject to tax only once. Since the vehicle is transparent in nature, there is no latent gain in the vehicle due to which the buyer may discount the price. In light of the above advantages, it is likely that the investors will opt for transparency.

It is pertinent to note that this election is irrevocable and it must be made within a year of such vehicle acquiring United Kingdom property. For transparency elections, the consent of all unitholders is required. 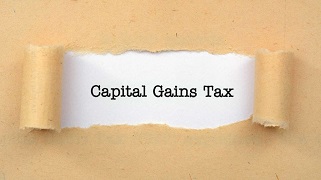 Joint ventures and real estate funds with non-UK vehicles that meet certain conditions may elect to be exempt from capital gains tax. The rules are complicated. In broad terms, a fund must either be non-close and have less than 25 per cent protected investors, or it must meet an extensively marketed test. Structures that are controlled by five or less than five participants are closed, though certain qualifying investors such as real estate investments trust, sovereign wealth funds, pension funds to name a new, are disregarded for these purposes. Several joint ventures where such investors are involved should be able to profit from this exemption election even though they have not been marketed.

The fund vehicle in his entirety is tax exempt when this election is made. Additionally, all of its subsidiary vehicles will be exempt from tax as well.  Gains realized by joint ventures that hold a minimum of 40 per cent in the exempt fund will also profit from the proportionate exemption. Essentially, these exemptions apply to both non-Uk and UK subsidiaries. Real estate assets of the property holding vehicle are rebased when such vehicle leaves an exempt fund. This ensures that a buyer does not assume latent gains which result in price discounting.

These funds must provide up to date and correct information related to the fund disposals and investors for each accounting year if they wish for such exemption to apply. HMRC realizes that certain fund managers would not hold relevant information that is required under the new rules, and in some cases, will not be permitted by their fund constitution to reveal details of their investors. The provisions may cause problems for groups with minority investors, and restructuring would be required in such cases, as to enable the vehicles to profit from the exemption.

The new regime reflects the government’s intention of levelling the playing fields between overseas and domestic investors in UK real estate. CGT’s net extension may have made an indirect investment in real estate rather prohibitively inefficient for investors that are exempt, though the exemption and transparency election options for co-investment vehicles should bridge the result of the changes that this new regime would bring to the investors.