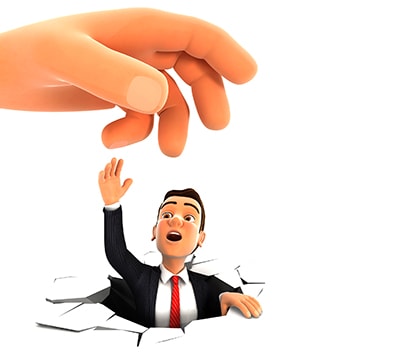 What does it mean and imply when one is called a Good Samaritan? The term is regularly used in the news and by people when relating to stories of do-gooders in action. The name originates from a biblical story in which an individual helped another in need, though many at the time would have considered the act as unexpected. This act of non-profit driven kindness was the original inspiration for what a Good Samaritan is. In more recent times, the world has become more profit-driven with people regularly putting themselves before others. Of course, doing so, especially in times of danger is mostly considered normal, and frankly, the natural response; this is why the performance of such selfless acts is deemed to be exemplary and exceptional.

The world around us is also in a constant shift. Since the time of the original tale of the Good Samaritan, laws have become a critical deciding factor in the actions of people. Generally speaking, we always think before committing to an act, for the iron grip the law holds over us can rarely be evaded. Actions deemed illegal, questionable or even unfamiliar will rarely be committed for fear of repercussions. In some ways, the world around us is deeply invasive, with nothing hidden from the authorities. As such, even when it seems we are alone and clear of prying eyes, there is still caution.

Due to the changes, we also now have a different definition of a Good Samaritan. The description generally describes the same type of person, but in a more legally acceptable way. The current definition is more along the lines of an individual who voluntarily provides aid in an emergency to a sick or injured individual. This act would be outside of their range of work and entirely optional for them.

Around the world, there are ‘Good Samaritan Laws’ whose jobs it is to place limitations on actions of this kind. This idea may sound bizarre; a law that dictates just how helpful and selfless you can be. Indeed, there will likely never be a politician who would outwardly express this view. However, the primary purpose of the laws that are in place is to help decide where liabilities lie.

When you help someone, in the case that things are made worse, there will lie a liability upon you for the damage caused, and this is what the laws look to establish. There have been cases arising in which this is the very issue. People have been seemingly incorrectly blamed for actions derived through innocent concern for others, and this can and does produce somewhat of a deterrent.

In this article, we shall take a narrower look at the Good Samaritan laws of the UAE, and what the stance is within the country on matters such as these. The rules look to protect those who act in a manner describable as Good Samaritan.

The UAE is considered to be at the forefront of Good Samaritan protection laws within the Middle Eastern region. Generally, across many of the other neighboring countries, there are either minimal regulations on the matter or none at all; this is a significant disadvantage, as it gives rise to uncertainty. Should cases of this manner arise, what laws are to be followed to reach verdicts? How would one even begin to tackle this topic?

The UAE is therefore at the forefront in this regard. While the nation does not have its own stand-alone Good Samaritan law, there have been talks of one coming soon. The negotiations began in late 2017, and the code is currently in the draft stage.

While the law is currently yet to finalize, there have been other attempts to convey the information to the public by the government and authorities. There was advice given relatively recently by the authorities in which they stated that, while it is within human nature to help those in need, in the case of accidents, it would just be best to call the police or ambulance (or appropriate authority) to deal with the issue. Doing this would allow one to bypass any liability for damages caused.

Perhaps the biggest worry on the topic is of a death resulting from the attempted help; this could potentially lead to a murder charge or similarly severe ends.

A recent UAE incident which demonstrates this unsureness concerned an 18-year-old Emirati individual who rescued six girls from a car accident. The individual was in fear, however, that they would receive reprimands due to the current nature of the legal landscape.

A case which dealt with this matter, though not occurring in the UAE, took place in the USA. In this case, the defendant was sued by the state after she had attempted to rescue her friend following a car crash. The primary defense utilized was the Emergency Medical Service Act of 1980. However, the California court’s verdict, in the end, was that the Good Samaritan would not receive protection under this law as it only applied to medical professionals performing acts of an emergency nature. 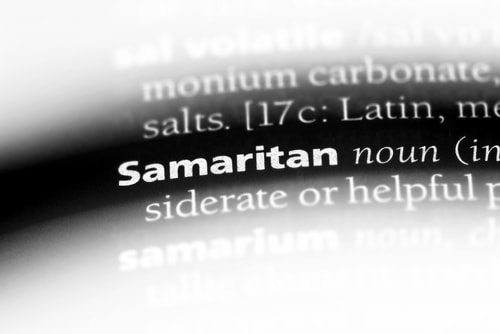 The Mens Rea or mental element of a crime is a vastly important point. The UAE Penal Code (Federal Law Number 3 of 1987) itself is what is currently used to dictate damages caused, including in a case of Good Samaritan action. It issuing was by the Abu Dhabi Judicial Department, and alongside it, they have also provided a UAE Criminal Law Overview. The Penal Code itself does not consider the concept of Mens Rea, though the overview does. Within it, is stated in Chapter 2 that a Mens Rea is one of the two necessary aspects to any action. The other element is the physical process of performing the act, and then there is the intent. If either of these is missing, liability is not possible.

This concept adds an extra element to the mix. One acting as a Good Samaritan will not have the intention to cause harm, even if that is the eventual outcome. Therefore, the possibility of murder is minimal.

The next possible level of accusation to this is that of manslaughter or some similar crime; this will be a regrettable outcome for both of the parties involved, and the official federal legislation would look to protect the well-meaning party in here.

A rather complicated case arose in Ohio, USA. The Case of Carter v. Reese in which a truck in an accident pinned the plaintiff. The defendant then proceeded to act and provide what assistance they could. However, the plaintiff (the individual assisted) believed the defendant acted negligently and sued. The court though, held that the Defendant worked as a Good Samaritan and so they were innocent of any crime or negligence.

The UAE and its surrounding Middle Eastern Muslim countries mainly follow Islamic Sharia principles in areas where there are no official laws and regulations; this is also the case within the UAE at this time, and it is more than likely that the future law will at least in part, incorporate Sharia Principles.

The question that then arises is of what the Islamic verdict is regarding this topic. It is straightforward. In the case where an emergency is occurring, it is permissible to intervene to attempt to assist where possible and try to save a life. This verdict is the case regardless of either of the parties’ genders or religions. As such, going off of Islamic Sharia Law, a ‘Good Samaritan’ would be protected.

The upcoming Good Samaritan law would look to draw from numerous inspirations. Being a UAE law, it will undoubtedly bring from Sharia Law. Sharia Law as previously covered would be highly essential and also similar such regulations from international jurisdictions would also receive consideration. It helps that the Sharia principles are very much in line with these international laws which will mean that little to no compromise will have to occur in the law. 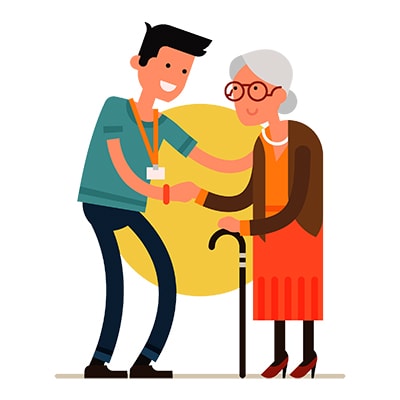 It is essential to bear in one's mind that one should always try to act reasonably and logically. While it may be seen to be human nature to help those in need, it is the responsibility of every person to think before acting; this is not to say that one should not perform, though instead, actions should take place within the limitations of an individual. If they are untrained to do anything, they should not do it, and caution and clear thoughts still hold value before making any move.

The current levels of protection for Good Samaritans in the UAE are decent and undoubtedly superior to anything else in the region, though the uncertainty of not having a stand-alone law to dictate and layout rights and duties still looms. The future law, while even in its early phases, will put many of these burning questions and concerns to rest, and can only lead to a more favorable environment.

It is essential to remember and bear in mind that while some of these laws may seem harsh and even morally wrong, they are not necessarily so. Instead, as with many rules, they look to maintain the balance within society and ensure social order prevails. People have roles to fill through their professions and jobs, and so a medical professional or police officer should be the only ones to perform those said duties. Of course, the unpredictability of humans and the world we live in is do not allow for stone-set attitudes, and this is recognized. The reason for the newly discussed Good Samaritan Law in the UAE is due to this very base nature of the world around us.