A Combat Against Dirty Money 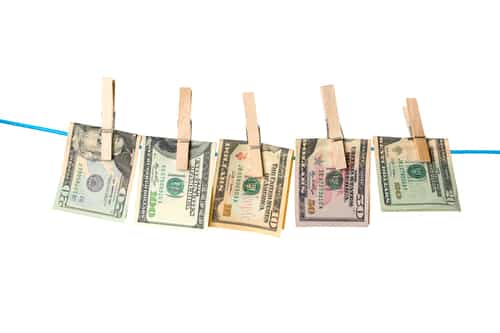 Shorter distances, instant transfers, fast connections are a movement towards the emerging globalization. As it is getting easier and quicker to gain anything on a click of a mouse and enabling individuals and corporations to reach around the world farther, faster, deeper, and cheaper than ever before, it has also resulted in new risks. It has turned the international financial system into a money launder’s dream. This inadvertent consequence of globalization offers a serious challenge to law enforcement agencies and financial regulators.Money-laundering is the process by which criminals cover the illegal origins of their means and safeguard their assets, to maintain a safe distance from suspicious law enforcement agencies and avert leaving a trail of incriminating evidence.The Wolf of Wall Street is a perfect movie that shows the glamour and the dark side of money laundering where the fun doesn’t last for long!

Money laundering is one of the most creative crimes of the 20th Century. To understand the concept of Anti- Money Laundering, one must first understand what Money Laundering is. Numerous business persons around the world are known to make money through illegal means which could be frowned upon by the society as well as by the laws governing a state. Massive amounts of funds get generated from illicit activities such as drug trafficking, tax evasion, smuggling, theft, arms trafficking and corrupt practices. These dealings of funds are mostly in the form of cash. The criminals who generate these funds need to bring them into the legitimate financial system without raising doubt.

The conversion of currency into other forms makes it more usable. It also puts a distance between the criminal activities and the funds. ‘Money laundering’ is the term given to the process by which illegally obtained funds portray the appearance of having been legitimately acquired. Money can be laundered in many ways if one has the crookedness and the willingness to take the risk. One may reduce the amount to smaller cash flows and add it slowly into the business stating profits since if there is a lump sum amount of money flowing into the legitimate business at the same time, it could raise suspicion. Another cunning trick a launderer could play is by illegally depositing gained sums into an off-shore bank that has strict secrecy and would not disclose the details of the accounts to any government due to their rules and regulations. Over time, the involvement of trusts has also played an enormous factor in money laundering as such institutions do not necessarily have to disclose the details of the trustees or their income. Hence, it is a system which helps the launderer disguise his money as a legal form of revenue by not disclosing the illegal source through which the money gets obtained.

To eliminate the illegal means of converting illegitimate funds into legal obtained, Anti Money Laundering got enacted. Anti-Money laundering is a set of rules and regulations that govern how Credit institutions that accept credit and payment can detect if the cash deposit to said institutions involve illegal procedures or not. There has been an argument stating that the Anti Money Laundering laws only cover a limited number of transactions. Some comment that such deed does not expand to all types of criminal activity. One must, however, note that these laws help set up the basics for the institutions that accept credit from customers and it is up to the institutions and not up to the government or the launderers to be in touch with these rules and regulations and make sure that they follow it. The anti-money laundering laws are used to mainly target all sorts of suspicious activities which include tax evasion, funds of the public that could be corrupted and primarily the trading of goods which are illegal in the country where the laws are set up.

Implications of the Law

The Federal Law Number 4 of 2002 concerning Anti-Money Laundering (the Anti-Money Laundering Law) discusses the importance of Money Laundering and the incriminating rules and regulations that are put forward to combat this illegal movement. The Federal law also states that the launderers who commit this crime shall be criminally liable for this offense. The Law that has come into place in the United Arab Emirates allows the Central Bank to possess the power of freezing the assets of any suspected accounts that are believed to be laundering money for not more than a week. The Public Prosecution also has the authority to order the seizure of such suspected property or proceeds.

The Federal Law has given the Central Bank the authority in the United Arab Emirates. Under the Federal Law, the Bank has the power to set the limitation for the amount that one can deposit into the account without any need of showing proof or declaration. In the event of limit getting exceeded, the account holders are under obligation to show a certificate of declaration via the declaration system stating how the money had come into account. The Central bank has also set up event Unit that aids with detecting any suspicious activity that takes place which could relate in any way to money laundering. Once the Unit detects any suspicious event, they have to notify the Attorney General about said suspicion and the Attorney General should take the necessary action.

The Anti Money Laundering Law also states the punishment that is faced by the offenders for the crime related to Money Laundering, and since the United Arab Emirates take the offense very seriously, the penalty for such an act is usually very vigorous. The punishment itself includes a jail term of up to seven (7) years or a fine of AED 300,000 (UAE Dirhams three hundred thousand) or both. These provisions are one way of countering Money laundering by creating severe punishments for such offenses. Even if a person knows money is getting laundered but fails to report it to the authorities, he could be in cold waters facing a term of imprisonment as well as/ or a fine ranging around AED 10, 000 (UAE Dirham ten thousand). 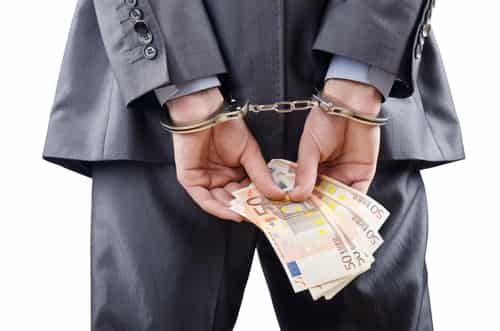 Whistle Blowing is a process where a person who is working in an organization finds out that the organization is dealing with an activity that is deemed illegal and comes out to talk about it to the higher authorities within the organization or to the outside world by publicly speaking about it. People who come forward to discuss are hence called Whistle Blowers, and they are said to undergo scrutiny for leaking the confidentiality of the organization. Since this happens, the whistleblowers are protected by specific laws, and in some instances, a third party could also offer protection to the whistleblowers.

In the United Arab Emirates, there has been no law regarding the Whistleblowers for a very long time until recently one implemented in 2016. All over the world, whistleblowers would get protected by the law, and they would have certain advantages to not lose their job due to the exposure of the unlawful activity. However, it is not the same in the United Arab Emirates, in this country, the whistleblower is said to be at risk, and they are liable to have breached the Law even if they have informed the police or the authorities of the illegal activities.  This provision is because the whistleblowers have violated the employment contract. For instance, when employees had entered into an employment contract, they would have signed a confidentiality agreement stating that they would maintain the confidentiality of the company and cannot spill out company secrets which will lead to a breach of the privacy of the organization. In the UAE, for being a whistleblower, the punishment could range up to imprisonment for one (1) year or a fine of up to AED 10, 000 (UAE Dirham ten thousand).

These rules have taken a change in the New Financial Crime Laws stating that protection can extend to the whistleblower depending on the crime that has reported. This law, even though in place has not yet been well implemented so is still a working progress and whistleblowers in U.A.E need to be cautious on how and who they share the trade secrets or the illegality of the organization with.

In India, laws that came into form at the beginning of the 21st century, the main objective was to reduce or eradicate money laundering and if an offender has been caught with money laundering, the government was instilled with the power of confiscating any property that the money launderer would have purchased from the profits that were derived by illegal means. Many people who have power and influence in India are able to get away with laundering money but sometimes they get caught due to the intensity of the amount as well as the power that the person has internationally. The best example for such a scenario is the case of Vijay Mallya, a billionaire at one point who has absconded and charged with offenses regarding Money Laundering. All the property that was in his name had been seized and were sold at auctions to the highest bidder. In summary, even though there could be many cases of people evading the government in India when they are caught for the offense, they are punished to the highest extent and the money is dissolved.

In the United States of America, money laundering is settled by two ways. One is the preventive method, which means that the financial institutions have a certain amount to which the client is able to deposit the money into the institutions and if the amount exceeds that given a certain amount, the client will have to declare the method through which they have obtained the funds and the means through which they received it. This is to prevent any sort of money laundering at the early stages.

The other way is the criminal route, where the offender has been caught with laundering money illegally and in this case, it would lead to criminal investigation and if guilty, offender is imprisoned. In the USA, there are strict punishments to combat money launderers.

Money Laundering co-relates with Customer Due Diligence since it deals with the problem at its early stages. Most of these foreign banks knowingly as well as unknowingly are involved with the crime of money laundering because they wish to keep their client's information intact. It ends up attracting large customers and them in return deposit a considerable amount in these foreign banks since there are no questions asked, and no questions answered. Hence, there is a problem with the regulations in these types of institutions and even though the rules in Banks in the United Arab Emirates are strict. The businesses that take place here may also deposit the illegal money that has been made into offshore banks where the rules are more lenient, and the launderers do not face any problems.