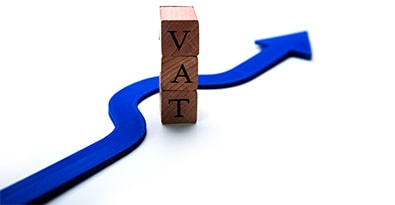 Value Added Tax (VAT) was introduced in the United Arab Emirates upon the issuance of Federal Decree Law Number 8 of 2017 and was implemented just as the year 2018 was heralded. Value Added Tax is the tax on the consumption or use of goods and services that is levied at each point of sale. It is an indirect form of tax that has been levied thus far on upwards of 180 countries worldwide. While businesses collect and account for the tax on behalf of the government, the end-consumer ultimately bears the cost.

Since the implementation of the VAT, the VAT landscape has changed in dimension considerably. In the summer of 2018 itself, intending to cater to this evolution, the Federal Tax Authority published several updates in the form of a Cabinet Decision, FTA Decision, New Guides and Public Clarifications. This article will explore some of the same in order to understand the breadth of the applicability of VAT legislation, especially with regard to goods purchased before the 1st of January, 2018. For the sake of clarity, the system supporting this form of taxation has been delineated below.

The mechanism is relatively simple – a business house conveys the tax that it has collected from its customers to the government. Concurrently, the government furnishes the business with a refund on the tax that it has paid to its suppliers. At the end of the chain, consumers bear the whole brunt of the tax in the form of a 5 percent increase in the cost of taxable goods and services they purchase in the UAE.

Businesses are mandated to register for VAT if their taxable supplies and imports exceed AED 375, 000 per annum (mandatory registration threshold). In contrast, VAT registration stays optional for businesses whose supplies do not exceed AED 187,500 per annum (voluntary registration threshold). The rights and obligations of VAT-registered persons include i) the charging of VAT on the taxable supply of goods and services, ii) the claiming of the input tax credit on VAT paid on their purchases, iii) the payment of VAT to the government, iv) the periodic filing of VAT returns, v) the maintenance of proper books of account & records, and vi) general compliance with the VAT Law and rules & regulations.

At the end of each tax period, tax-registered businesses, i.e. the "taxable persons" are required to submit their tax returns to the UAE Federal Tax Authority.

What the VAT return represents is a valuation of the supplies and purchases in the taxable person's name during the tax period; it reflects their VAT liability. 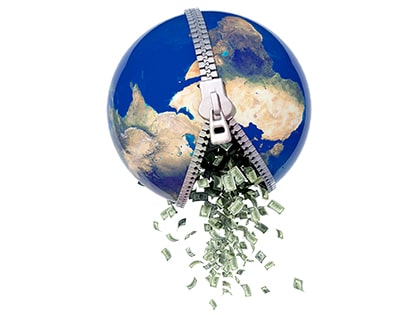 The liability of the VAT is the exact difference between the output tax payable (the VAT charged on supplies of goods and services) and the input tax (purchase-incurred VAT) for a given tax period, recoverable for that exact period. It should be noted that, where the output tax outstrips the input tax amount, the difference is to be paid to the FTA. Conversely, where the input tax exceeds the output tax, the taxable person would be able to recover the excess input tax; this could be set off against subsequent payment due to the Federal Tax Authority.

A VAT registered entity is entitled to apply for VAT De-registration to the Federal Tax Authority, in case he can show for any of the following scenarios; i) the cessation of his production of taxable supplies, or ii) the dive in the value of taxable supplies made over the period of twelve (12) consecutive months such that it is less than the voluntary registration threshold, as per Clause 2 of Article 17 of the UAE VAT Law.

The recoverable input tax for any tax period is the total input tax for goods and services which are intended to be used to make (i) taxable supplies, (ii) supplies which made out of state, but which would have been taxable supplies had they been made in the state, or (iii) supplies, made out of the state, which would have been treated as exempt had they been produced in the state.

As per Article 54 of the UAE VAT Law, the taxable individual shall be entitled to treat the tax paid with respect to the import of goods as recoverable tax, if the goods were imported by him through another implementing state, and the intended final destination of those goods was the state at the time of import.

The Claim of Input Tax Paid prior to Tax Registration

The goods which fall under the purview of the profit margin scheme are and stay limited to i) second-hand goods (i.e. tangible, moveable property that bears the potential for further usage as it is, or after a degree of repair), ii) antiques (i.e. goods which are upwards of 50 years of age), and iii) collector's items (i.e. stamps, coins, currency). The profit margin scheme allows VAT to be accounted for by the dealers of these second-hand goods on the profit made on the supply only, give that certain conditions are met.

With regards to eligibility, VATP002 confirms that only those goods which have been previously subject to VAT qualify under the profit margin scheme. This is of notable importance with respect to goods which were originally supplied prior to the 1st of January 2018. Furthermore, the input tax on the purchase of such goods should not have been recovered by a table person, as per Article 53 of the VAT Executive Regulations.

Businesses which do make extensive use of the profit margin scheme, for example, those operating under the umbrella of the automotive industry, could prudently put records in place to identify the goods eligible for the profit margin scheme, and the goods that require accounting for VAT on the full selling price. The identification of the differing treatment for the two sets of goods could set up in the ERP system in a conspicuous, non-overridable fashion. Previous transactions must also be regularly reviewed to monitor risks, such as VAT that has been under-accounted for; this might warrant a voluntary disclosure.

It is important to note that the FTA issued a clarification stating that the profit margin scheme could not be employed in instances where VAT was not charged on goods. Such instances include goods being purchased prior to the implementation of VAT, or stocks in hand having been acquired before the 1st of January, 2018.