Taxation Laws in the GCC 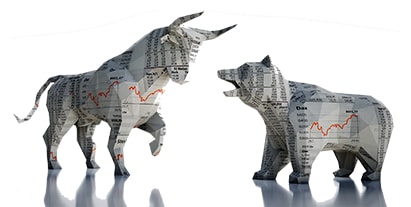 Gulf co-operation council is the abbreviated form of GCC. It came into force in 1981.   It is the union of all Arab state except Iraq and UAE is one of its member states. Saudi Arabia has head first a proposal to make the GCC into Gulf union for the betterment of its administrative functions. There are six gulf countries Bahrain, Oman, Kuwait, Qatar, Saudi Arabia and UAE are the main GCC countries. The purpose of GCC is to maintain unity among its member countries. The main objectives for the formation of GCC countries are for the common currency, common market and customs union which was set forth by the GCC supreme council. And the other objectives include formulating rules in the field of trade, finance, legislation. scientific progress in the field of agriculture, mining, and encouraging the private sector and bonding with the people.  The economic growth of the GCC countries depends  on its vast petroleum, oil and natural gas resources , but at present situation many countries have found out its own oil and natural resources hence its effect the economic development of Gulf countries as a result of it the gulf countries introduced the lowest rate tax of 5 per cent in order make a stable economic development. A common market system was established for the nice movement of goods and services in the GCC countries, it provides equality for the GCC citizens to work in all fields mainly public and private sector but the disadvantage is some bar in the movement of goods and services.  Coordination of taxation system, accounting and civil legislation is still in progress.

Tax is a compulsory payment of financial charge which is imposed on individual or entity by the governmental organization in order to develop various public expenditure. Non- payment of tax is punishable by the law. The State can impose civil penalties or criminal penalties for the non- payment of tax fully.  Taxes are of two types Direct tax and Indirect tax.

It was in the year of 2015 the oil and petroleum price of Gulf countries came to its much lowest price. So, in order to meet future needs, the GCC countries representative agreed to sing the VAT treaty. It was in the year 2016 they entered into this agreement. it was not the oil and gas which made the economic growth of the GCC countries disappeared completely, the true fact is that many countries started using non- renewable resources.  For example, the developed countries like the United States they started producing their own oil and petroleum hence it becomes a tough competition for the Gulf countries because they were the sole distributors of oil and gas in the whole world. By keeping it in mind the gulf countries planned for the future and contributed money for the future growth of their nation. But it was in the year 2015 they faced a budget deficit. So, to overcome this deficit they realized the need for a new source of income and they thought about tax. Hence in the year 2016, each representative of the GCC countries signed the VAT agreement.  The VAT is value added tax by entering into this agreement the GCC countries started imposing VAT at a rate of 5 per cent on some goods and services.  Health and education are exempted from the VAT. Now people in the GCC need to pay a VAT of 5 % per cent on food, cars and other entertainments.

In Saudi Arabia and in UAE the VAT system has started smoothly these two countries had only met the deadline of VAT treaty in the year 2018 and other member countries are still on the run. Bahrain is the only GCC country who had not introduced the VAT.  Even though the implementation of VAT has been done smoothly in two countries but in the business, many problems are arising as they are confused that how to apply the VAT system in goods and services mainly in the Free Trade Zone area of these countries.

Following are the types of taxes in GCC:

Corporate Tax: It is imposed on the profit of the entities. UAE corporate tax is levied on oil companies and foreign banks only. As per the GCC rules, residents are not subject to corporate or withholding tax.

Withholding Tax: This tax is imposed on any income. It is imposed when the income is transfer to another country. Withholding tax applies to corporate income and the income of private persons.

Zakat: Zakat is an Islamic tax, which is made compulsory to every abled individual to serve the needy ones in Islam. 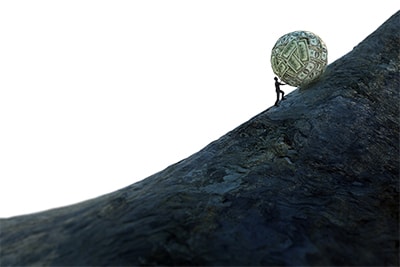 VAT: Value Added Tax is a tax imposed on the supply of goods and services. The GCC countries have agreed to implement VAT at a rate of five per cent. VAT provides UAE with a new source of income and it also provides a high quality of public service. The GCC VAT Agreement lays down a broad principle that needs to be followed by all the GCC countries in their VAT laws providing flexibility in certain matters.  Every GCC country will be having its own VAT legislation. Value added tax came into force in UAE on the 1st of January 2018. The Implication of VAT on Individuals: VAT general consumption tax is mainly levied on the transaction of goods and services. As a result, the cost of living of people will increase slightly, but this will depend on an individual's lifestyle.

The Implication of VAT on business: Businesses will be responsible for all their business transactions and auditing. Mainly documenting their business income, costs and associated VAT charges.  All registered businesses and traders will levy VAT from all of their customers and also incur it from the goods and services which they buy from the supplying agents.

Excise Tax: it is an indirect tax imposed on goods which are harmful to human life and property and also to the environment at large. for preventing the use of these harmful commodities, the GCC countries agreed to enact the excise tax by signing the excise tax agreement.

Customs Duty: GCC countries have an amalgamation of customs duty rules. whenever any goods are transported into the GCC countries for the first time they impose customs duty on the goods. The customs duty of imported goods is at the rate of 5 per cent of the invoice value. Some goods may be imposed with the highest rate and some will be totally exempted.

Stamp Duty: It is levied on documents such as legal documents. it is imposed on the transfer or registration of real estate in Oman and also in Bahrain. In the UAE whenever ownership of land or shares of a company is transferred a registration fee is levied on both. 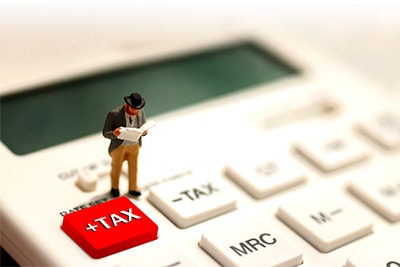 The Tourism industry contributes a huge sum to the Gulf economy and it provides many opportunities for individual tour operators in the G C C.  But the main challenge which they face is how to implement VAT. This industry is an amalgamation of various sectors which includes airlines, tour operators, travel agents, accommodation and so on, so by the introduction of VAT in this industry will affect each by one or the other way.

The oil sector plays a very important role in the Gulf countries. Many multinational oil and gas companies are in the countries. Business in the sector includes international, national, and other oil companies.  VAT implementation will create a huge impact on this industry. There is complexity in the field of oil and gas industry and by the introduction of VAT in the G C C need to be given consideration in businesses.  Each and every industry in the Gulf countries is one way or the other is affected by the implementation of VAT and the more affected field is the tourism industry because it comprises various sections of employment. Click here to read more.