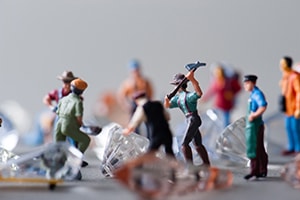 The due diligence is sin qua non for the purposes of investments, acquisitions, joint ventures, partnerships or such other essential investment ventures. It provides rational assurance on the investment related to assessment, financing, and purchase of assets. The mining companies, by its nature of exploration and mining, launch itself or try to get into a joint venture or other kinds of co-operation with countries throughout the world. These countries include not only developed nations but also diverse developing nations with political instability. Therefore companies interested in such financial ventures must only have their own legal team but hire local or international legal experts in the mining industry. The local corporate and mining law scenario of the region is must to be complied with to start with the due diligence.
The investment in several countries and even regions in mining is very individualistic which differs from region to region. In view of the fact, this article recapitulates the due diligence for investments in the mining sector and/or companies by way of essential legal safeguards which are generally considered and needs to be considered by investor and banker. The laws that play key role in the industry are foreign investment laws, mining laws, land and ownership laws including intellectual property, land development laws, corporate laws, trade laws, competition laws, taxation, employment laws, environment protection laws, consumer protection laws and most importantly administrative laws for curing the improper decision of government bodies who regulate all the activities.
A. Preliminary legal checks:
1. Title:
The license term and security of tenure of such titles need to be ensured. Another factor is right to assign, pledge, transfer such license/title and finally alienate it. Further, the reliability of title, lease term, and control are the pertinent aspect which requires deliberation. The state may retain ownership of certain minerals irrespective of the ownership of the land. Surface estates are severed from mineral estates in certain circumstances by conveyance or reservation of these rights including royalties, leases, bonus or rents. The consideration of mineral estate rights needs to be contemplated. Usually, the essential elements include the right to use, to convey rights, lease bonus or consideration, to receive delay rentals and royalties.
Some countries offer split estate which means mineral and surface ownership is different. Due to this provision, the explorer need not invest in surface land and only pay for mineral rights and estate. These laws are considered pro-mining as most of the time mineral rights are only leased and not owned. The split ownership is a financially efficient way for miner as they can move on to next location without any lockage of capital in the non-viable region.
Government lands are leased by some governments on the basis of proof of exploration activity by mining companies. Further exploration activity proof or report is sought by the government to maintain the mineral license.
Consequently, the legal structure must be made to ensure that the mining companies are not left with permits and licenses that are open to questioning and at mercy of government or local companies who desire to claim ownership over successful exploration project.
2. Corporate concerns:
Inaugural corporate structural concerns, authorization, and permits required are major concerns. Insurance criteria and tax regime of the country and region are important factors. The checklist includes the rights of foreigner individually or as a body corporate to establish a new company and to acquire, alienate or pledge property. The corporate structure may also include assets owned or operated by a decisive individual and hence requirement of any separate management or relationship agreement with that individual to clarify management issues. In some regions, Joint ventures are the only means of accessing the market, production facilities, ownership of material including raw materials, so on and so forth.
3. Environmental laws: 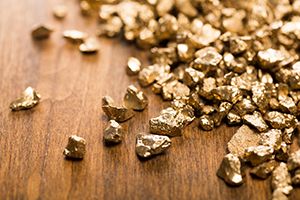 It requires standards to be followed with respect to explorations permits, waste disposal, and methodology to reduce the risk of pollution. Regulatory checks by environment departments and penalties for non-compliance are unavoidable aspects of mining ventures. Further extension of permits plays a vital role in the continued viability of the project. The exemplary example on it is Fraser Island case wherein the export permit was canceled due to raising environmental concerns and thereby destroyed the investments rendering the project non-viable.

4. Dispute resolution:
Dispute resolution forums available in the region and the laws governing investment and other agreements allow or deny access for forum shopping or neutral forum to resolve the issue. In this area, the Convention on the Settlement of Investment Disputes between States and Nationals of other States (the ICSID Convention), 1965, can be called upon as it capacitates for conciliation and arbitration of investment disputes between a Contracting State and nationals of other contracting States. However, the State must be party to it. The local remedies must be exhausted before submitting to ICSID jurisdiction. The substantive law can be chosen in terms of governing law of the contract and recourse to the procedural rules of ICSID Convention and arbitration rules are standard measure.
In other instances where the parties are private individuals or companies the options of dispute resolution are (i) judicial system of state wherein the mining operations are carried out; (ii) international arbitration disputes resolution forums such as ICC International Centre for ADR (iii) other alternative dispute resolution forums such as Chamber of Commerce and Industry of various countries which provide for arbitration forums, Arbitration forums such as Dubai International Arbitration Centre (DIAC), Abu Dhabi Commercial, Conciliation and Arbitration Centre (“ADCCAC”) so on and so forth. It needs to be considered that following aspects of arbitration must be taken into account by parties such:
5. Intellectual property:
Intellectual property right may also have an impact on title/license and/or mine development. The mining industry is highly competitive to any idea of changes in efficiency through a new process which results in time efficiency, energy efficient, larger output, so on and so forth is worth protecting as competitors may adopt it and gain the edge over the creator. The patents are highly used for revenue purpose for granting a license and generating revenue. Thus intellectual property can be considered as a good revenue generator and protecting interests.
6. Trade Laws:
Under trade laws, it is imperative to note whether export and/or import requires specific approvals and the duties applicable to such trade. The “Fraser Island Case” reported as Murphyores v Commonwealth of Australia (1976) 136 CLR 1 is an example of how trading permits, change in environmental laws and change in political as well as social scenarios can impact the mining industry. In this case, the two mining companies carried on mining of rutile from Fraser Island which had no market and hence depended on shipping the same to export markets. The mining operations were carried on pursuant to a valid mining concession issued by the State of Queensland in compliance with all the laws applicable. Due to raising environmental concerns the company’s further export permit was withheld by administrative order. The case was finally decided in Australian Supreme court by rejecting the company’s argument of environmental considerations being relating to mining of a commodity could not be properly taken into account by the Federal Government, as a matter of administrative law, in deciding whether to grant export permits for that commodity even though export was exclusive federal power. The companies owned their mining concessions and production facilities which could be operated and carry out mining operations however their access to export market was blocked which hampered their investment.
The conflict mineral trade laws are being introduced and a consideration being made by many states to introduce such laws needs to be reflected upon as it will impact imports of conflict minerals in various nations. Further the government would identify those commercial goods that could contain conflict minerals, approve a list of independent monitoring groups qualified to audit the worldwide processing facilities for these minerals, and eventually restrict the importation of minerals to those from audited facilities. The customs declarations by the importers must certify that the goods “contain conflict minerals” or are “conflict mineral free” based upon this audit system.
B. Financial Considerations:
1. Cost and general Analysis:
The Cost analysis includes estimation of annual production capacity of the company, cash flows in terms of working capital requirements and attributes of such capital, capital expenditures, mine supply cost, equipment cost, license/lease cost, off-site transport cost, market accessibility and transportation cost. Construction time costs are an essential financial evaluation. The ongoing cost of replacing worn out equipment throughout the productive life of mining operations should be assessed as the equipment though considered assets are worn out and depreciation is considered. 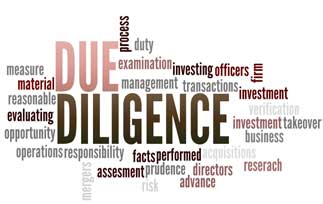 The metal classification stating the type of metal or ores such as precious, base or minor section is considered to estimate the cost recoverable on the market value of such minerals as the viability of the project depends on it. For instance, gold mines shares are valued on the basis of their anticipated profits through the life of the mine and these depend on the reserves, and on the relationship between gold mining production costs and the anticipated value of the gold extracted.
The income statement will probably display expenditure under the headings of exploration expenses and administrative expenses. Statement of Financial Position i.e. balance sheet detailing the assets and liabilities of the company at the end of the year is studied to see the financial condition of the company.
2. Taxation laws:
This needs apparent consideration in any investment. It is indispensable in any investment consideration and mining sector is not an exception to it. Study of taxation on ownership and transfers of various assets is essential in terms of final profits receivable.
3. Other factors:
Securities with special rights shares issued by the earlier company must be considered as a key factor. Economies of the metal market, their forecast behavior and transportation cost to the export markets is one risk factor to be scrutinized.
C. Geological factors:
The mining operations are depended on the resources available. Though historically it is proved that geology is not only enough however it is undisputedly one of the aspect majorly considered and hence geological due diligence is conducted in the mining sector. 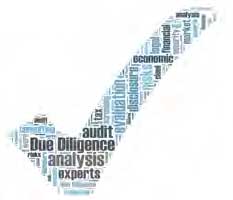 All mining activity takes places within the Earth’s crust. The distribution of metals within the crust can be seen by the differences in the types of material. The concentrations of such material are mined and sold at a profit which is the basic purpose of mining operations. Therefore the concentration factor of material should not be undervalued as it determines the value of the mining company. The company with a lower grade of ore will possibly incur greater cost in order to obtain the given amount of economically valuable material whereas on same cost the company working on precious metal minefield recovers cost more quickly due to the high market value of the explored material.
D. Reporting:
Various countries have annual reporting or on-demand report requirements:
Such reporting obligations usually lay down standard recommendations and guidelines for public reporting of mineral exploration results, mineral resources, and reserves. The public report may vary as per the Countries reporting standards however it may often include company’s annual financial report, quarterly reports, reports to stock exchange as required by law, expert reports or all publically released information.
The list is not exhaustive as the sector is extensive covering technical and critical considerations of finance. The risk factors which add to the substance of the due diligence such as employment laws, governmental risks including the above factors are further exhaustive. The large sectors like mining need the larger scope of due diligence than general financial due diligence as stated in above fields.