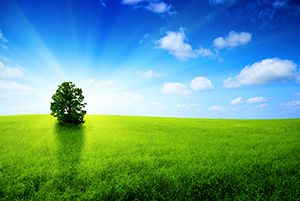 1. What is the main legislation governing contamination of land in Bahrain? What are the main penalties and how is liability determined?

Bahrain Ministerial Order No. 21/1996 with respect to the Environment governs the issue of land contamination. Land is effectively protected by the prevention of indiscriminate waste dumping throughout Bahrain. The agricultural development sector had to adopt a policy on the use of agricultural chemicals (fertilizers and pesticides). This was meant to be governed by the international regulations on their safe use to curb environmental pollution and control its impact. Bahrain has consistently worked towards enlarging the arable area, upgrading productivity, optimising the utilisation of available water resources and increasing yield per hectare through soil conservation.

2. What are the key agencies in Bahrain that are responsible for environmental protection and what are their core responsibilities?

3. What searches and investigations are generally carried out to guard against a liability for contamination of land prior to purchasing land?

4. What is the main legislation governing contamination or usage of water in Bahrain?

Great attention has always been paid to the prevention of marine pollution. The biggest way this has been tackled is by the control of land-based sources of pollution. There have been marine monitoring programmes in place since 1983 to check on the status of the marine life. Sea water, sediments and fish samples are analysed to determine nutrients, heavy metals, chlorinated pesticides, organic matter and hydrocarbons in order to preserve the health of the sea.

Guidelines were set out and enforced by the 1996 Ministerial Order in order to control and prevent pollutants from industrial effluents which may harm the marine environment.

Other tools to control the discharge of pollutants into the marine environment are the regional protocols which Bahrain had signed and ratified. These include the Protocol for the Protection of the Marine Environment against Pollution from Landbased Sources, and the Protocol concerning Marine Pollution resulting from Exploration and Exploitation of the continental shelf (Bahrain Emiri Decree No. 9/1990).

5. What is the main legislation governing air pollution in Bahrain? What are its key obligations and requirements?

The 1996 Ministerial Order is the primary piece of legislation guarding against air pollution and it has two parts which are air monitoring and pollution by motor vehicles. Continuous monitoring of atmospheric pollutants at four geographical locations started in August 1993.

Pollutants like sulphur dioxide (SO2), nitrogen dioxide (NO2), nitrous oxide (NO), ozone (O3), carbon monoxide (CO), hydrogen sulphide (H2S), hydrocarbons (HC), inhalable particulates (PM10) and fluoride (F) are monitored, as provided under the legislation. Recorded data at each station is transmitted via modems to a central computer system. Various mean values are automatically calculated and compared to acceptable ambient air quality standards. All measured values are available for statistical evaluation. Daily, weekly, monthly and annual reports are utilised in the decision making process.

A 'fume watch' programme was introduced in 1994, with the single goal of reporting vehicles emitting smoke, followed by an expedited approach of rectifying the situations at hand. This programme led to noticeable improvements.

6. When land, air or water pollution occurs who is responsible for rectification and how is the proven?

7. Are there any specific laws or regulations in Bahrain governing the protection of animals and their habitats?

The effective management of flora and fauna depends on the maintenance of their habitats and control of their rational utilisation. To achieve this, a National Committee for the Protection of Wildlife attached to the Crown Prince Court was established. It was responsible for protecting wildlife together with all of the relevant authorities.

8. Are there any laws or regulations preventing the introduction of invasive species?

There is no specific legislation to the end of the prevention of the introduction of an invasive species or element. However, several studies conducted locally confirmed that reclamation and coastal activities had adversely affected the intertidal habitats and mangroves were found to be on the verge of destruction. Soon after, an integrated coastal zone management approach was identified and adopted as the most effective mechanism to manage the marine environment and achieve sustainability. A procedure for identifying, minimising and mitigating the negative consequences of the development of the coastal environment has been set with the help of UNDP.

9. What are the main laws governing energy efficient buildings?

In March 2019, in line with Bahrain's Vision 2030, the Works, Municipality Affairs and Urban Planning Ministry set out a plan to develop the green building and sustainability programme.

The implementation of integrated green building principles and sustainability is expected to transform conventional practice in the building industry in a way which reduces the environment impact of construction related activities and introduces meaningful savings to the Government.

10. What are the main laws governing energy efficient products and equipment?

The National Energy Efficiency Action Plan represents one of the key components of the Kingdom's efforts to implement its national, regional and international commitments in the field of sustainable energy development and climate change. It takes a multi-pronged approach and builds on existing achievements. It also presents a comprehensive set of initiatives to further unlock Bahrain's energy efficiency potential across its economy.

The Plan sets a national target for energy savings, identities implementing mechanisms and provides estimates of energy and monetary savings. It encourages the Government to set an example and in doing so, provides the necessary guidance and leadership for all related parties. The initiatives encompass primary energy savings and end-use measures. A variety of policy mechanisms will be utilised as appropriate to deliver the national energy efficiency target, such as minimum energy performance standards and labelling as well as an energy efficiency building code, energy management in buildings, electricity and fuel price reforms and sectoral targets. It also aims to raise awareness and provide training.

11. What are the main laws governing the disposal of waste in Bahrain? Are there any particular industries with specific waste disposal regulations?

The disposal of industrial and domestic waste is regarded as the most pronounced environmental problems in Bahrain. Thegeneration of both types of wastes is relatively high.

Domestic waste is land filled without any treatment at the site which is away from urban areas. Waste management practices had been improved especially the handling, collection and transportation. Landfill site is regularly monitored to control risk associated with it and to protect the health of the citizens.

Bahrain was one of many countries who participated in the UN Conference on Environment and Development (UNCED), which was held in Rio de Janeiro in Brazil in June 1992. It stated the necessity of linking sustainable development with environmental conservation. In order to implement the mandates of the Conference, the Environmental Affairs (EA) insisted on the effective participation of all related parties in Bahrain to execute Agenda 21.

A national committee was established to prepare a national strategy to execute the Agenda 21 programme. One of the environmental issues which was prioritised by this committee was the Environmentally Sound Management of waste and chemicals. This committee consisted of a chairman representing the Oil and Industry Ministry and members representing Bahrain Aluminium Extrusion Company (BATELCO), Al-Zamil Coating Factory, Bahrain Aluminium (Alba), the Environmental Health Directorate, Bahrain Chemical Society, the Commerce Ministry and Bahrain Centre for Studies and Research.

The primary tasks of this force included but were not limited to preparing a mechanism to control the industrial chemicals and their daily usage as well as implementing procedures to encourage the reduction of waste through recycling and designating a proper location for the disposal of industrial waste etc.

12. What are the rules governing the transportation of waste - both domestically and either from or to other jurisdictions?

The EA has been participating in several international and regional meetings to discuss protocols and formulate a unified system for waste management in compliance with the Basel Convention on the Control of Transboundary Movement of Hazardous Wastes and their Disposal.

Bahrain ratified the Basel Convention in 1992 and it came into force in 1993. The Regional Organisation for the Protection of the Marine Environment (ROPME) later finalised a regional protocol which complemented the Basel Convention on the transboundary movement of hazardous wastes across borders. The Gulf Cooperation Council countries also produced unified rules to deal with industrial waste.

13. What are the main laws governing nuclear waste and radiation in Bahrain?

Bahrain Law No. 21 related to the 1996 Environment Law recognises the necessity to regulate and control the import, export, possession, handling and usage of radioactive material and radiation sources and the disposal of radioactive waste.

14. What are the main environmental reporting duties that businesses in Bahrain have?

15. What international environmental treaties and agreements has this country signed up to - and what are the key implications of this?

Bahrain is a observer to the Energy Charter Treaty. The Energy Charter Treaty is a unique multilateral treaty which covers investment protection, the liberalisation of trade, freedom of transit, dispute settlement and environmental aspects in the energy sector. It is designed to promote energy security through the operation of more open and competitive energy markets, while respecting the principles of sustainable development and sovereignty over energy resources. The Treaty was notable as it is really the only agreement dealing with intergovernmental cooperation in the energy sector, in a way which considers the whole energy value chain (from exploration to end use) and all energy products and energy-related equipment.

In December 2015, the 21st Conference of the Parties of the UN Framework Convention on Climate Change took place in Paris. More than a hundred nations adopted the Paris Agreement to take action toward holding the increase of global average temperature to well below 2°C above pre-industrial levels. The Paris Agreement is a historic agreement to combat climate change and accelerate actions and investments needed for a sustainable low carbon future. On 22 April 2016 Bahrain signed the Paris Agreement and expressed its support through the publication of its Intended Nationally Determined Contribution (INDC) in November 2015. 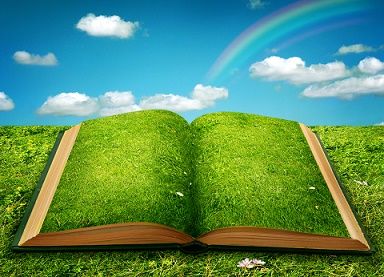 16. Are there any environmental taxes or duties in place in this jurisdiction?

Bahrain introduced an excise tax system on 30 December 2017. This was a tax imposed on specific goods harmful to human health and the environment, with the aim of discouraging citizens from consuming products which are harmful to health.

Environment Global Guide - UAE 1. Environmental Regulatory Framework What are the key pieces of environmental legislation and the regulatory authorities? Numerous federal and local laws have been enacted in…

Manufacturing, Registration, Importation and Export of Pharmaceuticals and Medical Devices in Bahrain

Pharma 2020 Bahrain 1. What are the main laws governing the manufacture and sale of pharmaceuticals in Bahrain? Bahrain Decree-Law No. 18/1997 with Respect to the Practice of Pharmacists and…