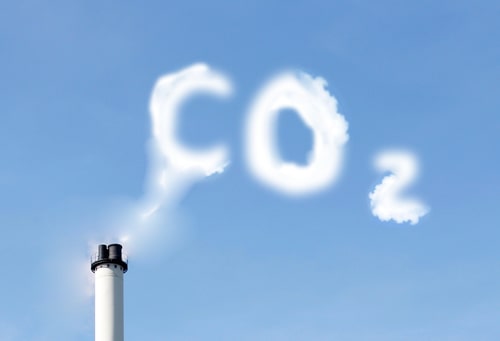 It is the striking imagery of global warming that opens our eyes to the idea of climate change. The melting snow caps, the stranded polar bears, declining air quality and the rising ocean temperatures are images that have had a searing effect on the human mind and encouraged dialogues about the changing face of our planet.

The US government is divided when it comes to acknowledging the climate change or the effects of global warming.. On the other hand, the EU nations are already in a two-year trial phase of the European Trading Schemes, a scheme aimed at minimizing the carbon dioxide and related emissions. The rising prices of energy are having a global impact and people are concerned if not frightened, about their own carbon productions.

The United Nations Framework Convention on Climate Change (UNFCC), an international treaty with 192 parties introduced the Kyoto Protocol (the Protocol) that came into force in the year 2005. This treaty imposes binding obligations on developed nations to reduce the release of greenhouse gases such as Co2, hydrofluorocarbons (HFCs), and perfluorocarbons (PFCs). The Protocol acknowledged that the developed countries are principally responsible for the significant levels of greenhouse gas releases in the atmosphere. Historically and statistically, US is the highest emitter of greenhouse gases and although it is a signatory to the Protocol, it has not ratified the same till date. Consistent with the Protocol’s objectives, a number of developed states committed to reducing Co2 and related emissions. These commitments are legally binding. Developing economies do not have binding targets under the Protocol but have committed to significantly reduce their carbon creation. After much debate and consideration, it was accepted by member nations that Carbon trading was the preferred method of regulating carbon emissions rather than carbon taxation.

Carbon trading is the name given to a system to control carbon dioxide emissions. This system is based on the premise where a limit is set on carbon dioxide emissions by governments or international organizations. Carbon trading allows developed nations to trade their commitments under the Kyoto Protocol. They are permitted to trade their carbon emission quotas among themselves and also receive carbon credits for financing projects in developing countries that are aimed at reducing carbon emissions.

The countries that are legally bound by the limits set and agreed to by the Protocol are referred to as compliance markets. Within the compliance markets, the responsibility to reduce carbon emissions falls on individual industries and companies to emit less carbon into the atmosphere. Let us illustrate this with an example:

Company A and Company B are both allocated 100 carbon credits which permits them to emit 100 tons of carbon dioxide. Company A invests in environment-friendly machinery and installs upgrades to ensure that it only emits 90 tons. Company B has not implemented either of the options as they cannot afford a refurbishment of their machinery. They are emitting 110 tons of carbon dioxide which is 10 tons above their allowance. Now in order to comply with the Protocol and to ensure that it satisfies the rules governing carbon emissions, Company B can buy carbon emissions allowance (in cash) from Company A. And this, in turn, helps Company A recover some of the monies spend on the upgrade of their machines.

Carbon credits have thus created a market by giving a monetary value to the cost of polluting the air. There are a significant number of national and regional carbon markets that are currently in the process of being developed.

In addition to the above example, individuals, groups and organizations can also trade in carbon credits. The markets that cater to conscientious citizens and organizations that are looking to be carbon responsible can trade within the voluntary carbon markets (i.e. markets other than compliance markets that are not legally bound to adhere to a set limit on emission.

All said these carbon credit transactions have raised alarms in the global trade community. It has been argued by economists that if the carbon market is left unregulated and allowed to operate freely, there will be no significant decrease in carbon emissions. They believe that there are not adequate incentives for companies to reduce emissions under the principle of carbon trading. It is a difficult concept to implement and regulate the voluntary carbon market. Lack of coherent regulations, absence of unified authority to monitor and control the carbon trade may become a boon for a few such as bankers and traders but leave a far more damaging effect on many in the global community.

Clearly, unlike traditional commodities, carbon emissions are not very well understood by buyers and even some sellers. This lack of knowledge and understanding makes carbon emission trading highly vulnerable to fraud. This form of trading is still in its infancy and it is certain that as this market develops so will the complexity of trading. The carbon trading market can be fraudulently manipulated by claiming more carbon credits from certain projects that were actually obtained. There have been a number of instances where carbon credits have been sold to people with good intentions, but in essence, they never existed or belonged to someone else entirely (and not the person who posed as the seller). The complexity of the carbon markets has been taken advantage of by companies that have made false claims about the financial and environmental benefits of investing in carbon emissions to make such investments look attractive. An Australian company in the year 2009 ran a telemarketing campaign, claiming that carbon credits were the future and offering high returns on their investments. The company was prosecuted for having defrauded investors of over 3.2 million USD. [1]

It has been reported that the weak regulations in this trading sector have been taken advantage of to carry out money laundering, tax fraud, and securities fraud. In Regina v Dosanjh and others, the Southwark Crown Court in London found three defendants who had established dummy companies that were seemingly importing carbon credits into the UK, guilty of defrauding the UK government of 39 million pounds of VAT (Value Added Tax) in just 69 days of trading. The stolen VAT was then transferred to bank accounts in the UAE to launder and legitimize.[2]

The complex nature of the carbon credit market makes it easier to manipulate. It is critical that legal regulation is more stringent when it comes to the regulators and traders being permitted to trade in this commodity. This market is bound to get more multifaceted in the near future and there is a need for rigorous domestic and international legal review to protect the companies and individuals who are looking to be environmentally conscious. Today Co2 sells but what do can we expect the future to emit?