“It was the Law of the Sea, they said. Civilization ends at the waterline. Beyond that, we all enter the food chain, and not always right at the top.” 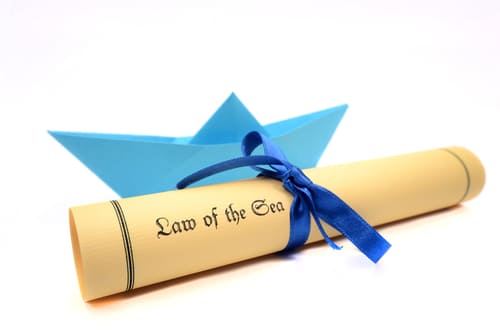 As in the movie Life of Pi, where the adventures of the sea help the little boy reach his destination. Similarly, the vast ocean quests of the sea provide a pool of resources and opportunities. We are well aware of the fact that oceans hold 97% of the world’s water supply and provide a sea of possibilities to corporations that facilitate growth in the world economy. They have always perceived as an open free space; like a vast frontier.

Dating back to the 17thcentury, when many countries formalized this viewpoint through the Freedom of the Seas doctrine. The doctrine limited any countries rights to the ocean to a close distance, around 4.8 kilometers, surrounding its coastline and declared the rest of the seas to be free to all countries and said that it belonged to no one. This concept had characterized views that the ocean was a vast resource and that all nations could use them however they required.

There was an immense increase in the use of the high seas, which had challenged this dogma by the start of the 20th century. The ocean’s resources got used for all kinds of economic uses, and the countries wished to increase their claims over their resources off the shore. Many activities relied on the high seas for their success. Concern started to grow over the impact of the use of the supplies and a, expected, tension increased between the nations over the rights to the resources.

Therefore, there was a lot of devastation that took place due to the over-exploitation of water resources by all the countries. From the devastation that took place, the law of the sea was born. The Law of the Sea is the International Law body that governs the principles and rules by which nations, interact in maritime matters, which could include the navigational rights as well as coastal waters jurisdiction. The United Nations Convention on Law of the Sea or “UNCLOS” is generally said to be the codifier of international law of the sea.

Creating an effective governance and regulatory regime for the oceans continues to be a challenge for the international community. The United Nations Convention of the Law of the Sea defines the rights and responsibilities of nations concerning their use of the world’s oceans, establishing guidelines for businesses, the environment, and the management of marine natural resources.

Sea Beds- Seabeds are basically defined as the bottom of the Ocean. They may also be referred as Ocean Floor or Sea Floor. In these Sea Beds, a lot of minerals can be found that could be rare and may have immense value. If these minerals are found to be utilized to extreme measures, the minerals may eradicate for good. Therefore, the Conference has spoken about how one has to draft laws related to the seabed to make sure there is no overutilization of the minerals found in the seabed.

[UNCLOS I, UNCLOS II, UNCLOS III]: The law of the sea developed from the struggle between coastal states, who wish to enlarge their control over marine areas adjacent to their coastlines. By the end of the 18th century, it was understood that states had sovereignty over their territorial sea. The maximum breadth of the territorial sea was generally considered to be three miles - the distance that a shore-based cannon could reach and that a coastal state could therefore control.

It was posted the Second World War, that the international community requested that the United Nations International law Commission consider codifying the existing laws relating to the oceans. The commission began working towards this in 1949 and prepared four draft conventions, which were adopted at the first UN Conference on the Law of the Sea:

The First United Nations Conference on the Law of the Sea (UNCLOS I)lasted from 24 February until 29 April 1958. During this time, UNCLOS I adopted four conventions, which are commonly known as the 1958 Geneva Conventions:

The Second United Nations Conference on the Law of the Sea (UNCLOS II) lasted from 17 March until 26 April 1960. UNCLOS II failed to have any international agreements. During this time, the main topics that came into picture were the breadth of the territorial sea and fishery limits. The conference once again failed to fix a uniform breadth for the territories or establish consensus on sovereign fishing rights. Hence after 6 weeks, this Conference was called off.

The Third United Nations Conference on the Law of the Sea (UNCLOS III) lasted from 1973 to 1982. UNCLOS III addressed the issued bought up at the previous conferences. Over 160 nations participated in the 9- year convention, which finally came into force on 14 November 1994, 21 years post the first meeting of UNCLOS III and one year after ratification by the sixtieth state. One of the most significant features of the convention is the definition of maritime zones – the territorial sea, the contiguous zone, the specific economic zone, the continental shelf, the high sea, the international sea-bed area and archipelagic waters. The convention has set out specific clauses for the passage of ships, protection of marine environment, freedom of scientific research and exploitation of resources.

The coastal state is free to set laws up to 12 nautical miles from the baseline. It may also regulate use, of any resource found in this area. This coastal area is known as Territorial Waters.Shipping vessels may pass through any territorial waters as they are given the right to innocent passage."Innocent passage" is defined as passing through waters in a continuous manner, which is not "prejudicial to the peace, good order or the security" of the coastal state. Fishing, polluting, weapons practice and spying are not considered "innocent", and underwater vehicles such as submarines are required to make sure that they are seen on the surface and to show a flag acknowledging their presence. Nations can although suspend innocent passage in specific areas of their territorial waters if doing so is essential for the protection of the territory.

Ahead of the 12-nautical-mile limit, there are a further 12 nautical miles from the territorial sea baseline limit, which is known as the contiguous zone, in which a state may continue to enforce laws in four specific areas: customs, taxation, immigration, and pollution. This makes the contiguous zone a hot pursuit area. 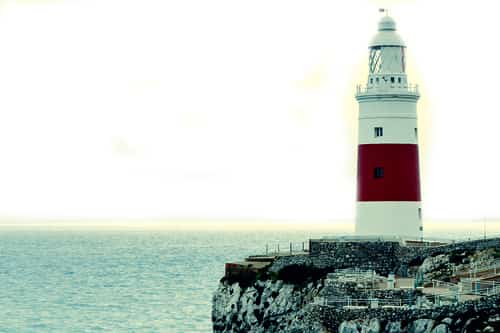 The coastal lines that extend 200 nautical from the baseline are known as Exclusive Economic Zone. Within this area, the nation has sole exploitation rights over all natural resources. In other words, the term may include the territorial sea as well as the continental shelf. Foreign countries have the freedom of navigation and may fly over this area, provided they adhere to the regulation of the coastal states. Foreign states may also lay submarine pipes and cables.

Parties to the Convention

The UNCLOS has been ratified by 168 parties, which includes 167 states (164 United Nations member states plus the UN Observer state Palestine, as well as the Cook Islands and Niue) and the European Union. An additional 14 UN member states have signed, but they have not ratified the convention.

Subsequently, Part XI of the UNCLOS was signed in 1994, amending the original Convention. The agreement has been ratified by almost 150 countries (all of which are parties to the Convention), which includes 149 states (146 United Nation member states plus the UN Observer state Palestine, as well as the Cook Islands and Niue) and the European Union. An additional three UN member states have signed, but not ratified the agreement.
Even though the USA had helped design the convention and is considered a pioneer in making UNCLOS what it is today, they are not a part of the UNCLOS. In 1994, when the Convention has begun, it had signed the Agreement on Implementation but it did not sign the convention since the United States did not agree with Part XI of the Convention.

The country was indecisive since President Ronald Reagan claimed a 200-mile exclusive economic zone but later had extended from three nautical miles to twelve nautical miles. The members of United Nations had gone on record to say that the President alone does not have the right to change the distance of Maritime boundaries on his own. The decisions can be only revised after the members of Congress cast a vote deciding something as huge as changing the Maritime boundaries for the country.

In conclusion, UNCLOS has been the best kind of protection that the World has been able to offer to the nations worldwide. We have definitely progressed from the open access regime of the 17thcentury to the partial closing down of UNCLOS III, and now we are able to help the world and make it a better place through arbitration or court filled cases where any country has overstepped their jurisdiction regarding high seas. Whether UNCLOS provides an adequate answer to the challenge of protecting the high seas, I believe the answer is both yes and no. It provides the necessary state obligations and it is certain that no other international convention can create the broad responsibility for the protection of the high seas as well as provide judicial help for justice. However, what is absent are the fine details which could be provided by a new implementing agreement as well as the power that the Developed states hold over the Developing and Under-developed states.