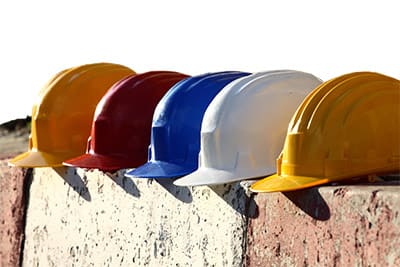 Oil and coal have been the most desirable commodities for economies around the world. A country that owns these has the potential to become a global superpower. Due to rising environmental concerns, however, governments are taking steps and measures to utilize more sustainable measures of creating energy; therefore, there has been major disinvestment in the coal mining industry all over the world pursuant to the climate change conference in Paris. Almost 200 nations agreed to lower their carbon emissions and all other such practices that contribute to global warming. India and China are the largest consumers of coal globally; therefore, as per the Paris Agreement, these countries are required to focus on measures that will facilitate the reduction of emissions in such a way that it aligns with their national economic growth objectives.

In lieu of this Agreement, India is focused on expanding its mining sector by introducing new regulations that aim to facilitate the growth of this industry by attracting foreign investment and utilize their national reserves for domestic purposes to its full potential.

As per the above enumeration of legislations, we can understand the extent of control that the government has over the mining sector of the country. Apart from the aforementioned, there are also state regulations that are specific to individual states in the country, for example, the Maharashtra Minor Minerals Extraction (Development and Regulation) Rules, 2013.

Out of the aforementioned, the MMDR, 1957 is the principal legislation for the development of mines and minerals in India.

The legal framework surrounding the coal and mining sector in India has gone through an evolution over the years. Initially, the regime that was adopted was more socialist in nature for the promotion of foreign and private investment through exploration, mining and minerals. Gradually, this industry started to see an upsurge in private sector investment; however, this upsurge was not as effective as expected, considering many areas remained unexplored. Therefore, this called for the introduction of the Mines and Minerals (Development and Regulations) Act, 1957 that brought about a change in the licensing regime and introduced new types of licenses that could be procured for the furtherance of the aim of the Act, such as, the reconnaissance permit, large area prospecting license, etc.

The Central government has consolidated its control over the mining industry thereafter; however, this consolidation was relaxed in 2006 when it allowed for 100 percent foreign direct investment for mining and exploration of precious metals and stones.

Taking into consideration the ineffectiveness of the policies and changes in laws that were being brought about, the government then introduced a new national mining policy in 2008 that called for the integration of technology in the mining sector to ensure optimal utilization of resources and to make the commercial aspect more fruitful. It aimed to promote transparency in order to invoke a sense of trust within the investors and create a more conducive and secure environment for business. With the aim of promoting foreign as we well as private interests, the conditions to get admitted as an investor was relaxed along with allowing concessions on certain minerals.

The mining industry in India is regulated extensively through a wide range of authorities such as:

The enactment of the MMDR, 1957, was to ensure smooth mining operations by adhering to the objective of sustainable mining and allowing growth and development in the mining sector. Though this Act has gone through some changes in recent years, it becomes necessary to first examine these provisions to understand the basic application of mining laws in the country.

Some important provisions of the MMDR Act, 1957 are enumerated as under; 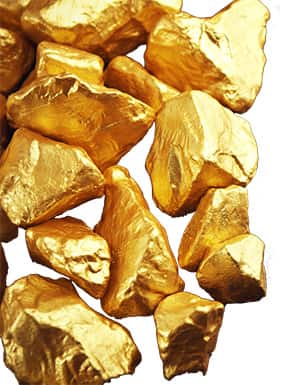 Crime and illegal activities are part and parcel of growth and development. So is the case in the mining sector as well. Over the course of the last decade, the mining sector has seen an increase in illegal mining. There has been a rampant increase in unscientific and environmentally harmful mining over the years; even today, in states like Goa and Orissa, environmental activists are still fighting for the removal of such illegal miners.

In Manohar Lal Sharma v. The Principal Secretary& Ors., Writ Petition (Cri.) No. 120 of 2012, the Supreme Court held that there should be a cancellation of coal blocks allocated by the government in 1993 on the grounds that the procedure followed by the Central Government was in contravention of the MMDR Act, in terms of arbitrariness and non-transparency of procedures.

Further, in another case Re: Natural Resource Allocation, SR number 1 of 2012, the Supreme Court held that auctioning of natural resources was not a constitutional mandate and is merely a means to benefit businesses by serving as an alternative form of revenue.

Amendments to the Act and Rules

There arose a need to liberalize the coal and mining industry regulations in order for it to reach its full potential and attract foreign direct investment. For this purpose, it became absolutely imperative for the government to ease the restrictions imposed by the MMDR 2015 and MMDR 1957. The introduction of the bill will allow 100% foreign direct investment in coal mining operations; further, it aims at reducing importation of coal and increasing domestic and national production thereof.

The Amendment provides relief to these companies permitting them to carry out operations for sale, use, in their subsidiaries, or any other such purpose, as permitted by the central government.

New regulations allowing private participation in the mining sector is a double-edged sword; that is, it has its fair share of advantages and disadvantages.

The coal mining industry has been dominated by the public sector for decades on end; the new regulations open up this sector to private participants with the aim to draw in more investors. This new regulation has relegated the minority status of the private sector by opening up biddings through coal mine auctions. On the one hand, this seems like a great step towards attracting investment but, on the other hand, it is highly unlikely that there would be a large flow of investors, as expected in the wake of the pandemic.

Energy security has always been an economic driver for the country, contributing to the GDP; however, over the years, there have been several shortfalls in meeting the requisite targets of imports.

Further, the goal of driving up demand is highly unlikely to be met considering the costs that would be incurred in an attempt to procure cheaper coal; costs such as miner’s prices, government taxes, transportation costs, etc., need to be taken into consideration before investing in the industry. The new regulations only affect the miner’s costs only by a small amount; therefore, no drastic change in the pricing is bring brought about through these regulations.

The new regulations are said to open up new mines in order to explore the full potential of national reserves. However, new mines may take years to develop, therefore, putting any developer or potential investor in a frenzy as to whether investing in such mines is a risk they are willing to take.

The new Amendment raises a vast array of environmental concerns, considering that the whole world is moving towards more sustainable alternatives to fossil fuels and India, on the other hand, is trying to capitalize on the same by increasing demand and supply.

In keeping with the aim of attracting foreign investment in the coal and mining sector, India is jeopardizing its commitments made under the Paris Agreement, consequently jeopardizing the health and safety of employees that is a natural result of inhaling toxic fumes.

The new Amendment also opens its doors for potential overexploitation of resources through increased competition and rivalry in the sector.

In a recent case, South West Port Limited through its Unit Head & Authorized signatory Anthony Fernandes v. State of Goa, through the Chief Secretary, Government of Goa, Secretariat & Others Writ Petition No. 173 Of 2018, the issue arose when the Petitioner’s application for terminal entrenchment was denied by the Ministry of Environment, Forest and Climate Change in Goa. The MOEFCC had denied the application on the grounds that the Petitioner’s application cannot be considered under the order passed by the National Green Tribunal since the specifics of the regulations do not comply with said order.

To this, the Petitioner argued that the MEOFCC does not have the authority to determine the merits of the application. He further cited all the other authorities that granted approval for the same application.

Preliminary objections were raised by the Respondents, saying that several material facts have not been disclosed by the Petitioner and that if allowed to continue, the Petitioner’s continuous existence in this area shall be hazardous to the health and safety of residents. 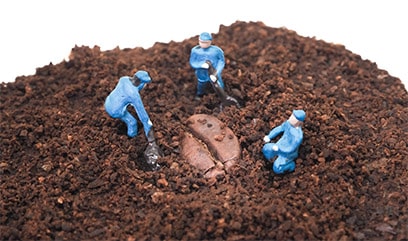 No doubt, the steps were taken towards improving the mining sector are appreciated. However, such an appreciation cannot be done without speculation. The positive approach of this new Amendment is met with a long list of problems that need to be revisited and considered in immense detail so as to achieve the goal of operational proficiency and successful usage of national assets.

A Guide on the Mining Industry in UAE

The Mining Industry in the United Arab Emirates The mining industry has for centuries been the driving force behind economies. Whether it is the mining of minerals or metals or…