Insolvency Law in the UAE 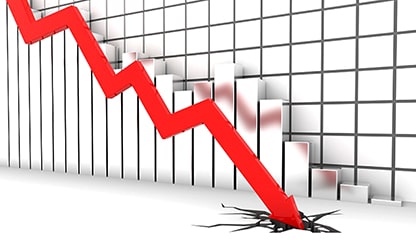 With UAE’s emergence as a global business hub, owing to its flexible economic structure and numerous free zones, financial bankruptcy and insolvency was an issue that plagued investors and individuals. To address this, the UAE introduced Federal Law Number 9 of 2016, otherwise known as the Bankruptcy Law. Under the Bankruptcy Law, the process of rehabilitation for debtors was expedited and further held directors of the company to be criminally liable. One of the primary advantages of the Bankruptcy Law was the decriminalization of dishonoured cheques, if a viable repayment plan was in place.

The highlight of the Law on Insolvency was that debtors would be permitted to work after invoking the insolvency status, which would be granted from the court, upon furnishing the following documents:

Once the court receives the documents, it must decide within five working days. Upon accepting the request, the court appoints an expert to prepare a payment plan which must be submitted within 22 days, with an extension possible only with the permission of the court. Once the program has been finalized and sent to the creditors, the first meeting must be held within ten days of the creditors receiving the plan. If that debtor fails to pay their debt for more than 40 consecutive days or if the debtor fails to follow the settlement plan, the financial settlement can be terminated.

Creditors have another option available to them, wherein if the debtor owes more than AED 200,000, and repayment is not possible through a payment plan. Creditors can apply for insolvency of the debtor, to liquidate the debtor’s assets. A court-appointed secretary will be in charge of the proceedings, wherein a report must be submitted within +ten working days to the court. The court, in return, must decide on the       liquidation within 15 days from the date of the report. Some of the asset’s the debtor will have to sell include property, cars, financial holdings and any other valuable possessions. Particular finances such as pensions, social benefits, and funds that meet day-to-day expenses are exempted from the liquidation procedure.

Following the approval of the court, the debtor will be allotted a time limit of 3 months to liquidate their assets. During the process of liquidation, the debtor will not be allowed to take further credit and will have their name listed on the Special Register. Once the three years are over and/or the debts are repaid, the debtors will have their names removed from the Special Register and can return to normal life and access credits again. In the unfortunate event that the debtor dies before clearing their debt, they will be cleared of their obligations.

The Law on Insolvency has established specific penalties which are punishable by fines, ranging from AED 10,000 to AED 100,000 and imprisonment as well, for the following acts:

With regards to debtors, the following actions can result in imprisonment for up to 2 years and/or a fine of not less than AED 20,000 and not exceeding AED 60,000:

secure in the event of large debts being unable to be cleared and provides residents and Emiratis with an option to start over without fearing criminal prosecution.