Legal Responsibility of New Partner(s) in a Company

Legal Responsibility of the New Partner in a Company

New and strategic partnerships can be a great way to reinvigorate a dull and lackluster business. This exercise has been carried out several times over the past few years by Fortune 200 companies choosing to partner to establish a stronghold on their market. For example, Apple and IBM, two large corporations, decided to partner in 2014. Spotify and Uber also partnered in 2014 to provide music and ride-sharing services together. Who would’ve thought?

In this article, we would like to explore the inclusion of new partners in businesses and their legal responsibilities, particularly within UAE jurisdiction.

“A contract under which two or more persons are committed to participating in an economic enterprise with the objective of profit realization by contributing a share of capital or work and dividing among themselves the profit or loss resulting from the business.”

To form a company among two or more persons, the number of persons required to incorporate and establish a company vary according to the legal form of the entity in question.

The different legal forms that may be adopted by a company are set out according to the law, in Article 9 of the Companies Law, which states that:

Legislators have removed two types of legal forms namely Joint Ventures and Company Limited by Shares. This amendment aimed primarily at introducing added transparency and clarity. Since joint ventures do not possess a separate legal personality, it is considered easy enough for partners to up and disappear, which would lead to a substantial loss for the other partners involved. Furthermore, companies limited by shares are almost entirely similar to 'simple, limited partnerships,' which makes their existence unnecessary.

Additionally, we refer to the company de-facto, which the Cassation Judiciary has defined as:

“...the commercial enterprise, in general, is incorporated among the partners, even if it didn’t undertake one of the forms referred to in the fifth article of the commercial companies law, as an entity de facto and it shall be (as soon as incorporated) a legal personality”.

For instance, in a limited liability company, an activity may be commenced with two partners, while the maximum number of partners permitted is fifty (50) (Article 71 (1)). The number of partners in a public joint stock company shall be five or more persons (Article 107) and in a private joint stock company, the number of minimum permitted shareholders is 2 persons with a cap of maximum 200 persons (Article 255 (1)).

UAE Companies Law, however, also permits the inclusion of a person in the business as a partner post incorporation. This matter, however, varies from one legal form of a company to another.

This discussion leads to the question, what is the responsibility of the new partner who has joined a company after its incorporation?

In a joint liability company, Article 39 of the Companies Law states that: “A Joint Liability Company is an entity which consists of two or more partners who are natural persons, to be jointly responsible for all their monies for the obligations of the company.” In layman terms, this means that partners are jointly responsible and have unlimited liability for all the debts of their business. Creditors of the company have legal recourse to have their debts settled by the partners of the business entity. However, the law prohibits retired partners from this obligation after his withdrawal gets proclaimed.

New partners can, of course, get added to a general partnership, and one of the ways this can effect is by transfer of shares from an old partner, who might be retiring as aforementioned, to the new. The law also states that partners cannot assign shares without the overt permission of all other partners involved in the company.

Once the transfer of shares gets approved, the abovementioned liability due to creditors will be applied on the new partner so that the latter shall be responsible for the debts of the company which is former and uses after his joining the company.[ii]

The capacities and responsibilities of the partners in the simple-commandite company are very different from the ones in a general partnership. This legal form of a company consists of one or more joint partners with one or more silent partners. As the former is personally liable for all the commitments of the company, the latter is only responsible for these duties within the limits of his shares in the capital of the entity. The Companies’ Law accentuates that any text about the difference of responsibility of the partner shall be according to partner's capacity as joint or silent (Article 62).

The legal requirements of a share transfer that apply to general partnership companies also apply to simple-commandite companies. Therefore, transfer of shares can affect per the constitutive documents of the entity, or with the approval of all the partners involved.

A partner in a joint stock company is responsible for the commitments of his entity in as much as his contribution to the share capital.

Partners are allowed to transfer their shares. However, this transfer does not get into consideration till the date of registering this transfer in the register related to shares. Despite this snag, non-registration of a share does not hinder the new partner from claiming his right on those shares, from the date of conclusion of the sale contract. The Court of Cassation adjudicated in this regard in Appeal Number 155 of 2002 (referring to the old UAE Commercial Companies Law (Federal Law Number 8 of 1984), held that: 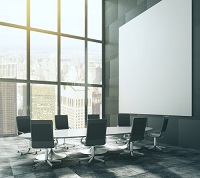 "if the text in the Article 162 of the Companies Laws provides that: ‘the ownership of shares gets transferred by confirming the transfer in writing in the register of the company, and the transfer should be marked on the share …’ This provision clarifies that the ownership of the shares in general of a joint stock company does not get transferred from the seller to the buyer except if same gets registered on shares register (where company records all share sale transactions). However, that said, the sale contract of those shares generates a commitment on the seller to transfer its ownership to the buyer, and it results in that its dividend shall be for the buyer from the date of concluding the sale contract, even if it is not registered unless it is agreed otherwise.”

A partner in a limited liability company is not responsible for the debts and commitments of this company, except to the extent of shares held by him/her (Article 71 (2)). Debts which occupy the financial disclosure of this entity are related to its shares; therefore, there is no significant difference between old or new partners. They are similarly liable, whether they are founding or non-founding partners.

As for the limited liability company, the Companies Law has constituted a distinct system for transferring the share of one partner to someone else. And it can be summarized in the following:

The partner who is willing to transfer should have the right to do whatever he wants with his share if 30 days passed from the date of notifying the wish of transfer.

As we notice, there is a pattern to the legal responsibilities of a new partner. This pattern is, that every partner in a company is responsible for the debts of his entity within the limits of his share, regardless of the legal form of the business he is involved. There is no real difference, concerning legal responsibility, between founding partners, and new partners who enter the company after incorporation and commencement of the activity. And perhaps, this rule is justified, for two reasons. First being that the debt is directly related to the company’s activities, and to the shares that form the capital of this business. Subsequently, it just makes sense that these debts have nothing to do with the partners themselves. Secondly, a valid assumption is made that the new partner chooses to enter a company after thoroughly acquainting himself with the financial situation of this entity. Hence, he is acutely aware of what he’s getting himself into and has made this choice of his accord. The only exception to this rule is the liability of joint partners in partnership commendam companies (joint liability companies) and simple commandite companies.