Overview: Upsurge of IPOs in the UAE

“In a world that’s changing so quickly, you are guaranteed to fail, if you do not take any risks”
Mark Zuckerburg (before Facebook IPO)
Introduction 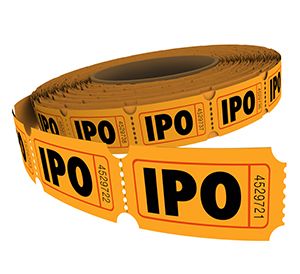 The transitions to a public company is a very important development in the history of companies and the next major step in the evolution of any private company, not to mention its role in the deepening of capital markets. The Initial public offering (IPO) launches an immense growth for any company. However, the procedures involved are rigid and require strict due diligence pre IPO and post IPO. Materialization of new listings in the United Arab Emirates (UAE) is however not that efficacious despite the country’s market rallying at or near the fastest pace in the world. According to the latest survey, the Dubai Financial Market General Index is up 126.8 percent in the past year, with Abu Dhabi Securities Exchange Index rising 69.7 percent. The IPO extends substantive capabilities to the public company in terms of growth and development, or in terms of dedicating the concepts of transparent governance and effective management.
Experts are saying that long-awaited changes in commercial laws of UAE are boon to the UAE market. UAE economy aims to compete with global standards and ensures transparency in the system with a view to sustaining a global economy in this competitive world. To attract more foreign investment in the country this was a need of an hour. The commercial companies law (Federal Law No 2 of 2015) has diversified the avenues.
The main aim for passing UAE Federal Law No (2) of 2015 is to enrich and diversify the UAE economy in order to compete on a regional and global level, and to enhance the way in which commercial companies operate in the UAE. The idea is that greater transparency and clarity in the system will naturally result in an increase in investor confidence in the UAE market, the ultimate objective of which is to attract a larger volume of foreign investment into the UAE.
The recent proposed change to the UAE companies law will penetrate the IPO market. Under the new companies law, the percentage of ownership that must be sold in an IPO will be cut to 30 percent from 55 percent. This is a hindrance for companies going public in the UAE and companies which are looking for massive expansion of their activities are opting for other exchanges in the world, for instance, London stock exchange is the most preferred option for the companies in UAE. Recently the big names have come up with their IPOs like Damac holding, a top developer in the UAE which listed their shares on the London Stock Exchange. Even Emaar is considering its first issue in the near future. One Abu Dhabi based company has also planned to sell shares on the London Stock Exchange to feed its expansion.
Another constraint under the local listing is regarding the pricing of shares. There is a lack of flexibility for owners in structuring sales as shares are to be priced at a par value of Dirham 1. As per Emirates Securities and Commodities Authority (ESCA) guidelines 2, 45 percent of the shares need to be subscribed by founders before the remaining 55 percent of the shares are offered to the general public via IPO.
The regulatory framework of IPOs - local listings
In the UAE, there are three stock exchanges. Abu Dhabi Securities Exchange (ADX) lists mostly local UAE companies and NASDAQ Dubai deals in the trading of international stocks. The two stock exchanges namely DFM and ADX fall under the regulation of Securities and Commodities Authority (SCA) which is a governing body and both stock exchanges have to comply with the standards of SCA. SCA is a watchdog authority to protect investors’, brokers’ and listed companies’ rights.

Similarly, Dubai Financial Services Authority (DFSA) is the governing authority of NASDAQ Dubai which follows the international standards of listing on the similar lines as of EU norms. In line with the international regulatory framework, a listing on NASDAQ requires certain formalities, however, the rules and regulations purported are to be favorable and intuitive and close to the DFSA objectives. The Markets Law 2012 3  and the Market Rules came into force in 2012 after a public consultation process and based on the rules published by Financial Regulation Authority, United Kingdom. A company formulating an IPO would require establishing a concurrent dialogue with both the DFSA and NASDAQ Dubai. The most essential document which sets out all the details and terms of offerings is the Company’s prospectus. A requirement that the company must have a market capitalization of at least USD 10 million and that it must normally list at least 25% of its shares 4.
Conclusion
In the view of above, the UAE is expected to be a very strong market for IPOs this year. The policymakers are keeping a liberal view and expecting the positive growth of the market. According to a new report from Ernst & Young, capital raised in the country and the wider MENA region saw their highest levels since 2008. 23 IPOs in the region raised USD 3 billion last year marking a 64% increase in terms of volume when compared to 2012 5. Three IPOs from the UAE, including Al Noor Hospital, DAMAC Real Estate Development, and Action Hotel, secured over USD 740 million from foreign listings on the London Stock Exchange.6