"People of the same trade seldom meet together, even for merriment and diversion, but the conversation ends in a conspiracy against the public or in some contrivance to raise prices."

In the business jargon, no term is more appraised, more condemned, more desired, and at the same time, less understood than "competition". This simple word also forms the basis of this article. Yet, "competition" has a different meaning for the lawyers, the economists, and the business community. These real and theoretical differences stand in the way of the development of an extensive and rational policy for the control of the business. The United Arab Emirates (UAE) has recognized and taken effective steps to merge these differences by introducing the new competition law in the country is Federal Law number 4 of 2012 that came in to force on 23 February 2013.

With the enforcement of competition law the Government of UAE has aimed to provide a framework for international traders in matters relating to sale and resale, pricing, conspiracy, abuse of market position, restriction on predatory and resale pricing, and interestingly enough the toughest penalties for breach of confidentiality. 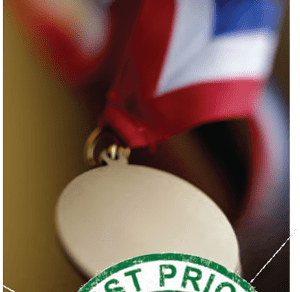 UAE has emerged as a significant commercial hub and an admissible place for people from across the world to do business. UAE has transformed from an oil and gas dependent state to an economy which has invited a lot of foreign investors providing space for a diversified economy.  From strengthening real estate market to increasing presence of international brands, from high volume oil and gas trade to housing one of the World’s best financial center, Dubai and the UAE is indeed a land of opportunities to many. This sustained growth is a result of careful, planned, and commitment to deliver the best to all. With growth comes risk.

III. COMPETITION – THE GOOD, THE BAD AND THE UGLY

An attempt to equal or surpass another, or who pursues an object similar as another is an age-old practice adopted by tradesmen and the business community. On one hand, the term ‘competition’ connotes a positive meaning because it encourages and motivates people to do better. On the other hand, competition to some would simply mean dominance. Recent trends in the world of business notably globalization and advanced technology have had significant effects on most companies. Companies are adopting global strategies entering into strategic alliances through joint ventures, mergers etc. with a view to strengthening their market base. A major consequence of these trends is increasing competition which essentially raises important competition issues leading to market dominance. 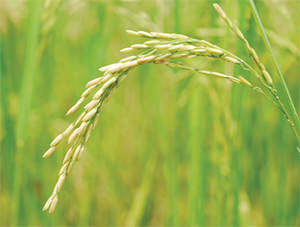 Mr. Cee, the owner of ABC supermarkets decided to marry his only daughter to a rice baron in India, Mr. Mee. Besides other talks, Mr. Cee and Mr. Mee discussed their businesses and potential transactions they could generate between them. Mr. Mee as a heartfelt gesture decided to gift 5 containers of rice to Mr. Cee at a price seventy percent lower than the market price. Benefitting from the newly found relationship, Mr. Cee’s management in turn now decided to offer 1-kilo rice free to every customer making a purchase above AED 500/-. Whilst the merriment was ongoing, the management team of one JKL hypermarkets, a large chain of hypermarkets got concerned and felt that their business was in jeopardy.

After several internal consultations and brainstorming, JKL hypermarket’s marketing team proposed to its management that JKL could source a large quantity of rice from ABC supermarkets. Following the advice, JKL sourced twenty containers of rice from ABC supermarkets. Mr. Cee, in turn, requested his in-law, Mr. Mee to supply the rice. Excited that he had best of both the worlds and consistent to his promise, Mr. Cee supplied the rice to JKL hypermarkets.

Immediately upon receiving the delivery of rice, JKL management decided to start a promotion inviting customers to get 1-kilo free rice for every purchase worth AED 500/-. Little did Mr. Ceerealize that he had been tricked by a now healthier competitor who had a large stock of rice which unfortunately ABC did not! Mr. Cee felt JKL management had abused its dominant position causing losses in form of loss of business, loss of opportunity etc. In sum, the consumers benefitted from the competition whereas ABC got affected by ‘competition’.

Abuse of dominant position could also mean refusal by a party to provide goods, essential facilities or services to other. The European Court of Justice has defined ‘dominance ’ as:

“Undertakings are in a dominant position when they `have the power to behave independently, which puts them in a position to act without taking into account their competitors, purchasers or suppliers…. they have the power to determine prices or to control production or distribution for a significant part of the products in question…”

Although no direct legislation aimed at preventing dominant position or competition practices prevailed in the UAE, inferences can, however, be drawn from different laws which broadly covered areas dealing with abuse of position, monopoly, and unfair trade practices. Federal Law Number (4) of 1979 promulgated for Suppression of Fraud and Deceit in the Commercial Transactions.

Federal Law Number (24) of 2006 relating to Consumer Protection was yet another legislation aimed at safeguarding rights and interests of consumers at large.