An ounce of prevention is worth a pound of care. 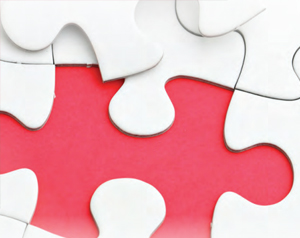 In a survey published by the DIFC, the Chairmen and CEOs of key institutions believed that the governance of their companies is well established. In the same survey, however, the views from other family members of the same company who were involved in different positions were divergent. Whilst many companies, particularly the listed ones claim to be part of the UAE Government’s initiative to streamline and strengthen internal corporate governance code, small and medium-sized enterprises (SMEs) and family-owned enterprises (FOEs) are yet to follow the norm.

Corporate governance is defined as “a set of rules, standards and procedures that aim at achieving corporate discipline in the management of the company in accordance with international standards and approaches through determination of responsibilities and duties of members of boards of directors and the executive management of the company, taking into consideration protection of shareholders' and stakeholder' equity”

UAE has set out a positive notion for implementation of corporate governance policy as it introduced stringent legislation through the Securities and Commodities Authority (SCA) Decision No. R/32 of 2007 as amended by the Ministerial Resolution Number 518 of 2009 Concerning Governance Rules and Corporate Discipline Standards as further amended by the Ministerial Resolution Number 84 of 2010 (the Code) and Federal Resolution Number 17 of 2010 establishing the Abu Dhabi Centre for Corporate Governance.  In this article, we examine the existing corporate governance policies and the need for adopting such practices by unlisted firms.

Companies which are listed either on the NASDAQ in Dubai International Financial Centre, Abu Dhabi Exchange (ADX) and Dubai Financial Market (DFM) are required to compulsorily adhere to the regulations set forth by the regulating authority of the relevant exchange. While NASDAQ is regulated by the Dubai Financial Services Authority (DFSA) and is subject to the regulations of the DIFC, which will be discussed in a subsequent issue, ADX and DFM are regulated by the SCA and are governed by the Code.

The industry players governed by the SCA corporate governance Code include non-financial institutions and public joint stock companies and are required under the code to adhere to the following standards:

a. Separation of authority and defining obligations- The Code provides a clear indication for separation of authority, differentiation between management and ownership issues. It states that each company listed on a market must be managed by a board which is to be elected by the shareholders. At least one-third of the members of the board should be independent and non-executive members. The position of chairman and managing director must be held by different individuals.  The Code states that a board meeting must be held twice a month. The Code further provides for the appointment of audit, remuneration and nomination committees as well as a compliance officer.

b. Internal Control and disclosures- Provisions of the Code have received appreciation and to some extent a little criticism for the outlines pertaining to internal control and disclosure by the members of the board. The outlines for disclosure set out under the Code and the disclosure statements requested by SCA are often speculated to be dissenting. It is required by the listed companies to implement and exercise strict internal control policies and practice consulting and advisory within the board. In addition to this, members of the board have to make detailed disclosures to the SCA with relation to the company’s activities, risks, and steps taken by the board.

c. Annual report- The SCA requires companies to submit an annual report which amongst other things also includes the disclosures required by Article 8 of the Code. The report also explains the decisions of the board and compliance (as well as non-compliance issues with the Code).

Financial institutions regulated by the UAE Central Bank are governed by the Circular Number 23/00 of the Central Bank which provides mandatory recommendations for corporate governance structures. In addition to this, the Central Bank has issued guidelines which are not mandated by law. The Chairman of UAE banks, Directors and CEO have been provided with relevant formal guidelines in order to avoid misuse of authority and prevent embezzlement of monies has been witnessed by the UAE in high drama court cases.

UAE houses several local family businesses which have branched out in multiple business dimensions. In a working paper by Dubai Chamber of Commerce and Industry published in 2005 a family business is defined as “a business which is fully owned by UAE nationals.” In practical terms, this definition will include companies where 51 percent of the ownership is retained by the UAE national.

Small and Medium Size Enterprises, on the other hand, are defined as those companies which have an annual turnover of less than AED 250million and less than 250 employees.  Dubai SME published its report examining the need for corporate governance structures within the FOEs and SMEs which is elaborative and illustrative. 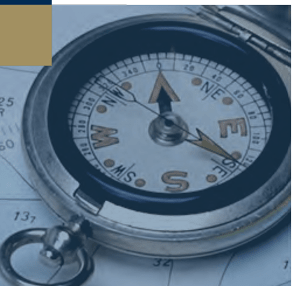 Debating on the need for corporate governance, people in positions of authority often argue that family businesses and SMEs are smaller units and hence thorough corporate governance may not be the need of the hour. In response, the lesson needs to be taken from software giant Intel, 90% of whose sale in January 2013 came from the products which had not even been finalized in December 2012. The example of Intel highlights one important facet of all economies and each business- change. Developing economies, revenue boosts, mergers and amalgamation- all bring out ‘the change’ in a business. As published in a DIFC survey referred in this article, the former director of DIFC has quoted that “nearly 95 percent of the family businesses do not survive the third generation of ownership due to lack of planning in successions”. In such a competitive and changing market, the cost of not working out corporate governance could mean risking more than the loss of just a few stakeholders.

SMEs and FOEs each need to understand the process of corporate governance and the key issues it addresses which include but are not limited to:

Regardless of being a listed company, a FOE or an SME- corporate governance policy needs to be embedded within the framework of a company in order to ensure sustainability in the long run. External regulations alone cannot help businesses sustain and flourish without the existence of internal control and governance. To conclude, it would be best for companies to recognize that ‘management’ of a company differs in several aspects from the ‘governance’ of a company.