FDI and tax regulation in India 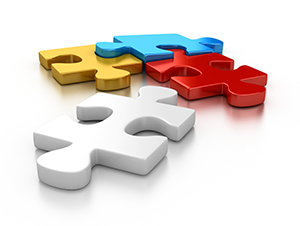 Once an entrepôt facilitating trade between the Asian subcontinent and the Middle East, today the United Arab Emirates is home to more than 2 Million Indians together with foreign residents, this expat population accounts for more than eighty percent of UAE’s total population. Inevitably the successful completion of many ambitious projects in the region is indirectly attributed to the swaps of workers in their striking safety gears, often described redirecting roads near construction sites, the majority of whom belong to the Asian sub-continent. A large number of advisory firms on these projects are controlled and operated by foreign companies that possess international expertise in the business.
In a similar maneuver, the Indian sub-continent has garnered positive responses to investments with a diversified pattern. In 2012, one of the leading ports company from Dubai was awarded the bid to build and operate single berth terminal facility at Nhava Sheva Mumbai which is valued at USD 200 Million while another real estate conglomerate joined hands with MGF Developments in India to develop state of the art real estate infrastructure projects. Yet another example of such investments is that of the largest vitrified tiles manufacturing plant in Samalkot Andhra Pradesh operated by Ras Al Khaimah based tile manufacturing giant.
A perceptible nexus, therefore, exists between these two territories. Why then inward investments from the United Arab Emirates to India has been at the nib of much dissension. Such investment climate bears a larger impact where a number of international firms that have set up base in UAE are keen to invest but restricted by several factors. A 2014 cumulative analysis of the FDI in India from international countries places UAE on the eleventh place. Mauritius is ranked at number one with 36% share, followed by Singapore’s 11.9% share.
The tax regulations in India, Reserve Bank guidelines followed by several court decisions have played a major role in the establishment of the above predicament for investment flow from UAE.
This brief FAQ will focus on the regulations relating to inward investment where consultancy or technical services are concerned. 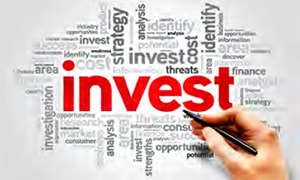 1.Benefits- UAE vis a vis Mauritian SPV
There are significant tax benefits of investing in Mauritian route such as following:
a. exemption of capital gains on exit
b. the absence of Article on Fees for Technical Services
c. Service PE clause in India - Mauritius DTAA.
However, unless there is substance in the Mauritius entity, the Double Taxation Avoidance Agreement benefits may be denied due to non-grant of Tax Residence Certificate (TRC) by Mauritian Revenue Authority and / or treaty may be overridden by invoking General Anti Avoidance Rules (GAAR) provisions under Indian taxation law (which is applicable from the financial year 2017-18). This will pose significant questions as to benefits for a Mauritian setup.
Since the DTAA between UAE and India is in place, the tax authorities seek to recover the tax on income earned by considering the earning of intermediate parties or shareholding and corporate structures of the companies to understand if the intermediate holding company is created to evade taxes. For instance, in Tvm Ltd. vs Commissioner Of Income-Tax (1999 237 ITR 230 AAR), the issue was raised relating to tax applicable to profits earned by Mauritius based company TVM (Applicant). The applicant was engaged, inter alia, in the business of development, operation, marketing, sale and distribution of television programmes and broadcasting of a television channel. T. V. India Limited (TVI) is the Indian company. It had the same group of shareholders however the Directors and their nationality was different in the composition further the management was independent to that of the Indian company. The issues relating to the business profits earned by the Applicant from the sale of air-time on the television channel broadcast in India, inter alia, would be liable to tax in India was raised by Applicant in view of tax levied on them. The issue was further raised whether the agent appointed by the Applicant to solicit orders from the purchasers of air-time and to pass on those orders to the Applicant for acceptance, could be construed as a permanent establishment of the applicant in India. However, the Tribunal adjudicated in favor of the applicant stating Dependant Agent Permanent Establishment was not established as per the contract, arm’s length payments and considering income share out of total income of the Agents. 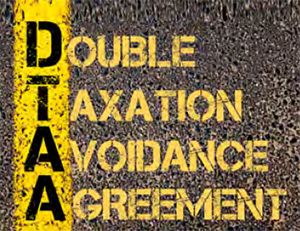 2.Overview- UAE and India DTAA provisions on technical services
There is no provision under DTAA signed between India and UAE for tax on fees for technical services. Moreover, unless the threshold limit under DTAA signed between India and UAE for Service Permanent Establishment (PE) is surpassed (viz. 9 months in any 12 month period), the services provided by a pure consultancy firm to a local partner would not be taxable in India even if investment is directly made by the UAE entity. Therefore, parity may be achieved under India-Mauritius DTAA and India-UAE DTAA as far as taxation of fees for services for technical services is concerned. However, the contractual relations between the parties, payment transaction, and management of the companies should reflect the independence in the working of the entities.
3.Legal requirements for equity investment by UAE service or consultancy provider to local partner.
The investment of part equity in the Indian SPV is allowed under Automatic Route for certain categorical services wherein government permission is not required under Foreign Exchange Regulatory laws in India (assuming that “control” and “management” of the Indian JV would rest with the Indian JV partner). However, security clearances will be required, for instance in case of aviation services such clearance will be sought from Bureau of Civil Aviation Security, Ministry of Civil Aviation, such investigation being carried out by Intelligence Bureau and police. Moreover, valuation norms have to be adhered to for making investments (initial as well as subsequent) into an Indian company under Indian Foreign Exchange Regulatory laws. Otherwise, primary compliances are required to be made by Indian JV and UAE company for such investment. Such compliances are Inward remittance intimation (within 30 days); issuance of shares within the time limit (within 180 days) and filing Form FC-GPR (within 30 days of allotment) is required under Indian Foreign Exchange Regulatory laws by the Indian JV.
4. Structuring of business transaction envisaged ensuring smooth funds remittance on both the revenue and Ebit element
Remittance modes from India by the Indian Joint Venture (JV) are largely restricted to dividend, interest, and royalties/FTS. Since UAE company would, in any case, provide technical services to Indian SPV, the fees for such services could be aligned to revenue share and EBIT share. Also, such FTS payments would have to be benchmarked under Indian Transfer Pricing regulations. The type of transactions are stated in the Indian Transfer Pricing regulations code and specifically laid down in the Financial Act 2012 which specifically covers definition of ‘international transaction’ by the Finance Act 2012, to specifically cover certain transactions/ arrangements such as purchase, sale, transfer, lease or use of intangible property, provision of guarantees, deferred payments or receivables, business restructuring or re-organization, so on and so forth.
5. Authorities view in terms of further registrations, creating permanent establishments, tax status, etc:
Once security clearance is completed, such investment should not be viewed adversely as far as the apprehension of direct investment from UAE (vis-à-vis Mauritian route) is concerned. From the tax angle, Indian SPV may not be construed as constituting PE of UAE company since UAE company would conduct its own business in India while providing service to Indian JV. Further, UAE company may not be construed to have a PE in India or a dependant agency PE in India. The Service PE threshold should be borne in mind when providing technical services to the Indian JV.
6.The factors to consider and write into agreements to ensure a fluid exit strategy, if required:

A guaranteed return by way of an assured exit price is prohibited under Indian Foreign Exchange Regulatory laws. Further, the exit price to be paid to the UAE company would have to adhere to the valuation norms under Indian Foreign Exchange Regulatory laws as well as under Indian taxation laws. From the taxation point of view, capital gains earned by UAE company would be chargeable to tax if the investment is made directly but would be exempt under India-Mauritius as well as India-Singapore DTAA (as discussed in point 1) provided the transaction is other than a share buyback by the Indian JV.