This line was added at the last minute. Before adding this line, the title to this article was changed. Just in case you were thinking that there’s no word such as ‘unnote’, believe me – there is. It means not noting; failing to pay attention (Source: Wiktionary). 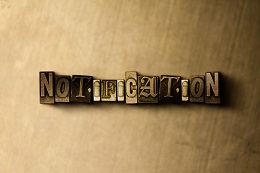 Prominent jurists and legal scholars agree that the dynamic change in a society generates a subsequent need for modern legislation that can promptly deal with present-day issues. However, one might opine that such a transition in the law does not just involve amending a few pages in the official gazette. The lawmakers of a nation undergo tremendous pressure in the process of repealing a current statute and enforcing a novel one. Moreover, this process only gets more burdening if the repealed law is of regional importance such as a penal code; or as in our case, the Companies Act 1956 of India. This owes its tribute to the vitality and prominence of the statute since almost all the commercial transactions in the country are undertaken by entities that have been registered under the previous statute. However, one should stop to think what happens to the lawsuits and other legal procedures that are still pending in the courts under the former statute. Companies would incur enormous losses of finance and other resources if the courts decided to terminate all the pending cases under this legislation. Ergo, the lawmakers endeavor to simplify this transition in law to ensure that the commercial activities of the companies and ultimately, country's economy is not disrupted by the amendment.

India is home to numerous multinational corporations, domestic companies, and limited liability companies established in various sectors ranging from industry-based activities such as telecom and mining to service-based activities such as online cabs and ever-thriving film industry. Further, the country put its foot into global trade and commerce when it lifted all trade barriers and permitted the entry of foreign corporations. This led to the transformation of the country’s steady domestic economy into a dynamic global force which necessitated the demand for a more flexible and comprehensive legislation.

The Government of India enacted the Companies Act in 2013 (the Companies Act) with the view to meet the dynamic issues in the corporate sector of the country. The Companies Act had made numerous major and minor amendments to the then existing Companies Act, 1956 (the Old Law). The novel Companies Act provides for a more modern and flexible approach to governing companies while attempting to stabilize the economy after the economic blowbacks of the past decade. However, the implementation of this statute came in phases considering the diversity of industries and multiplicity of legal formalities that are affected by the same. 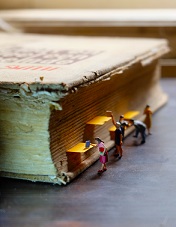 The Companies Law primarily aims to simplify the process required for mergers and amalgamations since the Old Law had provided for an extensive procedure and set of requirements that had to be satisfied for a merger or amalgamation to be valid in the eyes of the law. The Companies Act strives to achieve this standard by empowering the National Company Law Tribunal (the NCLT) and simultaneously, establishing a transparent procedure that is in line with modern corporate practices. The enforcement of the sections in chapter XV authorizes the NCLT to deal with compromise arrangements of companies with their creditors with the view to ensure that neither of the parties incurs any losses against the law of equity. The NCLT is also conferred with the power to govern certain aspects of arrangements and amalgamations between companies. The chapter also provides the Central Government with authority to implement a fusion process in the public interest and has further laid down a set of conditions that are a pre-requisite in a merger or amalgamation scheme. However, it is pertinent to note that the Companies Act would not govern over international mergers or amalgamations (involving a foreign company) since section 234 in chapter XV is yet to be enforced.

Further, certain provisions in Chapter XX regarding instances when a company would be required to wind up and the NCTL's role and jurisdiction in the winding up of companies have also been enforced. The Notification has implemented those sections that have provided for the appointment, powers, duties and the legal formalities that should be followed by the company's liquidator at an unfruitful event of company’s dissolution by order of the NCTL. However, these provisions do not include the ambit of a liquidator in the case of voluntary dissolution. Therefore, it is only reasonable to assume that the Old Law would govern the status of the liquidator of a company that has requested for voluntary dissolution.

As discussed earlier, the implementation of a new legislation and the subsequent transfer of cases from the previous statute could cause considerable ambiguity in cases that had been registered under the latter. Therefore, the Ministry issued the Companies Transfer and Pending Proceedings Rules, 2016 (the Transfer Rules) and the Fourth Order of Companies Removal of Difficulties, 2016 (the Fourth Order) in an attempt to eliminate the issues surrounding the pending cases that were instituted under the Old Law.

Section 434(1)(c) of the Companies Law explicitly provides for the transfer of proceeding involving arbitration, compromise, arrangement and reconstruction from the courts in the nation. These proceedings would be transferred to the NCLT who would then commence the case from the stage it was transferred from the courts instead of restarting the whole debacle from the beginning. However, voluntary winding up proceedings of a company will continue in the respective court in which it has been instituted. Further, winding up proceedings of a company due to their inability to pay debts would be transferred to the NCLT under the provisions of the Insolvency and Bankruptcy Code, 2016. However, the case would continue to be dealt by the provisions of the Old Law if the suit was initiated under the Sick Industrial Companies Act, 1985. Further, if the winding up proceedings had been initiated on any ground other than the inability of the company to pay their debts, then the suit would be transferred to the NCTL and be governed by the Companies Act. 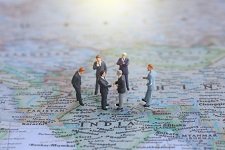 Companies spend a mammoth amount of resources on judicial proceedings due to the enormity of the underlying issue. The number of mergers and amalgamations taking place in the nation has continuously widened given the diversity of sectors and geographical boundaries that exist within the country. Therefore, these legislations primarily aim to smoothen the transition of cases from state courts to the NCLT with the view to avoid any ambiguity or delay in proceedings that may arise in the process of transition. These novel legislations have embedded the principles of modern corporate practices to ensure that companies have substantial resources to concentrate on their commercial activities rather than domestic legal formalities. Ergo, these novel legislations have been whole-heartedly welcomed by the investors in the nation considering the clarity it has provided in the Companies Act.