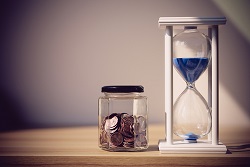 The advent of the year 2015 has seen a lot of political and economic skepticism unfolding in the form of the Brexit vote, demonetization in India, mounting Chinese debt and concerns over trade relations between the US and Asia. It, however, appears that the politico-economic uncertainty has not shown any signs of slowing down the private equity (PE) investment regime. More particularly, with 2016 marking the third year in a row that the Asia-Pacific PE industry has performed at historic levels—a sign that PE performance in the region is increasingly dependent on the sector’s fundamentals. Private equity investments' value in the Asia-Pacific region crossed $92 billion in 2016; which is a pullback from the 2015 all-time high of $124 billion.[i]

The predominant objective and purpose of the PE line of financing remain growth and profits. PE firms typically infuse substantial funds with the intention to conceptualize ideas for growth and overcoming financial disability for companies thereby playing a pivotal role in the nurturing the economic climate of a country. Notably, in comparison to a venture capital investment, a PE investment is typically for a much higher amount, and in return, the investors either opt for a buyout or expects a substantial share in the company with active participation rights in the business. These investments initiate when an entity approaches a PE firm or investor seeking investment (in some situations, even the PE firm may contact a prospective business opportunity). Upon detailed discussion and taking stock of the situation, the parties arrive at an arrangement structuring terms of the investment. Importantly, at this stage, the investor shall undertake due diligence into the affairs of the company along with better understanding of the financial situation of the shareholders of the entity. Upon satisfaction of concerns in the diligence report, if any, and if the investor agrees to proceed, the parties execute final agreements, namely, shareholders’ agreement, share subscription agreement, etc. after which the investor infuse funds into the company.

In India, PE line of financing is still in its nascent stages. While in the early 2000s, the focus of PE investments was towards the booming sector of Information Technology due to its dynamic growth opportunities. However, after the burst of the dot-com bubble, PE investors shifted focus to other commercially viable industries. Another hindrance to the rising graph of the PE investment was the economic meltdown in 2008- 2009 which substantially deflected the investment deals size. However, consequently Flipkart’s USD 150 million, 4th round funding in 2012 Q1 kicked off an overall positive sentiment in funds investing in the domestic e-commerce industry.[ii]

India witnessed an increase in the number and size of PE investments made in 2014 aggregating to around $11.5 billion, which was 17% higher than the total investment value as compared to the same period the previous year. PE investors have been steadfastly interested in certain lucrative sectors including E-commerce, financial services, power and, energy among others. Most notably, in the current economic scenario, Indian real estate industry owes its foundation to private equity. PE financing, in a broad ambit – now makes up 75 percent of the funds in India’s real estate sector, compared with just about a fourth in 2010.[iii]

As discussed herein, this two series article aims to explain the factors that drive private equity investments in India and the regulatory framework associated. The framework and the documentation of PE investments will differ (regarding the regulator and legislation) depending on the structure of the PE investment. In India, the Companies Act, 2013 (the Companies Act), the Income Tax Act, 1961, Foreign Exchange Management Act, 1999 (the FEMA) and the rules and regulations framed therein overlook the governance of PE investments. Securities and Exchange Board of India (the SEBI) regulations governing the regulates the listed companies. By this article, we shall discuss the manner of structuring the PE funds, the mode of investments and the laws which govern the PE financing mechanism in India.

In India, PE funds assume the form of trusts that are registered and regulated by Securities and Exchange Board of India's 2012 Regulations regarding Alternative Investment Funds (AIF Regulations)[iv] as Alternative Investment Funds (AIF). Such AIFs can be set up only as a trust, company or a limited liability partnership (LLP). Therefore, procedurally, a PE fund may be established as a trust under the Indian Trust Act, 1882 and registered as an AIF under the AIF Regulations.  The trust deed and investment/contribution agreement would govern the terms of the arrangement between the parties and shall stipulate the details of the agreement including the amount of investment, period, the object of fund and manner of distribution of returns.

Similarly, an AIF may be set up as a company under the provisions of the Companies Act, and the articles of association and the inter-se shareholders' agreement would govern the same.

In the same manner, AIF funds can be set up as LLPs under the Limited Liability Partnership Act, 2008.

However, AIF is seldom set up as a company since there are stringent compliance procedures to be followed by companies. Also, while an LLP may be an attractive choice for PE funds worldwide, it is still a relatively new structure in India. 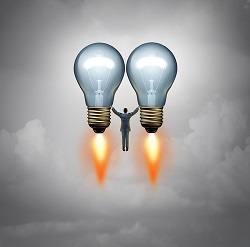 Significantly, registered AIFs in the country have substantially expanded over the past two (2) years and estimates to around 270 in 2016. AIFs have also been a major contributor to the overall fundraising in the Indian market and contribute to around 41% of the total funds raised in India in 2016. A majority of the funds reported greater participation from LLPs through passive co-investment rights that existed in their current portfolio. PE Funds expect LLPs to play a more dynamic role in 2017 and is likely to offer more co-investment opportunities. Further, fundraising is supposed to be a higher priority for funds in 2017.

Importantly, the appeal of significant growth has attracted foreign investment into India. Reserve Bank of India along with the Foreign Investment Promotion Board and the Department of Industrial Policy and Promotion have stipulated rules and regulations issued by FEMA with the view to regulate the foreign investment that flows into India. In this regard, we will discuss the foreign direct investment (FDI) policy and Foreign Exchange Management (on the Transfer or Issue of Security by a Person Resident Outside India) Regulations in detail in the second part of this Article.

Investors in PE may opt from one of the following instruments to effectuate their transactions:

Moreover, under the FDI policy, any instrument apart from the above, which are not completely and compulsorily convertible to equity shall be treated as debt and regulated by the external commercial borrowing (ECB) norms. The old company law regime (Companies Act, 1956) strives to protect the creditors of an entity by classifying the outstanding amounts as deposits. This law states that a CCD could avoid from falling under this category as long as they are convertible into equity or secured by an immovable property. However, the Companies Act amended this provision by stating that conversion of CCD into equity should take place within five (5) years or the underlying security should rank parri passu (same or equal footage) with the first charge on the asset to avoid classified as a deposit.

The issue and transfer of these equity shares, CCPs, and CCDs are regulated by the provisions of the extant FEMA regulations, as also the Companies Act and the inter-se agreements entered into between the parties.

So far, this Article has purported to discuss India’s regulated climate on private equity investment. It is evident from the increasing graph that in spite of several regulations and restrictions prescribed by the relevant regulatory authorities and laws, India continues to be a favored jurisdiction for private investment. According to a 2017 report by Bain & Company, “to attract more investments, India may have to strive to reduce the regulatory restrictions in the country; that consists of a regulatory environment that is conducive to business growth.”[v] Hence, it is prudent that the regulators reduce the level of restrictions and policies that may hinder the incoming investment opportunities.

Further, in Part II of this article, our attorneys will discuss the provisions of Income Tax Act, 1961, FEMA regulations as well as SEBI regulations regarding the aspects of the private equity market in India. We will also discuss the applicability of PE line of financing in the current economic climate of the United Arab Emirates.

[iv] Discussed at length in Part II of the Article.