An economy's financial markets are critical to its overall development. Banking systems and stock markets enhance growth and development, the principal factor in poverty reduction. A well-developed and supported financial system should improve the efficiency of financing decisions, favoring a better allocation of resources and thereby economic growth. Likewise, planned legal reforms play a pivotal role in the overall development of financial markets. Economic growth, in other words, is conclusively linked to i) cost reduction; ii) increasing the availability of finance, and iii) promoting economic restructuring[i]. This effect is greater for those players who rely heavily on external financing as against resorting to retained earnings[ii]. The aviation sector is a perfect example of this kind of industry players. Aircraft financing has evolved (especially) over the last decade. What used to be gasconade of super wealthy in the past is today no longer deemed alluring extravagance.

A careful, well-planned and structured framework for secured transactions reflects a crucial step in improving access to credit and increasing credit for financing equipment. Aircraft financing can be complex on account of varied reasons. These include i) the fact that aviation industry is heavily regulated; ii) conflict or incompatibility of laws in foreign countries compared to domestic regulations thereby creating enforcement problems for secured creditors; iii) ownership and registration provisions (see below), and iv) operating restrictions to name a few.  The Blue Sky case and issues raised due to the choice of law is only a tip of an iceberg, and there are various other aspects that a lender must consider while entering into aircraft mortgage. To repossess the aircraft on default of payment by preventing de-registration from the jurisdiction where the aircraft operates is the key function of the Mortgage. Despite the fact that attempts have been made to protect the rights of financiers at international level by Cape Town Convention; there still exists - a lacuna due to the contradictory lex registry or differences in local law mortgages. 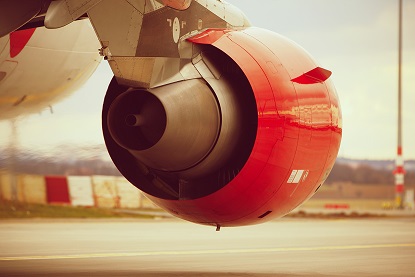 The Chicago Convention of 1944 on International Civil Aviation (the Convention) deals with registration of civil aircraft (and; not state aircraft). The United Arab Emirates accessed the Convention on 25 April 1972 and South Sudan is the latest entrant as of 11 October 2011. In 2013, the President of the ICAO Council invited Taiwan to participate in the 38th ICAO Assembly, but Taiwan has not yet formally accessed the Convention. Article 18 of the Convention proscribes aircraft from registering in more than one state, and further Article 19 sets out that registration of aircraft in any state shall be by such state’s laws and regulations. In the United Arab Emirates, the UAE General Civil Aviation Authority (the GCCA) issues timely ‘Civil Aviation Advisory Publication' (the CAAP) outlining Guidance on Aircraft Registry Requirements. The CAAP applies to all UAE operators and persons or entities holding legal interests in registering or de-registering civil aircraft in the UAE Civil Aircraft Registry, as well as entities that require registering interests on International Registry in Mobile Assets for which the UAE is the State of Registry. In contrast, in the UK an aircraft register is maintained to record names of operator or charterer by demise (for instance, lessee of aircraft) and the United States supports registration of owners which is limited to US Persons or entity. The Convention has had a bearing on Blue Sky One Ltd & Ors v Mahan Air and another[iii] (the “Blue Sky case”).

This article is structured to reflect the considerations that aircraft financier must deliberate on and consider while structuring the aircraft mortgage transaction:

Adequate planning and initial diligence are important in establishing and determining aircraft ownership. Private jets and charter flights are registered in individual names or under the name of a special purpose vehicle (the SPV) or free zones. The laws vary significantly in different jurisdictions when it comes to ownership as discussed above. In India for instance, registration of such aircraft under an off-balance sheet vehicle such as overseas SPV is unlikely to be accepted. Likewise, the Federal Aviation Administration in the United States registers and hangars aircraft in the name of US Persons or US entities. Non-US owners are required to appoint a trust company, and such trust will hold the title to and in the aircraft on behalf of such foreign owners. In the case of true lease form of arrangements, the lessor must be identified and registered as the proprietor on FAA’s register.

In the event where the lease does not constitute a true lease, the registered owner shall be the lessee. This gets more complex when dealing with mixed-use leases as FAA may raise a concern and treat such mixed-use as a conditional sale. In the case of mixed-use and based purely on the author’s experience, it is advisable to obtain a written opinion from FAA’s legal division before closing.

In cases where aircraft are registered under an SPV, the SPV will enter into the security financing documentation which typically includes an aircraft sale and purchase agreement, a loan facility agreement and security documentation. The security package must include:

3. Choice of Law and Laws Governing the Aircraft Mortgage:

ii.           be in international airspace during the execution of the mortgage or when the transaction closes; or

iv.          In view of the above deliberations, the aircraft financier must obtain legally enforceable and effective security over the aircraft in every relevant jurisdiction. 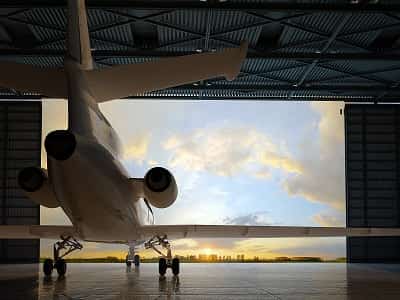 Considering the above contemplations it is suggested that the security must be taken under Cape Town Convention, however, the borrower must be located in the contracting state. Otherwise, it is recommended to a mortgage under the laws of registration specifically when aircraft is physically situated in that jurisdiction. Other means to protect security is to take foreign law mortgage under English or New York law if the same is recognized in other qualified jurisdictions or to depend on the shares of the SPV borrower company on which the financier have security to repossess the aircraft on default. This way the lender can seek the sale of aircraft by instructing the borrower to enter into a sale agreement with the third party which provides for payment of sale proceeds directly to the lender. The suggestions need to be considered on cases to case basis with jurisdictional laws considering the factors stated in the article.

[i] See A. Saunders & I. Walter, Proposed Unidroit Convention on International Interests in Mobile Equipment Applicable to Aircraft Equipment through the Aircraft Equipment Protocol - Economic Impact Assessment, (A Study prepared under the Auspices of MSEAD and the New York University Salomon Center, September 1998)](1998) 23:6 Air & Space Law 339-416