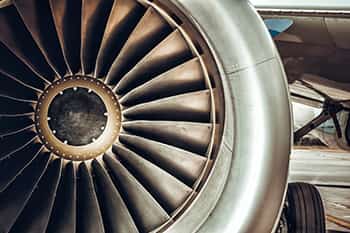 ‘People of the same trade seldom meet together, even for merriment and diversion, but the conversation ends in a conspiracy against the public or in some contrivance to raise prices .’

The aviation industry is a highly dynamic sector due to the surfeit of financial resources and capital that are involved in it. Deregulation and liberalization of the industry have minimized the barriers of entry and simultaneously facilitates the entry of new players into the market. This, in turn, has given rise to intense competition among the various airline operators.

Aircraft manufacturers in the US depend profoundly on the Export-Import Bank of the United States (the Bank) to provide loans and loan guarantees to their foreign customers at competitive interest rates. However, the Bank only provides financial aid to foreign customers who purchase US manufactured goods or commodities. Hence, domestic airline operators in the US contend that these foreign airline operators receive an unfair advantage due to the exclusive financial aid provided to them by the Bank. In this scenario, foreign airline operators are provided with an additional source of finance to fund their purchase of US-manufactured planes and other aeronautical equipment, which in turn, facilitates their operations.

The Bank is governed by the provisions of the ExportImport Bank Act of 1945 (the Bank Act) which has expressly laid down that the Bank can authorize loans, guarantees, insurance and credit with the objective of increasing employment of US workers. The Bank is also placed with the responsibility to process loan applications with flexibility and efficiency so that US exporters do not lose an opportunity to export their goods or commodities. However, the Bank cannot issue a financial guarantee for the production of any commodity for export by any other country, if: 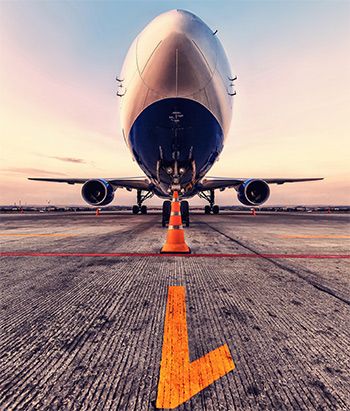 The Bank Act has further provided that the Bank has to conduct a detailed economic analysis of any loan application in order to determine the potential effects of that proposed financial transaction on the respective domestic industry. Therefore, the Bank has implemented certain economic impact procedures [EIPs] to meet the statutory obligations that have been laid down in the Bank Act. These EIPs help in determining the negative economic impact that any proposed financial transaction could have on the US domestic market. Financial transactions that do not pass any one of these EIPs would be subject to an extensive review process. A Chronicle of the American Airline Industry The complications with regard to providing financial aid to foreign airline operators commenced when the Bank had approved Air India’s application for loan guarantees for the purchase of particular Boeing aircraft. The domestic airline operators of US saw this as a substantial disadvantage as they were not eligible to obtain any financial aid from the Bank. Subsequently, the aggrieved Air Transport Association and Delta Air Lines sued the Bank on the grounds that the Bank had not complied with the statutory requirements of the Bank Act before authorizing the loan guarantees. They contended that the capability of domestic airline operators to compete with their foreign counterparts would be hindered if the Bank provided the latter with considerable financial support at competitive interest rates. They further claimed that the Bank had neglected to consider the competitive status of the domestic airline operators of US, as their comparatively weaker position would cause them to incur substantial damages.

Passenger Seats in an Aircraft: Exportable Good or Exportable Service?

Delta Air Lines argued that the Bank had failed to adhere to the statutory obligations under the Bank Act as the seating capacity that they produced was a commodity and not a service. Therefore, the Bank had assisted in the increase in production of seat capacity by financially aiding Air India. This would directly lead to an oversupply of aircraft and seat capacity in the international markets. They further contended that they had to cancel their non-stop passenger service from New York to Mumbai as Air India had flooded the international markets with an over-supply of seat capacity. The wrangle in this dispute was with regard to the nature of seat capacity that was provided by the airline operators. Delta Air Lines claimed that the foremost misconception by the Bank was with regard to the extent of the ambit of the terms ‘exportable goods’ and ‘exportable services’. They contended that the seating capacity that an airline operator produces is an exportable good. Therefore, the seating capacity of a foreign airline operator would considerably increase if the Bank financially supports them for purchasing aircraft from a US aircraft manufacturer.

After examining the contentions of the learned counsels of both sides, the US District Court for the District of Columbia took the view that the seating capacity of an airline operator is an exportable service and not an exportable good. The court further held that the Bank Act has conferred the Bank with the authority to decide on the EIPs that it should follow, in order to ensure that the domestic markets are not affected by any transactions. Subsequently, Delta Air Lines filed an appeal at the US Court of Appeals. This court authorized the Bank to proceed with the financial aid that was being provided to Air India. However, the Bank was asked to provide an explanation regarding the impact of the transaction on the domestic airline industry of US. The court further upheld the view of the District Court in regard that the seating capacity which an airline operator produces does not fall under the domain of the terms, ‘good’ or ‘commodity’ with regard to the Bank Act.

In the meanwhile, UAE has evolved as the financial hub of the Asian continent. Recently, Dubai has been analyzing the proposition to frame and incorporate its own Islamic export-import bank in order to facilitate the free flow of international trade. UAE has been a pivot of providing financial services to various industries and companies in many parts of the world. Hence, it is paramount that the major activities of the different industries in the country are closely observed and regulated. The implementation of the UAE Federal Law No. 4 of 2012 on the Regulation of Competition has significantly supplemented in developing an effective and sound market by eliminating reprobate competition. This legislation mandates that certain mergers and acquisitions be approved by the Ministry of Economy in order to ensure that the interests of other players in the market are not impaired by the fusion of two or more companies in the industry. The subsequent implementation of the Council of Council of Ministers’ Resolution No. 37 of 2014 guided in regulating the dominant position of companies and the economic concentration in various industries of the Arab nation. It has further helped in maintaining an ideal level of competition within the markets by providing for an explicit and thorough process which is to be followed when any company has muddled within the collective interests of the market. However, the courts should take the necessary steps to ensure that large companies and corporations do not exercise their dominance in the market to arbitrarily control other market factors such as prices, production, distribution etc. Firms should obtain adequate legal advice from their lawyers in light of the above developments. 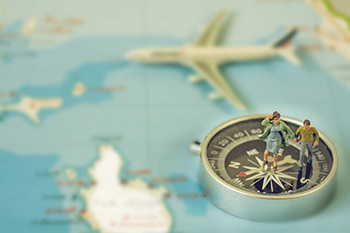 Courts should overlook and review the exercise of authority by governmental agencies and institutions that provide financial support to foreign companies in order to eliminate a situation wherein the domestic industries would be economically affected. However, the domestic markets of a country are not just affected by its imports and exports. The courts should exercise diligence in dealing with cases regarding asset transfers and mergers of companies as domestic companies could face unjust competition from the international markets when substantial transformations take place in the respective foreign industry. The financial stability of a nation would be defeated if adequate legislation, which curbs unsound competition between domestic and foreign companies, has not been enforced. Therefore, the legislative and judiciary of a nation should efficiently function together in order to maintain a competitive equilibrium between its exports and its domestic industries.