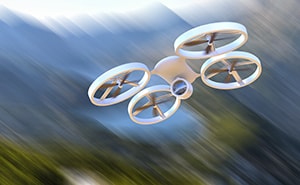 From the printing press to the atomic bomb, humankind reveals an inclination to innovate first and plan later. It is a simple truth that technology develops faster and further than law. Cars and hi-tech smartphones are everyday examples of techniques that have grown beyond the highways and by-ways built to support them.

Innovators and planners are, by nature, opposites. Innovators tend to defy against society to renew it. Planners, on the other hand, try to relate the novel to the normal to provide continuity and growth. A brief examination of the history of the development of technology shows that technical advances sometimes outstrip the development of legal systems. This aspect often forces the basic principles to be re-examined in light of new events. Advances in the field of unmanned aerial vehicles (UAVs), for example, have created a host of noted legal confusions and debates in recent months. 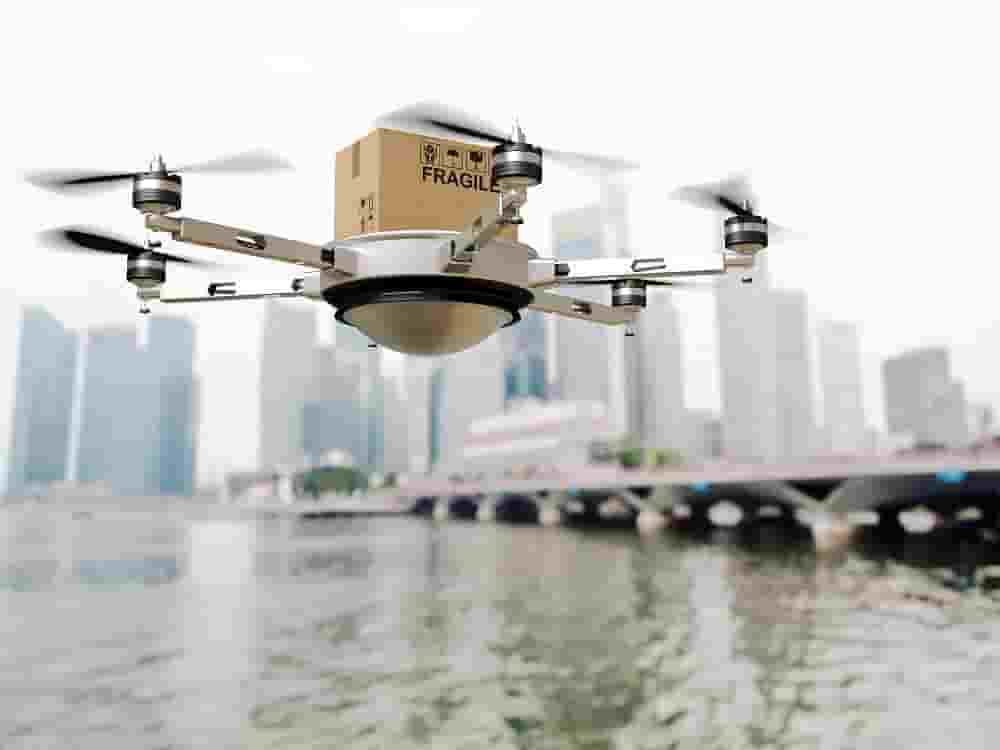 As at the time of writing this article, a Virgin America pilot reported seeing a quadcopter drone ascend above him while approaching to Dallas Love Field Airport. The news story further stated that there had been several high profile examples of commercial pilots coming in to close contact with UAVs in protected airspace. In the absence of planned implementation of rules and regulations, the effects and consequences of such UAVs getting into contact with flights could be seriously catastrophic.

UAV usually get deployed for military and specialized operation applications, but the use of UAVs has also been growing in other areas such as the use of these devices by police and law enforcement officials, firefighting, and other security work to maintain public order and peace. Besides serving military and law enforcement application, drones have been developed and used to help several other purposes such as in rescue operations, mob monitoring, fire detection, border patrolling, illegal hunting and several other such uses.

Recreational and private use drones have gained prominence recently and have widely been used by individuals including aspiring aviation students, corporate retailers, and media agencies to name a few. The Department of Transportation's Federal Aviation Administration (the FAA) has recently proposed a framework of regulations[i] that would allow routine use of specific small unmanned aircraft systems in today's aviation system while maintaining flexibility to accommodate future technological innovations. The regulations are currently in drafting stage and FAA has called for comments from the public on the draft law.

Singapore has recently introduced bill covering drone usage. The new law will allow any use of recreational or private use of drones if: [ii] such drones:

i) do not weigh more than prescribed limit of 7 kg (without its fuel);

iii) complies with the regulations.

The Civil Aviation Department (CAD) of Hong Kong has set out general parameters for safe operations of non-recreational UAVs. The rules proposed by CAD are more or less similar to that of Singapore (except for varying fines and criterions).CAD's guidelines set out other limits including altitude of operations. (For instance, the height of UAVs should not exceed 300 feet above ground level), the time when it is operated (daylight only), one UAV at a time per block of designated airspace and weather criteria (ground visibility of not less than 5 kilometers) amidst a few other measures.

Perhaps the most complex UAV laws in the entire world exist just north of United States borders. Transport Canada is the agency that regulates Canadian airspace, and it sets a clear line between “unmanned aerial vehicles” (commercial use) and “model aircraft” (recreational use). The definition of a model aircraft: less than 77.2 pounds, individually owned (no companies allowed) and not profit-seeking. If an aircraft meets these conditions, it is considered a recreational vehicle, making it subject to lower scrutiny. Aircraft that don’t meet these criteria are officially “unmanned aerial vehicles” and require Special Flight Operations certificates. Attaining these certificates can be quite tedious. For example, a UAV can meet the three model aircraft standards listed above, but if it has also got a small camera, then the UAV automatically becomes an “unmanned aerial vehicle” under the law.

Much of mainland Europe operates under the jurisdiction of the European Aviation Safety Agency (EASA), a European Union group. EASA is simple when it comes to UAVs: you’re going to need certification in any situation, whatsoever. Such accreditation grant is on a case-by-case basis under the EASA’s rules. The EASA also has shown that it does not operate under much precedent in these cases, despite UAV technology growing more and more every day.

In UAE, a law for the use of unmanned aircraft in the country, in cooperation with the Civil Aviation Authority, is in its final stages.The regulation will determine purposes, which include height and places permitted for use. It will also identify recreational, commercial and scientific licenses for the use of unmanned aircraft. The acceptance of UAVs is gaining momentum in the country to harness drone technology to facilitate people's lives, whether in the country or the world. 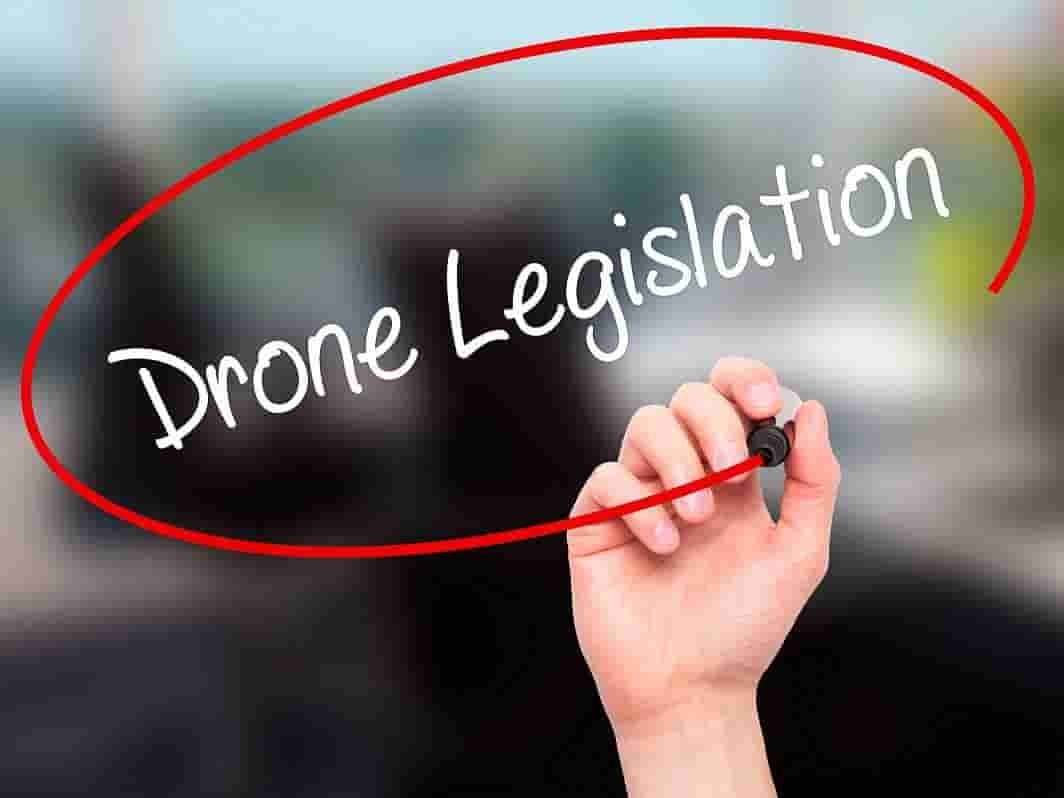 Dubai has introduced more restrictions on the use of drones. The primary objective of this restriction is to enhance airspace safety and security. The law No 7 of 2015 on aviation safety authorizes the Dubai civil aviation authority (DCCA) to specify the airspace for general aviation and the rules governing the use of fireworks, light beams, and drones. The law regulates the activities of the civil aviation industry. It applies best practices to ensure the optimum use of Dubai’s airspace and prohibit all acts that may endanger aircraft, airport or aviation service facilities. The law includes a new allowance for the DCCA to inspect all aviation towers and helipads to ensure their security and it also complies with security standards. The legislation also allows increased inspection and monitoring of workers and activities in the industry. Law No (7) of 2015 concerning airspace safety and security in the emirate of Dubai issued by his Highness Sheikh Mohammed Bin Rashid Al Maktoum stipulates that any person who wishes to practice the civil aviation profession in the emirate of Dubai must first obtain an authorization from the DCCA. Approval will be issued following the requirements and procedures determined by a resolution of the director general of DCAA and will be valid for one year renewable for the same period. A person who practices the civil aviation profession and wants to renew his authorization must submit a renewal application to the DCAA 30 days before expiry of the approval. The law stipulates that no natural person or legal person may breach any legal duty which may compromise airspace safety in the emirate in any manner whatsoever. The regulation also specifies that any affected party may submit a written grievance to the director general of the DCAA against, any decision, procedure or measure is taken against him under the law and the resolutions issued in pursuance within 30 days of being notified of the contested decision, process or action. The grievance will be determined within 30 days from the date of its submission by a committee formed by the director general for this purpose and the decision on the complaint will be final.

The new law on unmanned aircraft signed by the Russian president Vladimir Putin impels the private owners of the unmanned aircraft (weighing over 250gms) to get registered with the Federal Air Transport Agency. This act is expected to come into force by the end of March 2016. Pre-requisites like submission of a written fight plan to the regional body and its strict adherence once agreed upon along with mandatory registration of drones ensure congenial public safety.

The rules on the use of drones in Scandinavian countries like Sweden, Denmark and Norway are classified by its size & their use, i.e., private/commercial. In Sweden, small sized drones weighing 7 kilograms are allowed to be flown, at least 50 meters from the houses and roads requiring the private users to have a permit & liability insurance. Whereas Denmark does not need a permit for private use of small drones, but its use is only allowed in the countryside- 150 meters from houses and roads. Norway does not maintain private use of small drones. All these countries mandate the private use of small drones to be operated within a visual line of sight that is maximum 300 meters. However, it is pertinent to note that conditions for obtaining permissions remain different in every country concerning small drones (below 7 kilograms) for commercial use. A predetermined criterion in Norway is for the permit requestor to submit a written handbook stating the operations, security and the flight procedures. These rules are to ensure proper regulation of drones addressing aspects like security procedures, assessment of Pilots, etc.

This short general roundup only attempts to scratch the surface of the UAV regulation situation as it unfolds across the globe. Every year, as remote-controlled aerial vehicles get more and more popular and their uses grow, they get more and more attention from both the media as well as the regulators. Even though popular media may refer to any UAV as a drone, one must always remember that it can mean anything from a small quadcopter flown as a hobby to an advanced military weapon. Although drones have an extensive application in vivid areas, it also attracts various risks to person and property. Understanding the local legislation is a key to understanding the efficient and legally permissible use of drones.

Technology and safety improvements are likely to have a significant effect on how stringent the regulations need to be, as the drone owners may not live up to the pre-requisites set by rules, thus under-writing and drafting of rules for this area continues to remain a challenge.

iv Canadian Aviation Regulations (CARs) made under the Aeronautics Act.