US Sanctions - An Overview

STA has been one of the few Middle East law firms that have been advising clients on compliance with OFAC regime, the direct and indirect applicability of various OFAC sanctions besides other bodies such as United Nations, to name a few. In this article, we provide further insight on clarifications issued by OFAC on 8 June 2016 (Guidance) about the Islamic Republic of Iran. Ms. Zisha Rizvi will discuss the ambit and obliteration of sanctions against Iran.

A few decades ago, the 'quote' money is power had immense value. However, today, one could opine that influence is power. Dominant countries have the capability to affect the global economic market and the domestic markets of foreign countries. The ability of a country to conduct its commercial affairs gets drastically hindered when it is isolated from the global markets.
Following the Joint Comprehensive Plan of Action (the JCPOA) and the implementation day, secondary sanctions against Iran were uplifted by the Office of Foreign Assets Control (the OFAC) to some extent. While the UN sanctions followed a less exhaustive upliftment schedule, OFAC primary sanctions continue to be in place until further notification from OFAC. Iran agreed to eliminate its stockpile of medium-enriched uranium and reduce the research on nuclear-related programs. Further, Iran also provided International Atomic Energy Agency with regular access to all Iranian nuclear facilities to reassure the global community of their intentions to develop world peace by reducing their nuclear enhancement programs.
For one to understand the list of revoked sanctions and further to list out which sanctions remain in force, guidance has been forthcoming by OFAC. While the sanctions regime has eased with various provisioning, more than 200 names remain on the SDN List. The Guidance further clarifies that the Executive Orders passed per the national emergency declared on Iran continue to remain in force.
Following the Implementation Day
Implementation Day which fell on 26 January 2016 led to following changes to the OFAC administered sanctions on Iran:
i. The Unites States lifted the nuclear-related ‘secondary sanctions’ described in sections 4.1-4.7 of Annex II and 17.1-17.2 of Annex V of the JCPOA. Secondary sanctions directed toward non-U.S. persons for specified conduct involving Iran that occurs entirely outside of U.S. jurisdiction. These secondary sanctions include the following: 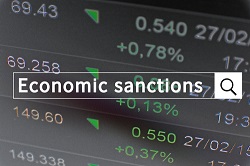 a. Financial and banking-related sanctions;
b. Sanctions on the provision of underwriting services, insurance, or reinsurance in connection with activities that are consistent with the JCPOA;
c. Sanctions on Iran’s energy and petrochemical sectors;
d. Sanctions on transactions with Iran’s shipping and shipbuilding sectors and port operators;
e. Sanctions on Iran’s trade in gold and other precious metals;
f. Sanctions on trade with Iran in graphite, raw or semi-finished metals such as aluminum and steel, coal, and software for integrating industrial processes, in connection with activities that are consistent with the JCPOA;
g. Sanctions on the sale, supply, or transfer of goods and services used in connection with Iran’s automotive sector; and
h. Sanctions on associated services for each of the categories above.
ii. Over 400 individuals and entities from OFAC’s List of Specially Designated Nationals and Blocked Persons (SDN List), the Foreign Sanctions Evaders List (FSE List), and the Non-SDN Iran Sanctions Act List (NS-ISA List) were removed as appropriate, pursuant the JCPOA.
iii. This also led to the United States terminating the Executive Orders 13574, 13590, 13622, and 13645, and sections 5-7 and 15 of Executive Order 13628.
iv. The specific licensing of three categories of activity that would otherwise be prohibited under the ITSR was permitted, provided that the transactions do not involve individuals and entities on the SDN List and are otherwise consistent with the JCPOA and applicable U.S. law.
Sanctions that Remain in Place
I. Primary U.S. Sanctions.
The U.S. domestic trade embargo on Iran remains in place. Even after Implementation Day, with limited exceptions, U.S. persons including U.S. companies – continue to be broadly prohibited from engaging in transactions or dealings with Iran or its government.
An important clarification provided by the circular of June 8, 2016, is the definition of the US Persons. US persons are not defined consistently with the 31 CFR and for the purpose of OFAC guidance, US persons shall mean ‘any United States citizen, permanent resident alien, entity organized under the laws of the United States or any jurisdiction within the United States (including foreign branches), or any person in the United States’ .
The Government of Iran and Iranian financial institutions remain persons whose property and interests in property are blocked under Executive Order 13599 and section 560.211 of the ITSR, and U.S. persons continue to be broadly prohibited from engaging in transactions or dealings with the Government of Iran and Iranian financial institutions.
II. Secondary Sanctions
After Implementation Day, secondary sanctions continue to attach to significant restrictions for transactions with (1) Iranian persons that are on the SDN List; (2) the Islamic Revolutionary Guard Corps (IRGC) and its designated agents or affiliates; and (3) any other person on the SDN List designated under Executive Order 13224 or Executive Order 13382 in connection with Iran’s proliferation of weapons of mass destruction (WMD), their means of delivery or Iran’s support for international terrorism.
Additionally, sanctions targeting certain activities related to trade in materials described in section 1245(d) of the Iran Freedom and Counter-Proliferation Act of 2012 (IFCA) that are outside the scope of the JCPOA and related waivers remain in place.
Continuing obligations on US Persons and conduct of Non-US Persons