Pledging of Shares under UAE Law 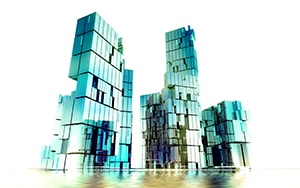 Diageo, a company more commonly associated with alcoholic beverages Smirnoff, Guinness and Johnnie Walker in the United Kingdom- held almost 27.8 percent stakes in a company called United Spirits Limited, one of the leading spirits company in the Indian market by volume.  A series of share pledges by United Spirits Limited in favor of banks for raising capital later resulted in the stake of Diageo being raised to be more than 57 percent.

A fierce and debatable subject which can be an interesting case study on the subject of share pledge is the story behind United Spirits. United Holdings pledged shares of the company United Spirits to raise funds for a distressed business. As it now holds, the bank decided to recall the loans given to Kingfisher Airlines by selling part of the collateral - the shares in United Spirits.
In a more structurally advanced legal system, share pledges have evolved as a means of fundraising for businesses. In the United Kingdom, for instance, a ‘floating charge’ can be created over the assets or shares of a company. Such a form of security is created in assets which are not constant. The security interest, therefore, floats over funds. Commercial companies or limited liability partnerships agree for events that trigger crystallization of ‘floating charge’. Once the floating charge has crystallized due to the occurrence of the event of default, the owner can exercise his rights over the assets.
Countries like the United Arab Emirates are one of the most sophisticated economies in terms of the transactions they witness between the fine print.
Legally speaking, the region has evolved from the stages of infancy to that of toddlerhood. As such, it would be interesting to understand whether the United Arab Emirates, in fact, recognizes the concept of share pledges as collateral security for fundraising or not.
Within the UAE, there are at least six different types of mortgages or securities depending on the nature of collateral, pledge to be one of the kinds. Before discussing the effectiveness of pledges, let us understand what kind of assets qualify as security and could create on what is known as ‘charge’.
UAE Civil Code defines immovable property as something which has a permanently fixed nature and may not be removed without damaging or altering its structure. Movable property is, therefore, anything but immovable property. In terms of movable property, a further sub-classification exists, i.e., tangible and intangible. Goods, cash, machines and related are tangible. Intellectual property, the capacity to contract, debts, licenses, and shares are intangible.1
Let us now take into consideration the concept of share pledge. Shares are part of a commercial business and covered under Article 39 of the Commercial Transactions Law. The general rules relating to a ‘movable’ property by definition are not necessarily applicable to ‘commercial businesses’ although it is classified as movable. Pledge by definition means the actual parting away of or delivering of possession from the pledgor (mortgagor) to the pledge (mortgagee). However, a pledge within commercial businesses does not follow this rule. In commercial businesses, the mortgagor may continue to enjoy possession of the commercial business.
Article 49 of the Commercial Transaction Law states that pledges in commercial businesses can only be created in favor of banks and not other lenders. In order for a pledge to be valid or effective against third parties, it must be recorded in writing at a registry along with particulars of the pledge to be well specified in such recording documents- the deed of the pledge.

Based on the definition of the pledge, lenders have been careful in creating share pledges in the UAE especially given the fact the most common form of company- an LLC does not involve the issuance of nominal or bearer forms of shares. A nominal share is one where the name of the registered shareholder appears on the share certificate, while bearer form of shares do not have a name appearing on the share certificate. Therefore the transfer of rights or shares for nominal shares is effected by a share transfer deed. In case of the bearer form of shares, such transfer can be effected by physically handing over the share certificate custody to the pledgor.
With the amendment to the Commercial Companies Law, the complexities surrounding the aforesaid have been resolved to great extent. Article 79 of the amended law provides that:
‘a partner may transfer or pledge its shares in the company to another party or third party. Such transfer shall be made in accordance with the terms of the MOA of the company under an official document in accordance with the provisions of this law. Such transfer or pledge shall not be valid against the company or third parties until the date of its entry in the commercial register with the competent authority’
In light of above, it is inferred that as long as the pledge can be registered on a commercial register- maintained by the regulating authority of a free zone, the economics department or the stock exchange regulators- the pledge will be considered valid and enforceable. 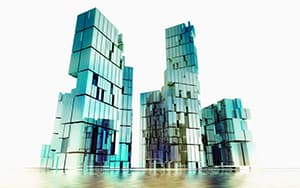