Should I not hear, as I lie down in the dust, The horns of glory blowing above my burial?

Vuvuzelas, firealarms and whistleblowing-sounds that can result in bleeding ears. The legal maxim Quis custodiet ipsos custodes or who will police the police is why whistleblowing, as annoying as it may be is an essential element to counteract corporate corruption. It is an alarming fact that corporate wrongdoing has become a routine occurrence. It makes one question if corporations have lost track of their ethical compass or are it that we are paying more attention to their activities?

There has been a significant increase in the number of international legislation to combat corruption in organizations. As a result of this, a number of employers have adopted these legislations in the form of employee codes of conduct, whistleblowing policies, anti-fraud and misconduct policies.

The accounting scandals of Enron and Worldcom dominated news headlines for months and it seemed that the concept of business ethics would become archaic, two whistleblowers emerged as symbols of integrity to the American public. Indeed, Sherron Watkins and Cynthia Cooper were among "The Whistleblowers" named as Time magazine's "Persons of the Year" in the year 2002. At a significant risk to their careers, financial stability, and mental well being, the two alerted high-level executives at their respective companies to accounting fraud. Unfortunately, most whistleblowers take all these risks when they report illegal activities occurring within their organizations. The magnitude of these frauds is startling and, unfortunately, appears to be indicative of a widespread problem.

In the United States, the Sarbanes Oxley Act of 2002 provides financial rewards to the whistle-blowers who bring these wrongdoings/misconducts of fellow employees or about the organization to the forefront.  In order to enhance anti-bribery and corruption law practice and to avoid such bad practices, many countries in the world have promoted such things as important part of employer and employee relationship encouraging them to sign these policies at the time of joining the organization. Many jurisdictions have provided protection for employees who highlight wrongdoing in the workplace. Also, employees who are involved in wrongdoing at the workplace can be sent behind bars or risk seeing their careers annihilate in front of them. Similarly, in the United Kingdom, the Employment Rights Act 1996 provides protection to the employees who disclose wrongdoings and mismanagement, which is considered a part of public interest. It is also possible that an employee can seek benefits if he blows the whistle being a part of the offshore company irrespective of its presence in the US or UK. 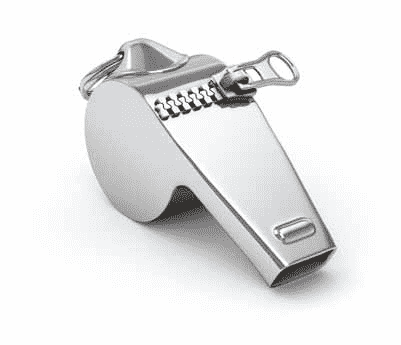 In the UAE, there are no regulations in relation to employees’ protection for any whistleblowing actions if taken by them. However, many companies have started enacting and adopting such policies to address accountability and candor in the workplace. The UAE’s sole anti-corruption authority, the state audit institution provides a mechanism on its website through which wrongdoing within state-owned entities and central government departments can be reported. Complaints can be made anonymously, which may encourage reporting without fear of retaliation. There are no blanket protection mechanisms for employees in the private sector in UAE.  To this effect, the Dubai Financial Service Authority (DFSA) which is an independent authority has taken certain initiatives to address such corporate misdemeanors and to disclose information to DFSA authority about the issues involving market misconduct, financial crime or money laundering.

In June 2013, UAE legislators put forward a bill to create a new anti-corruption authority named “The Federal Authority for Combating Corruption” (the FACC). This new legislation under discussion shall derive its structure from the United Nations Convention against Corruption and the definition of corruption includes money laundering; embezzlement; bribery; breach of trust; abuse of public functions or authorities; damage to public property; or the concealment of the proceeds of any of these crimes. The legislation would empower the FACC to issue regulations to protect whistleblowers from being prosecuted criminally, civilly or administratively. This protection will extend to whistleblowers who report information in relation to corruption in good faith. Whistleblowers will be presumed to act in good faith & public interest and enough evidence exists to justify their initiative.

It can be understood that the position in relation to whistle-blowing legislation is still its infancy. A number of countries across the globe are attempting to combat the effect of corporate scams with the help of key personnel within organizations. There is now considerable international pressure for countries to adopt standard laws and practices on whistle-blowing, but if these laws are adopted in a vacuum, it is unlikely that they will succeed. It is imperative that laws and policies are enacted and it is understood that perpetrators and fraudsters do their best to hide their dirty deeds from the public. This makes it close to impossible to process its effect on the common man as fraud and corruption cannot be measured.