Overview: Insurance and Reinsurance in Lebanon

Insurance and Reinsurance in Lebanon 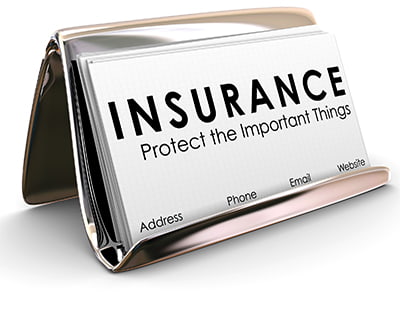 Within the Lebanese Ministry of Economy and Trade, the Insurance Control Commission (ICC) is the governing body and supervisory authority and enables the reinforcement of the insurance industry by:

The following updates are worth considering, given the lack of substantive reforms in the insurance industry:

The proposed legislation has been introduced by the Lebanese Ministry of Economy and Trade to support insurance firms merge by furnishing them with financial benefits. These mergers are supposed to boost the resources of insurance firms, which will usually further enhance the productivity and economic development of the insurance industry. In the same way, the Association of Insurance Firms in Lebanon (ACAL) reports that three separate pools will be created by integrating the capabilities of all the registered insurance companies:

In June 2017, the ICC and the Capital Market Authority (CMA), two separate supervisory bodies, signed the first Memorandum of Understanding (MoU) to institutionalize the supervisory function on financial instruments used in insurance policies. This collaboration has a transformative impact on the insurance industry through three primary objectives:

In January 2018, BDL ordered banks and financial institutions to refrain from investing in insurance or market operations and to advertise insurance contracts, provided that insurance provider is exclusively limited by statute to properly approved insurance providers, corporations and brokers. In addition, the Money and Credit Code, which refers to banks, forbids banks from participating in practices other than banking.

Difference between Contract of Insurance and Reinsurance of Contract

An insurance contract is a contract in which the insurer, in exchange for the payment of a premium, is responsible for such duties on the occasion of an emergency on the insured or his property (Article 950, Lebanese Code of Obligations and Contracts).

The insurer can re-insure against the threats that they have undertaken to insure (Article 954, the Lebanese Code of Obligations and Contracts). Reinsurance can refer only to a single contract, to a series of contracts or to all contracts entered into by the insurer. The insurer must, moreover, be the primary party liable to the insured. 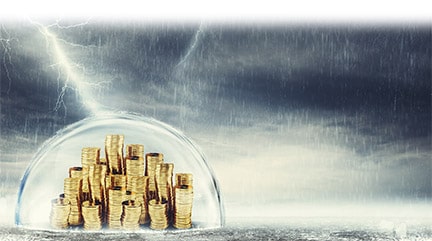 Insurance is governed by the laws regulating the organization of insurance companies operating in Lebanon (Insurance Law) issued pursuant to Decree Number 9812 of 4 May 1968. All Lebanese and international businesses, organizations or organizations are covered by the provisions of the Insurance Act whether they are engaged in, or are able to participate in, any or all of the operations carried out under the following sections or sub-branches (Article 1, Insurance Act):

In addition, insurance activities in Lebanon are subject to the following provisions:

The ICC within the Ministry of Economy and Trade of Lebanon is a legislative agency that controls and governs the insurance industry. Its goal is to protect the interests of policyholders and to facilitate the preservation of an effective, healthy and stable insurance market.

Lebanon's insurance providers are required to have a guarantee in terms of their branch commitments as follows:

International companies regulated by the laws of the Insurance Act must, therefore, comply with the fees alluded to above in order to carry out the activities set out in the branches.

Insurance firms operating in branches are expected to comply with the accounting rules defined by the Minister of Economy and Trade on the recommendation of the National Insurance Board and to hold separate individual accounts for each of the branches in which they function. Insurance providers are also encouraged to manage such demands for information, as provided for in the accounting regulations. They are required to send such requests to the Ministry of Economy and Trade and to circulate and publish them, specifically their balance sheet for Lebanese firms and the balance sheet for activities conducted in Lebanon for international insurance companies.

Insurance firms must make clear on all manuals, policies, reports, advertising, books, leaflets or written materials that they produce and that they sell to the public or publish in newspapers as follows:

Penalties for Non-Compliance with Legal and Regulatory Requirements

The license issued for one or more subsidiaries could be revoked if:

The license may be revoked unless, within 15 days of the date of the notice, the organization involved is encouraged to send written comments. Within 30 days of its publication in the Official Gazette, the corporation may object to the withdrawal decision before the State Council.

The Insurance Act allows for various punishments, including probation and/or fines for infringements. For repeated infringements, the size of the fine would be doubled.

Insurance contracts signed or executed in violation of the rules of the statute shall be deemed null and void. This does not, however, exclude the offending business from its duties against the insured.

Insurance plans used in Lebanon must be written up in Arabic.

Insurance plans can be written up in a foreign language, provided that the Arabic translation is presented at the same time, or the insurance policy may be deemed null and invalid. The Arabic text would prevail in the case of some difference between the Arabic and the foreign texts.

In addition, the Minister of Economy and Trade can exclude those forms of insurance policy from being drawn up in Arabic, if appropriate, after consulting the National Insurance Board.

The Minister of Economy and Trade may, after reviewing the National Insurance Board, decide the minimum amounts of premiums to be paid for some forms of insurance policies and/or the overall ratios and percentages for expenditures and insurance premium annexes.

The insurance scheme must be dated on the day of its implementation and must specify the following (among other things) (Article 964 of the Lebanese Code of Duties and Contracts):

The right to pursue any and all claims arising out of or in association with an insurance policy must be pursued within two years of the event of the occurrence (Article 985, Lebanese Code of Obligations and Contracts).

The two-year limitation period shall not commence at the time of the incidence of the event under the following circumstances:

The insurer would have a privileged bond to receive due to premiums on the insured issue (Article 976, Lebanese Code Obligations and Contracts).

Insolvency of Insurance and Reinsurance Providers

The license given to an insurance company for one or more subsidiaries can be withdrawn:

The license cannot be revoked until the company involved has been informed by recorded letter with acknowledgement or by a notary public and has been invited to make its comments within 15 days of notification.

Any application to revoke a license within 30 days of the date of publication of the revocation decision in the Official Gazette can be questioned by the company before the State Council.

Any insurance firm that has incurred losses must replenish its capital within a limited span of three months from the end of the financial year in which the losses happened. Exceptionally, this time period can be expanded by a ministerial resolution issued by the Minister for Economic Affairs and Trade for no longer than three months, given that the organization may offer adequate assurances to show its capacity to restore its resources within a fixed timeline.

In addition, a license issued to a corporation to run one or more insurance subsidiaries can be revoked by a decision of the Minister of Economy and Trade, after consultation with the National Insurance Board, on the grounds of reports by the Supervisory Board. This is the case if the company incurs losses equal to half of its capital (for Lebanese companies) or half of the guarantee (for international companies) without being able to minimize its losses in the first six months of the next fiscal year.

Obligations provided by insurance providers to the insured under the Insurance Act are guaranteed by a general, privileged bond containing all movable and tangible properties of Lebanese insurance companies and all movable and tangible assets of international companies in Lebanon. This general responsibility applies to treasury claims and judicial taxes and also to commitments towards recipients of life insurance activities or liability for death or bodily harm, which have precedence over all other responsibilities.

Successive amendments to the present Insurance Law are finite, and there has been no significant change since 2008. The Lebanese MOET (Ministry of Economy and Trade) has given out a statement that the Ministry has drawn up a bill to promote mergers between insurance firms by offering benefits, such as subsidized loans. Such restructuring would allow insurance firms to raise capital so that they can sell their customers higher priced products.

In addition, it should be remembered that a new bill for the structure of the insurance industry was presented in 2004 and was eventually ratified by the Council of Ministers.

Health Insurance in Oman The sharp sell-off in global oil prices that began in mid-2014 triggered an economic slowdown across the Gulf Cooperation Council (GCC) states, with enormous consequences for…

Payment Protection Insurance Introduction Falling behind on mortgage, loan, or credit card payments can have serious repercussions such as penalty charges, damage to one’s credit score, and even loss of…