An Overview of Insurance Web Aggregators

“When action grows unprofitable, gather information”
-Ursula K. Le Guin, The Left Hand of Darkness
From driverless cars to high-tech drones, mankind reveals an inclination to innovate first and plan later. The internet, for instance, has developed so fast making one wonder whether laws could ever keep pace with the speed with which the internet, online businesses, and new ideas formulate. Technology today clearly has grown beyond the highways built to support them. One such challenge, for example, is with the newly found distribution system of insurance-the web aggregators. The words fair share today has a completely different meaning than what it was prior to the existence of web aggregators. 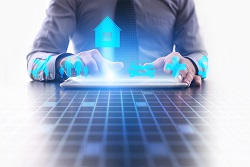 India’s policybazaar.com, a web-based insurance aggregator, generated a revenue of $1 million in the year of 2015, whereas it only made half that amount in the year 2014. One of the most popular websites for financial services known as Moneysupermarket.com made over £200 million in 2014. This is an incredible amount of revenue for web aggregators who don’t actually sell a physical, tangible product as evidenced by Policybazaar’s motto, “We don’t SELL, we TELL”. The web aggregator is a business in itself, facilitating the development of other businesses. The question remains, what do business aggregators do to generate revenue? They pull together information by assimilating and assembling data from various sources and providing a centralized repository or interface for users to access the information in one place. At some point, every person can attest to having used one, considering the multitude of applications available to compare prices, access social network interfaces, and financial products. One might think that web aggregators are similar to brokers, but they aren’t. Brokers require a broker license from the relevant insurance authority which allows them to sell policies through their platform. Web aggregators, however, only provide information.
The instances of the aggregators are varied in many countries for various industries. One such instance in the restaurant industry is OpenTable. Insurance has now become a necessity. It is not only important to be able to live a carefree life, but is also considered a major investment prospect by people unwilling to enter ostensibly complicated security/equity financial markets.
The traditional way to acquire policy information is through agents. They usually charge a higher commission to provide information, which cannot be vouched for as accurate and is often deceptive due to non-disclosure of various provisos. However, due to a growing need for policy information, the aggregators have tapped the opportunity to provide users with an information platform.
In view of the above, we will discuss the legal aspects governing the commercials of insurance web aggregators (the WA) in India and UAE.

In India, the Insurance Regulatory and Development Authority (the IRDA) is the regulatory body governing the licensing and other activities of the insurance WA. The regulation governing this industry is Insurance Regulatory and Development Authority (Web Aggregators) Regulations, 2013 (the Regulation, 2013). The key points to be considered are as follows:
WA is defined under the Regulation, 2013 as “a Company registered under Companies Act, 1956 (1 of 1956), approved by the Authority under this regulation, which maintains /owns a website and provides information pertaining to insurance products and price/features comparisons of products of different Insurers and offers leads to an Insurer.”Further, the application procedure is provided under the Regulation, 2013 wherein the WA must fulfill the eligibility criteria.
Eligibility Criteria - To obtain a license as a WA, pursuant to Schedule 1, Form-A, the applicant must satisfy the eligibility criteria under clause 3 of Regulation, 2013. The eligibility criteria for the license of WA provided under clause 5 of the Regulation, 2013 inter alia, requires the following:
The applicant must be company formed and registered under the Companies Act 1956 and comply with Foreign Direct Investment norms in force from time to time as applicable for insurance sector at the time of submission of application and continue to comply during the period in which the license (if granted) to act as a WA is in force.
MOA main object: The Memorandum of Association of the company states web aggregation as one of its main objects.
Principal Officer Qualification: The Principal Officer shall possess the qualification as specified in Schedule V of the Regulation, 2013.
Employee training: The employee of the WA should have completed the 50 (fifty) hours of theoretical and practical training on insurance from an institution recognized by the IRDA from time to time and passed an examination, at the end of the period of training, conducted by the National Insurance Academy, Pune or any other examining body recognized by IRDA.
Personal Indemnity Insurance: WA must maintain a professional indemnity insurance coverage on a yearly basis throughout the validity of the license period.
IRDA even specifies the manner in which a WA should speak when discussing products on offer. WA's are required to provide the following:-

The Position in the United Arab Emirates (UAE) 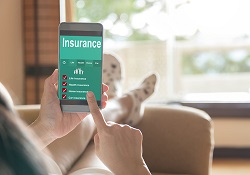 Within the United Arab Emirates, insurance is largely governed WA. The nature of WA’s business activity may seem more of an online e-commerce portal and such activity could be classified as e-commerce B to B or B to C model. Sweeping changes recently introduced by the Department of Health and those introduced by the Insurance Authority (the IA) may call for a careful legal review and opinion. For argument's sake, even if such activity were approved as online B to C marketplace by a free zone the stand of the Department of Health and the IA would need to be understood.
It is the author’s position and views that such activity would be regulated as that of an insurance broker unless the WA signs a contract with an existing broker and such contract is approved and accepted by the relevant insuring body. Clearly, the compounding situation triggered by constantly changing regulations puts WA’s at risk. It is equally vital that the authorities dealing with insurance after a careful study pave way for WA’s and related determinants. If the streets of Dubai could soon have driverless cars WA’s may only be a step closer.
Domain Names
The domain name of the website must be registered in line with the Telecommunications Regulatory Authority’s (the TRA) Domain Name Eligibility Policy - AEDA-POL-007 (the Eligibility Rules). Since cyber squatting is becoming a common issue, similar to trademark an infringement matter, the domain name needs to be registered at the earliest. It is also registered on first filing or registration basis. In view of the growing domain name disputes, the Internet Corporation for Assigned Names and Numbers (the ICANN) adopted the Uniform Domain Name Dispute Resolution Policy (the UDRP). The UDRP went into effect on December 1, 1999, for all ICANN-accredited registrars of Internet domain names.
In UAE, there has been a rise in .ae domain name registration. TRA also established .ae Domain Administration (AEDA). The AEDA regulates, lays down and enforces policies with regard to the operation of .ae and further deals with disputes on domain names. Any deliberate or otherwise registration of a well-known domain name comes under the scrutiny of AEDA.  The AEDA dispute resolution policy (the Rules) by TRA mirrors the provisions of UDRP and provides instances of using a domain name with bad faith or of evidence of registration with bad faith. The Eligibility Rules lays down the eligibility for using domain name with suffix classified as ‘.ae’ – restricted zone, .ae – unrestricted zone, and restricted zone for ‘co.ae’, ‘net.ae’, ‘org.ae’, ‘sch.ae’, ‘ac.ae’, ‘gov.ae’ and ‘mil.ae’.  The complaint can be raised against infringer under the Rules if your domain name has been registered or is being used in bad faith.
Conclusion
The UAE has 61 national and foreign insurance players in the market at present which is a large number for a ‘small in size’ market like the UAE. Indian Regulation, 2013, being as restrictive as it is, has kept casual aggregators at bay and only companies with excellent competitive perseverance have been able to hold their ground. Only 10 companies being the registered WA license holder. The WA are growing despite any restrictions imposed. Not only is the entire industry benefitting from the service of WA, but tech savvy internet users are the web aggregators’ actual insurance against any confines imposed by means of regulations.

i Make application to the IRDA accompanied with a non-refundable fee of Rs. 10,000 (Indian rupees ten thousand) paid by way of a bank draft drawn in favor of ‘Insurance Regulatory and Development Authority’ payable at Hyderabad. The WA must also pay Rs. 5000 as an annual license fee. The validity period of license is 3 years.
1. Applicants seeking permission for Outsourcing and Telemarketing functions/facility shall mention the same specifically in the application Form.
2. If the applicant is eligible, the IRDA shall grant License to the applicant to function as a WA as shown in Schedule II Form B of this regulations.
3. One opportunity to complete the application within 30 days shall be granted by IRDA. If the application still remains incomplete it will be rejected by the IRDA.
ii  Pre-emptive registration of trademarks by third parties as domain names or acquiring a domain name similar to the domain name belonging to other parties.