"Science soars like an eagle however law drags on like a turtle" implied by Carl Cristo in 1964. This quote is the current situation to protection laws of intellectual property. 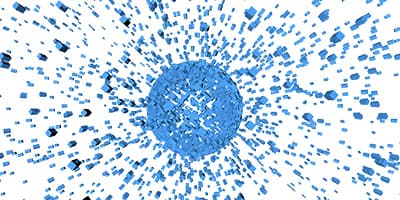 Space technology is the most advanced technical area in the world. Outer space activities were, in fact, the start of all intellectual creations. Recently there has been an increase in intellectual property issues regarding extraterrestrial activities. The reason for the rapid growth is that most space activities are changing to private or commercially owned expeditions rather than being state-owned. The space activities are typically operated under international cooperation schemes, thus requiring a reliable and inflexible legal framework. The most pressing issue on inventions made or used in outer space in which national patent law would be applicable.

The patent protection law is subject to the specific national legal framework. Space law allows full rights and control over the object in whichever jurisdiction the space inventions is registered. Because uncertainty exists on how the domestic law of the jurisdiction would apply as there is no explicit rules and regulations an agreement, the agreement states that space invention made or used would be treated as "quasi-territory" in light of it being an Intellectual property. This article recognizes the area of patent law in outer space could prove problematic, thus exploring possible solutions for these issues.

History of Legal Regulations of Activities in Outer Space

The age of outer Space began on 4 October 1957 when the world's first artificial satellite, SPUTNIK-1 launched by the Union of Soviet Socialist Republics (USSR).

The five legal principles and declarations with regards to outer space are as follows:

The Challenges for Patents in Outer Space 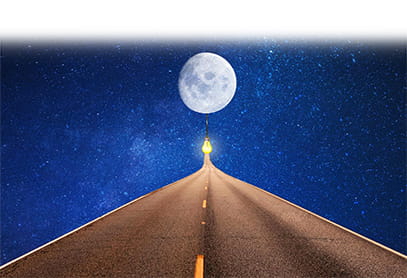 One other issue related to Article 5 of Paris Convention The Paris Convention on Protection of Industrial Property, provides certain limitations of rights (exclusive) conferred by a patent in the interest of the public in order to guarantee freedom of transport.  This convention was adopted in 1883 which applies to industrial property in its widest sense, including trademarks, utility modes, patents, geographical indications, trade names as well as repression of unfair competition. Now, the question which remains is whether the doctrine of temporary presence (freedom of transport) applies to space objects? For example, considering the transport of patented articles from or to a certain space station through, say a launching site in a foreign country.

The United States, Japan, Canada, Russia and the Member States of European Space Agency, are working together to establish the legal framework in order to define the rights and obligations of each of state, as well as their jurisdiction and control over their International Space Station Intergovernmental Agreement, 29 January 1998.

Clarifying patent law in space would allow for invention and exploration to increase by protecting the rights of inventors and creating incentives to continue their work. With the significant financial investment required to break into the market, inventors need to know their legal rights in space. In particular, establishing space patent jurisdiction, liability, and duty to enforce would provide certainty and encourage exploration. Setting patent law in space would prevent space companies from gaining an advantage based on their country of registration.

The journal of Patent and Trademark Office Society 98 explore the option of creating a ‘Space Patent’ regime that would be administered by the United Nations Committee on the Peaceful uses of Outer Space; working alongside the Scientific, Technical and Legal subcommittee. The new committee for Space Patent will handle registration after receiving and assessing the patent. The committee will be able to handle any disputes arising from the patent with the support of the legal subcommittee; as an arbitration centre. This will require the need for the Space Treaty to be modified. Although there is still some criticism surrounding the “Space Patent” regime. Not being politically feasible is the main criticism on the suggested scheme, as every country might claim that their legislation should be included in the legal framework.

Furthermore, a uniform system simplifies and clarifies the patenting process by requiring inventors to file only one patent application, instead of a separate application for each country in which they want to enforce their rights. A significant obstacle to the creation of a space patent jurisdiction, however, is the traditional unwillingness of states to part with their sovereignty to give power to an international governing organization.

The current status of international space law lacks patent protection in space.  Financial input from the private sector into Outer Space inventions will be beneficial for the future development of space activities. The idea of Outer Space is attracting more capital from private companies; therefore, intellectual property protection will become vital in inventions made or used in Outer Space.

Note: This article was amended on 29 February 2020

Political Boundaries in Cyberspace As Information and Communication Technologies (ICTs) continue to suffuse through every aspect of human life in the twenty-first century, they have skewed the perceptions of citizens,…