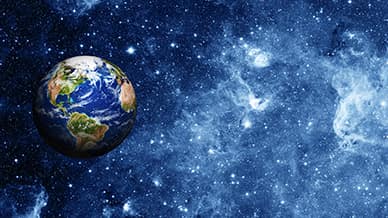 Space law, a form of international law, took flight following the 1967 ratification of the Treaty on Principles Governing the Activities of States in the Exploration and Use of Outer Space, Including the Moon and Other Celestial Bodies. Innovative in many regards, space law attempts to place regulations upon bodies which have not yet been nationally appropriated. Unlike laws governing the terrestrial or aquatic landscape of Earth, space law is restricted to ensure only peaceful activities transpire. Space law has challenged the expeditious nature of technological developments, securing a legal platform which supports and encourages the evolution of both scientific and economic activities alike. Since 1967, tremendous leaps have been made on the international scale to secure multi-party agreements which enable the optimization of exploration and utilization of outer space. This surge of interest triggered international organizations such as the United Nations to create the UN Committee on the Peaceful Uses of Outer Space and enact treaties which dually maintain international peace while encouraging the development of international space law. This article examines a variety of international and national space laws with enactment dates spanning from 1967 to 2018, including the recent efforts announced by the UAE Space Agency.

There are currently five United Nations treaties on outer space. Of these treaties, the UAE is a signatory of the Outer Space Treaty 1967, Liability Convention 1972, and the Registration Convention 1975.

Entered into force on 10 October 1967, the Treaty on Principles Governing the Activities of States in the Exploration and Use of Outer Space, including the Moon and Other Celestial Bodies has 107 parties, and provides the guiding framework on international space law. The Treaty details that

Entered into force in 1972, The Liability Convention served as an extension of and elaboration on Article 7 of the Outer Space Treaty. Under the Convention, any launching State is “absolutely liable to pay compensation for damage caused by its space object on the surface of the earth or the aircraft in flight” (Article 2). Similarly, as per Article 3, if damage occurs to a space object of a launching State that is not on earth’s surface, a State will “…be liable only if the damage is due to its fault or the fault of persons for whom it is responsible.” The Convention also includes the settlement procedure for damage claims.

Entered into force in 1976, the Registration Convention serves as a mechanism to assist States in classifying and identifying space objects. The Convention acknowledged the importance of maintaining a register that permitted open access to State and international organization provided information. Under Article 4 of the Convention, States are to register the following information regarding a space object to the Secretary-General of the United Nations: 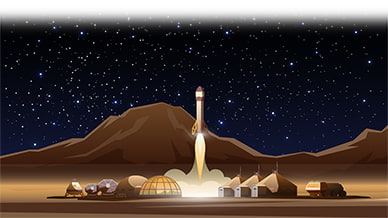 The Agreement Governing the Activities of States on the Moon and Other Celestial Bodies was enacted in 1984. Similar to the Liability Convention of 1972, the Moon Agreement elaborates upon several articles found within the Outer Space Treaty. The Agreement establishes the Moon’s resources as a common heritage of humankind. Therefore, it is essential to oversee and safeguard against the exploitation of the resources found on the Moon and within celestial bodies. Article 3 of the Moon Agreement emphasizes the exclusivity of the Moon’s uses by States. The Article provides that “any threat or use of force or any other hostile act or threat of hostile act on the moon is prohibited. It is likewise prohibited to use the moon to commit any such act or to engage in any such threat concerning the earth, the moon, spacecraft, the personnel of spacecraft or man-made space objects.” Article 7 provides insight into the criticality of preventing activities which degrade or contaminate the Moon’s environment. According to the Article, “State Parties shall take measures to prevent the disruption of the existing balance of its environment, whether by introducing adverse changes in that environment, by its harmful contamination through the introduction of extra-environmental matter or otherwise.”

The objective of the Intergovernmental Agreement is to found “a long-term international cooperative framework among the Partners, on the basis of genuine partnership, for the detailed design, development, operation, and utilization of the permanently inhabited civil international Space Station for peaceful purposes, in accordance with international law” (Article 1). The following provisions are examples of Partner duties under the Agreement:

Established in 1958, NASA is an independent agency of the United States Federal Government. The administration is tasked with the U.S.’ civilian space program and aerospace research and development. Thus far, NASA has been responsible for the launch of 166 manned space missions. The most famous and publicized of their missions was the 1969 Apollo Mission, during which, Neil Armstrong became the first man to stand on the Moon. Numerous NASA directives have been passed, the most recent being Space Policy Directive 1. The Directive, approved by President Donald J. Trump, aims to provide for a U.S. guided mission permitting humans to return to the Moon, then Mars, and beyond. As per Section 1 of the Directive, the U.S. space policy intends to “lead an innovative an sustainable program of exploration with commercial and international partners to enable human expansion across the solar system and to bring back to Earth new knowledge and opportunities.” The United States has currently ratified 4 out of the 5 international treaties aforementioned and has formed a variety of active international agreements with countries such as Australia, Canada, Saudi Arabia, and the United Kingdom.

In 2008, NASA and the Indian Space Research Organization (ISRO) enacted the Framework Agreement for Cooperation in the Exploration and Use of Outer Space for Peaceful Purposes. The Framework Agreement aimed to form a cooperative pact between the U.S. and India with the intent of exploring and using outer space peacefully, “…in areas of common interest and on the basis of equality and mutual benefit” (Article 1). The Agreement consented to support in the areas of earth science, space science, exploration systems, space operations, and other areas of mutual interest. Since the enactment of the Framework Agreement, the two parties have announced the NASA-ISRO SAR Mission (NISAR). The mission is designed to assess and measure ecosystem disturbances, natural hazards, and ice-sheet collapse. As a result, the mission is anticipated to aid in better understanding the planet’s climate change process.

JAXA is the product of the merger between the Institute of Space and Astronautical Science (ISAS), the National Aerospace Laboratory of Japan (NAL), and the National Space Development Agency of Japan (NASDA). As the primary agency guiding Japan’s aerospace development, JAXA performs a variety of operations, extending from utilization to research. JAXA’s projects have been predominately conducted through international collaboration. In 1969, Japan and the United States commenced the Japan-U.S. Joint Communique. This cooperation has resulted in JAXA’s participation in international projects alongside NASA. Japan is a Partner of the International Space Station. Beyond forming space development relations with the U.S., JAXA is also partnered with the Canadian Space Agency, the European Space Agency, and the Russian Space Agency.

In 2008, Japan enacted the Basic Space Law (Law No. 43 of 2008) to “clarify the responsibilities of the State as well as to formulate the Basic Space Plan…thereby contributing to the improvement of the lives of the citizenry and the development of the economy and society as well as contributing to the improvement of international peace and the welfare of humankind…” (Article 1). Although the provisions within the Basic Space Law are broad, they provide a foundation for Japan’s space development and use. Within the Law,

Article 24 of the Basic Space Law required the Strategic Headquarters for Space Development to create a Basic Plan for Space Policy. This Plan was enacted in 2009 and represents Japan’s first policy relating to space activity. Together, the Law and Plan are founded on six fundamental principles: the improvement of livelihoods, peaceful use of space, industry advancement, human society progression, protecting the environment, and international activity contribution.

The UAE has recently made monumental steps toward developing its national space sector. Setting regional precedence, the UAE Cabinet approved a new space law in September 2019. Although novel, this law remains in accordance with federal policy and UAE sanctioned international conventions. Providing legislative standards for regulating the operation of future projects committed to international space exploration, the new law stresses the importance of innovative engineering through supporting and unifying academic and research initiatives. The law is anticipated to stimulate investment, research development, and provide competition at an international level. 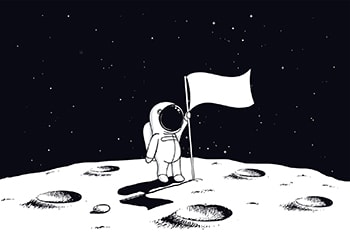 The UAE Space Agency, which is tasked with overseeing the nation’s space sector development, has highlighted five fundamental regulations which are necessary to regulate the nation’s space sector. These include regulations on registration, accident and incident investigation, authorizations, auditing framework, and activities relating to human space flight. The UAE has signed an implementing arrangement with NASA. This cooperation will enable the UAE Space Agency and NASA to evolve its capabilities on earth, in low-earth orbit, and beyond. The arrangement outlines the collaboration between the two entities across a range of areas relating to space exploration and human space flight. The arrangement will permit UAE astronauts to receive training from NASA and utilize the International Space Station.

Beyond NASA, the UAE Space Agency has also signed agreements with a variety of international space organizations, including:

Currently, the UAE has announced two substantial space missions. These missions are anticipated to enable the UAE to become a solid contender in the international space race. The projects comprise:

This project will send the first Arab and Islamic probe to Mars. The mission will commence in 2020. Hope Probe has been overseen and funded by the UAE Space Agency.

MeznSat is a satellite which has been constructed to detect the atmospheric concentration of Greenhouse Gases. The satellite will launch in 2019 from Japan and will be monitored and analyzed by UAE students.