Liquidated Damages under UAE Law and other Legal Systems

Liquidated damages while not present in every contract, there will arise occasions where liquidated damages are mentioned within contracts and provide necessary assurance and security. There are numerous benefits, though also some drawbacks to this type of clause. The method of awarding damages also differs around the world depending on the type of legal system in place within a jurisdiction and nation.

Common Law and Civil Law nations have differing ideas when it comes to this topic. In this piece, we will look into the concept of liquidated damages to summarise what the implications are across a few jurisdictions.

Common law was first introduced in England in the King’s Court following the Norman Conquest around the 11 century. The system spread across the globe and throughout the British Empire. Many of these nations still adopt the common law legal system to this day to varying extents.

Case laws hold a significant sway in court cases though the concept of binding precedence. Further to this, judges play an active role in effecting and evolving the legal system throughout the nation. This is all possible due to the fact it is not codified.

Under common law, liquidated damages receive a level of scrutiny. Often, the damages will not be awarded if they are present in the contract as a form of punishment. The reason for this is so that one party cannot take advantage of the other by introducing a clause which would likely come to pass. Often, a party with greater power in a situation such as a company, could abuse an ordinary individual in this way. However, liquidated damages are not simply ignored; this acts as more of a caution than anything else.

There are two crucial aspects of the clause which must be analysed and conditions are required before it can be upheld. These are as follows: -

A decision was reached by the Supreme Court in which it was stated that a banking entity would not be in a position to impose penalties on their customers in their contracts. However, in this particular case, the ‘fine’ could be considered more as a charge for a service that a punishment to the client. This fact thus made the charge fair.

Another case from the UK which had a similar result was that of Cavendish Square Holding BV v Talal El Makdessi [2015] UKSC 67; this is a leading contract case law in the nation. In the case, an agreement was entered between the two parties in which Cavendish would purchase a significant share in a leading Middle Eastern marketing company. The contract between them included two specific clauses which stated the following:

A breach did occur, though Mr Makdessi stated in his defence that the clauses were unfair and being utilised as a penalty. If the court found this to be the case, the clauses would not stand. However, in the final judgement in the Court of Appeal (the Supreme Court in this case), held that the clauses were not penalties. They did not go against the EU directive, Unfair Terms in Consumer Contracts Directive 93/13/EEC.

While the EU consists of a number of nations that do not use the common law system, the law still applies across the UK and also EU countries.

The US is also a common law nation and their key regulation on the matter is the Uniform Commercial Code. This code was first published in 1952 and has been adopted across the nation in whole or in part depending on the specific jurisdictions. Section 2-781 subsection 1 states that liquidated damages are permissible in sales contracts so long as the value of the damages are fair. They should have a similar value to the actual damages that arise. Further to this, they should be unforeseeable damages.

Altogether, these are largely the same as the United Kingdom’s approach. 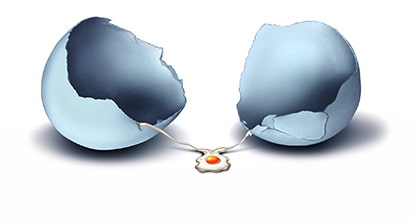 The other predominant legal system found throughout the world and perhaps the more common of these two. Civil law was the roman legal system and was used across their empire in an attempt to unify the people under a singular method of judgement. Today it is found in its purest form across the continent of Europe, and further across the world it is either used or altered in different ways.

This system is codified and thus is not limited by prior case laws. Statues are used by judges to identify issues and arrive at conclusions.

In general, civil law nations are far more open to the concept of liquidated damages. These are seen as adding certainty to a contract and accounting for different eventualities. One of the best examples of this is found in the French Civil Code. This code was established in 1804.

Article 1226 of the code concerns clause pénale which is a form of liquidated damages. These can be used to ensure specific performance from the parties to the contract. While it often ensures performance, another use is to provide compensation in the event of a breach.

These clauses are generally accepted in France and other civil law jurisdictions. However, in the case of excessive penalties, a court may order the fines to receive a reduction. As per article 1230 of the code, the party must be aware of the clause and specific punishment in the case of a breach.

The UAE is another civil law jurisdiction and it holds much the same position as the French. The Civil Transaction Law (Federal Law Number 5 of 1985) considers this under Article 390. Herein, it is stated that parties to a contract may pre-determine the compensation in case of a breach. However, subsection 2 states that a judge may order a party to alter the amount to a reasonable level if this is deemed necessary and there may exist no clause within the contract to counter this.

Japan follows suite in this respect, though it also takes things a step further. Under the Japanese Civil Code, Article 420-1, three specific points are made. These are as follows:

In a way, the Japanese system is quite the opposite of the common law idea, and it goes beyond even many other civil law jurisdiction. 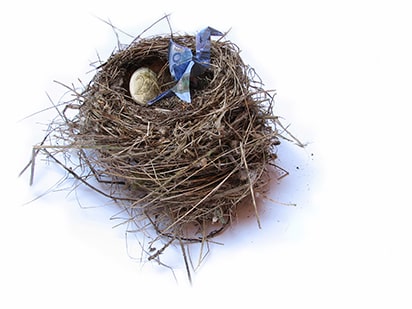 The concept of liquidated damages are handled differently depending on the legal system of a nation. There a few constants across the majority of countries regardless of this though which include the idea of fairness and protecting the interests of the parties. However, the common law system found in the likes of the UK and the US is generally not the friendliest when it comes to any form of penalty clause in a contract due to the potential issues that may occur. These include the abusing of power by those in the more powerful position.

Japan is the most extreme in their support of the idea of liquidated damages, as even the court cannot force alterations to such contract clauses. Whether the system is good or bad is for no one to say. Both sides have their advantages and disadvantages. Considering the differences in the two types of legal systems, either argument has its merits.