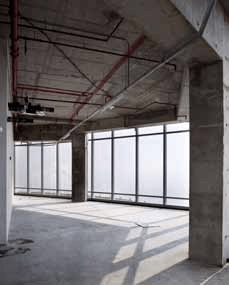 We’re all familiar with the story. Mr. A buys property off-plan. Developer advises property completion will occur by 201X. Mr. A awaits handover with anticipation. 201X comes and goes, with no news on the property. Developer or sales agent contact Mr. A to advise that construction status and the delay in completion. Some years pass, and Mr. A sees no further development. Developer and sales agent are unforthcoming. Mr. A decides to take legal action. Mr. A contacts one international law firm, famed for providing bespoke legal advice and seamless, high-quality counsel…

Incomplete construction projects are by no means a new phenomenon in Dubai. Indeed, one year ago our legal newsstands were heavy with articles relating to this topic owing to Decree 21 of 2013 (the Decree). Issued on 23 July 2013, the Decree proposed a system for the management of litigation cases filed as a result of cancelled construction projects. In summary, it provided for the formation of a special judicial committee (the Committee) to rule on cases in which the developer of an officially-cancelled construction project has failed to refund the purchasers’ money. Although Article 11 (5) of Law Number 13 of 2008 (Law 13) gave the Real Estate Regulatory Authority (RERA) the authority to annul delayed construction projects, and Executive Council Resolution 6 of 2010 (the Council Resolution) laid out the circumstances, conditions and procedures for such cancellation, further attention was needed to ensure the streamlined settlement of all outstanding dues and enforcement of the parties’ rights. Article 27 of the Council Resolution states that should a developer fail to reimburse a purchaser within a timeframe established pursuant to the same Resolution then RERA shall take all measures to ensure that the rights of the purchaser are upheld – an obligation which may necessitate RERA referring the matter to the “competent judicial authorities”. The Decree goes further to name the “competent judicial authority” as the Committee.

We know what you’re thinking –“this is a newsletter, not a history letter.” So why are we writing an article on an arguably stale, old topic? The reason is this: although July – September 2013 brought to us the promise of a reformed litigation system for the relevant cases and a plethora of publications on the subject, we have seen no practical changes to date. Article 9 of the Decree makes clear that the provisions shall have effect from the date of publication in the Official Gazette, which occurred on 10 September 2013. Clear guidelines were in place regarding the constitution of the Committee – namely that each panel should consist of at least three (3) judges from the Dubai Courts under Article 1 – and Articles 3 and 5 take measures to ensure that the Committee has exclusive and undisputable jurisdiction over the specified matters. Although such concise provisions govern the actual working of the Decree, there is yet, no fixed date for the diversion of cases into the new system. This element is despite the fact that Article 3 states that all judgments issued before the commencement of the Committee’s work must (not “may”) be referred to the Committee for consideration nonetheless.

It may therefore seem as though the workload of the Committee is already building up and, as we are all aware, the cancellation of construction projects is no rare occurrence in Dubai. However purchasers wishing to refer their relevant disputes to the appropriate authority remain without the guidance of precedent or knowledge of the way in which decisions will be made by the Committee, and several questions remain unanswered. What would happen, for example, if a developer claims that it intends to recommence works on a project? Or what if the developer wishes to sell the land?

In answering these questions, we should remember the purpose of the Committee. As per Article 2A of the Decree, this is “to consider and decide such issues, demands, and claims that may arise between real estate developers and purchasers, whose subject matter or cause is CANCELLED real estate projects”. Cancelled. Not delayed, stalled or suffering a setback, but officially and permanently cancelled. And the authority to enforce cancellation is not the power of the Committee but the power of RERA as per Law 13 and the Council Resolution. If cancellation is imposed by RERA under the conditions prescribed by Article 23 of the Council Resolution then under Article 24 the developer shall have seven (7) days to appeal against the decision to RERA. RERA shall then have a further seven (7) days to consider the same and deliver a final verdict. If the decision remains the same and the project is cancelled RERA must meet the provisions of Article 25 – namely appoint an auditor (and the cost of the developer) and ensure that any monies in the escrow account get refunded to purchasers within 14 days. If the account contains insufficient funds to reimburse a purchaser fully the developer shall be afforded 60 days (and any such extension permitted by RERA) to provide purchasers with their money.

We have already established that Article 27 of the Council Resolution provides that should a developer fail to reimburse a purchaser then RERA must refer the case to the appropriate judicial authorities (namely the Committee) for the enforcement of the same. We have further clarified that, under Article 2A of the Decree, the Committee’s field of focus shall be disputes arising between the developer and purchaser as a result of the cancelled project. It, therefore, follows that the Committee has no jurisdiction in cases whereby the developer is challenging the cancellation of the project. These are matters for RERA, who have exclusive authority over whether or not a project is to be cancelled. So to revert to our earlier questions – what would happen if a developer wished to recommence development on a project or wanted to sell the land? If the escrow account proved to be sufficient to reimburse purchasers and other outstanding dues can be settled without the sale of the land, then post-settlement the developer shall surely be free to dispose of the land, however, he so choses. And if RERA has ruled that a project is to be cancelled the developer has no other authority to whom to appeal. His only other option regarding re-commencement of the project shall be to apply afresh to RERA at a later date. 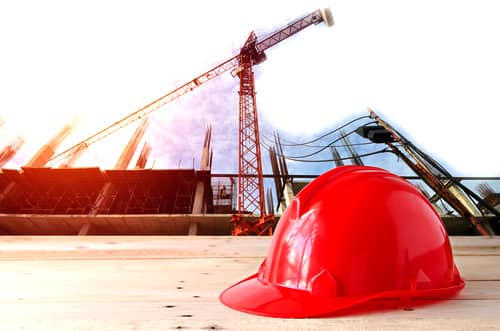 Let us revisit Mr A. In the instance that the construction of his property has been cancelled by RERA and the developer has not refunded his money, what will happen? When the Committee becomes operational it shall have the authority to order the developer to reimburse him. And if the developer isn’t sufficiently solvent to do so, it may order liquidation and allocate the resulting funds in the appropriate proportions – which may or may not involve the payment of Mr A. The obvious question here is “but what if Mr A receives nothing”? Unfortunately for Mr A he will have no further options. Pursuant to Article 5 of the Decree the Committee’s decision is final and binding there shall be no further right to appeal.

So what are the advantages of this new system? In the happier circumstance that the Committee is able to allocate Mr A his dues then under Article 5 the decision may be enforced by the Execution Section of the Dubai Courts, and to Mr A’s relief Article 9 states that any matters handled by the Committee shall be exempt from any court fee.

Of course, Mr. A will still need to pay his representatives’ professional fees – but fortunately for him, the aforementioned international law firm with expert property lawyers in Dubai approached offer excellent competitive rates…