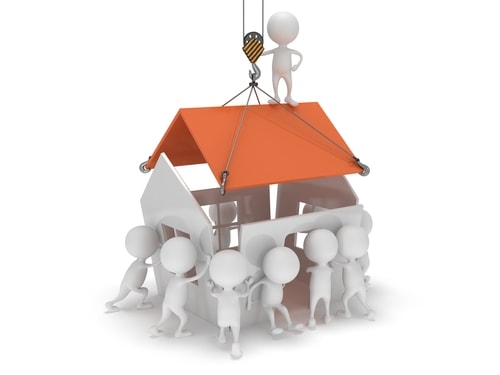 It’s fascinating to see that in this age of consumerism people are so eager to keep abreast of the latest products that they are willing to pay for an item before so much as a picture or description have even been released. The obvious risks, such as the product being substandard, poorly functioning, insuﬃcient for purpose or just plain ugly, are often only secondary concerns. The phrase “try before you buy” (or at least “view and read performance reviews before making a well-informed decision”) surely makes sense and reduces the possibility that the product won’t meet the purchaser’s expectations when the concept becomes a reality.
As per the above title, this article is not about consumerism. Or technology. Or even consumer’s rights. It’s about property law in Qatar. But the point is this – making a purchase without ﬁrst inspecting the physical object of the transaction carries obvious risks. And if there is a potential risk in the minor task of buying a smartphone or tablet that does not yet exist, imagine that involved in purchasing real estate that is not yet constructed.
The technical term for this is buying “oﬀ-plan”. In Qatar this is particularly prevalent – the area is enjoying a construction boom and there is a signiﬁcant demand for property. But why would a purchaser take such a risk as opposed to buying a pre-constructed unit? The advantages are obvious – an oﬀ-plan purchase is likely to be cheaper than a completed property, the facility is sure to be cutting edge with the latest mod cons, and it creates an opportunity for investors to consolidate their interests (for example, a landlord wishing to purchase a portfolio of properties with a view to leasing them may ﬁnd it diﬃcult to ﬁnd an apartment building or area containing a suﬃcient number of available units in a pre-constructed development owing to competition). However, the potential hazards are numerous – what if the developer enters into liquidation before construction is complete? What if the development company doesn’t actually exist, and the project is a fraudulent scam? What if the company simply decided not to proceed with the planned project after all? The purchaser may be left with no property and no means to recover any monies already paid. The increase of such problems in the Qatari real estate market has resulted in some drastic changes in the region’s property laws and has consequently balanced the risk in the buildings versus “builts” debate.
The acquisition of land in Qatar has never been a simple process for foreign nationals. In 2002 the country implemented legislation which superseded the prevalent provision contained within Law Number 5 of 1963 – namely that only Qatari nationals had the right to own land. Originally the relaxation in this law only extended so far as to other GCC nationals, limiting their ownership to a maximum of three properties provided that they did not exceed a prescribed square footage. Further revisions permitting ownership and usufruct rights to non-GCC nationals came later, although these rights are limited to designated zones (such as the Pearl) and are applicable only to residential property.
Despite having the right to acquire land in Qatar any foreign national wishing to do so should prepare himself for a convoluted process. The procedure diﬀers depending on whether the purchaser is a Qatari, GCC or foreign national, and whether the transaction involves registration of title or usufruct rights only. In any event, registration will require correspondence with numerous governmental departments, including the Ministry of Justice, Department of Land Registration and the Real Estate Registration and Authentication Department. In addition to this, the transaction will be peppered with minor fees beyond the obvious, such as an authentication fee of QAR 5 per document and a QAR 10 charge for the paper on which the new title will be printed!

It appears as though we can safely acknowledge that any real estate transaction in Qatar is likely to be complicated. So why would a purchaser wish to add extreme risk to the intricate process by purchasing a property oﬀ-plan? Enter Qatari Law Number 6 of 2014 (the New Law), which shall have eﬀect from October…
In the ﬁrst instance, the New Law shall require all developers to apply for a license from the Ministry of Economics and Commerce. The granting of a license will be subject to evidence of the developer’s incorporation (with additional requirements if the developer is a company incorporated overseas) and proven solvency, and shall also necessitate a minimum of three years’ experience in the industry. Operating without a license is an oﬀence criminalized by the legislation, punishable by one years’ imprisonment, a QAR 50,000 ﬁne or both – sanctions also available in the case of a developer misrepresenting a construction project in any plans and drawings, using funds deposited in the escrow account for unauthorized purposes or failing to hand over the project on the contractually agreed date without a reasonable excuse. A greater ﬁne – namely QAR 200,000 – is risked by a developer that fails to commence a construction project within six months of obtaining all necessary permissions and approvals without an acceptable reason. Such penalties go some way towards ensuring that the purchaser receives the advertised product within the agreed time frame.
An obvious concern of any oﬀ-plan purchaser is the evidencing of ownership prior to completion. An incomplete, unregistered property will not yet have a title deed, and a lack of any formal documentation pertaining to the ownership of a unit which does not yet technically exist is bound to create diﬃculties should any dispute arise between the purchaser and the developer. The New Law deals with this basic omission by way of the implementation of interim strata-title deeds – deeds issued by the Ministry of Justice prior to the completion of the project and availability of a full title deed. In order to allow for the issuance of the interim deed developers must submit to the Ministry of Justice detailed plans and all relevant information pertaining to any sales made oﬀ-plan. Failing to do so will render the developer liable to a ﬁne of up to QAR 100,000. 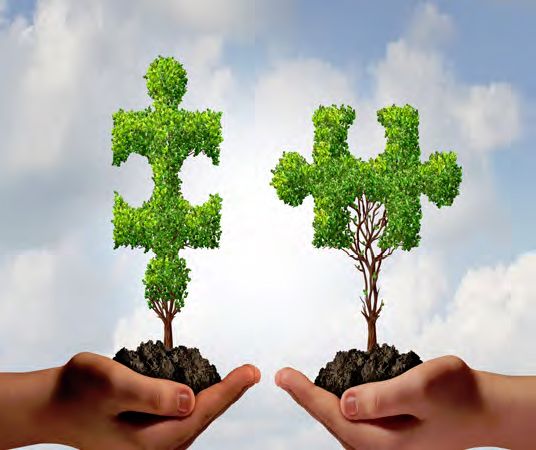 Precedent suggests that, despite the safeguards provided by the use of escrow accounts, payments made towards real estate transactions can be misused or withdrawn unlawfully. However, the New Law takes steps to address these problems by providing that no withdrawal from an escrow account will be made by a developer until the relevant project is at least twenty percent complete in keeping with a schedule approved by the Ministry of Municipality and Urban Planning. There is therefore little prospect of a purchaser’s money being released towards a fraudulent, non-existent development. On the withdrawal of said funds, the New Law further guarantees that the monies shall be used only for covering costs directly associated with the construction project itself and that at all times prior to completion the escrow account shall maintain a minimum balance equal to ten percent of the total value of the same. 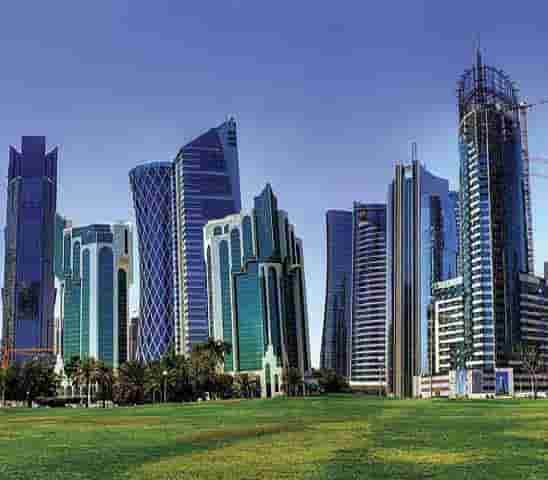 So, let us return to our original concerns regarding oﬀ-plan purchases - what if the development company never actually existed? Under the New Law, this isn’t a possibility. The company will need to evidence that it has been incorporated and operational within the industry for a least three years, otherwise, it is ineligible for licensing. What if the company decides to abandon the project?  Accurate plans will need to be submitted to the appropriate authorities, construction must commence within six months of approval and interim title deeds will be allocated to the purchaser, alleviating the risk that the project may not be genuine and creating the opportunity for remedy if it is left incomplete. And what if the developer isn’t in a position to refund a purchaser’s money? Regulations on the withdrawal of funds in the escrow account will ensure that a substantial chunk of the deposited funds remains untouched by the developer until the appropriate time, thus protecting the purchaser’s investment.
We can therefore reasonably conclude that, despite still complex due to the rules and regulations involving land ownership in Qatar, the risks involved in oﬀ-plan purchases may be signiﬁcantly reduced.
It appears as though STA’s new Doha oﬃce and the newly appointed team of lawyers in Qatar isn’t the only insightful development on the 2014 Qatari legal scene…