Overview of Qatar Agency Law by STA Lawyers in Qatar 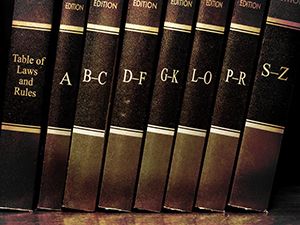 As STA  Law Firm continues to explore, broaden and diversify its presence in newer jurisdictions, our team of attorneys continues to be committed to providing bespoke and strategic legal advice. Jennifer Leader discusses the Agency Law of Qatar and provides significant inputs for all - agents, distributors, principals, and investors 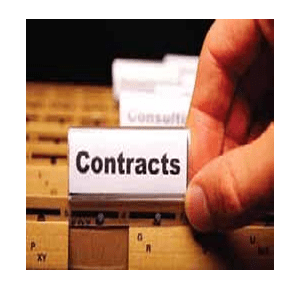 Fortunately, STA Law Firm is home to creative, forward-thinking lawyers able to produce insightful and imaginative articles on a variety of current legal issues. If this were not the case, then the task of producing this newsletter would perhaps be outsourced to an agent. If this agent (writing under the name of STA) reproduced copyrighted material and the owner of the copyright came to realize this, who would be a party to any consequential litigation? STA, the agent or both? If the owner litigated against STA, could STA commence parallel proceedings against the agent? The term agent in this paragraph bears a broader connotation compared to term agent under agency law which is explained in the ensuing paragraph(s).

Let us place this into the specific commercial framework of agency law itself. In this context, an agent is an entity approved and authorized to market and/or distribute goods or services in name of and on behalf of another in return for the commission, as agreed under an agency agreement. For instance, Company X, a reputed group in the state of Qatar, may be appointed as agent to sell cars produced by a German car manufacturer, Company Y. The relationship between Company X and Company Y will be governed under an agency agreement providing for the rights and obligations of each of the parties, and will also specify the jurisdiction for the settlement of disputes or differences that may arise (by default the jurisdiction will be the Qatari courts, unless the parties to the agreement have specifically agreed otherwise as per Article 23 of Federal Law number 8 of 2002).

In Qatar any commercial agency agreement is subject to Qatari Federal Laws number 8 of 2002 (the Commercial Agents Law), 27 of 2006 (the Commercial Law) and Civil Law Number 22 of 2004. Unlike in many other jurisdictions, the legislation and codes of Qatar allocate rights to both the agent and the principal company. An agency agreement – specifically, an agreement that Company X (an Agent) provides goods or services on behalf of Company Y (a Principal) - must be formally registered with the Ministry of Business and Trade and renewed every two years thereafter. On registration, the agreement has the effect that Company X appropriates exclusive rights over the goods or services specified therein. In addition to this, Company X is automatically granted a legal right to 5% commission of the total value of the goods or service received as per Article 5 of the Commercial Agents Law.

Evidently, such a provision is advantageous to Company X as it demands a statutory minimum payment guaranteeing at least some recourse in the event that the Company Y fails to make any payments specified in the agency agreement. However the Qatari law – specifically the Commercial Agents Law - goes even further and allows for Company X to claim additional compensation under Article 9(c) should the agency relationship be terminated. This applies in all circumstances in which the Agent is able to evidence that it has played a significant role in promoting the Principal’s goods or services and in expanding its client base, and shall be subject to the provision that the Principal was the terminating party and the absence of any other compensation paid by the Principal to the Agent.

It seems then as though the Agent may enjoy a relatively well-protected position. However, the law imposes several obligations upon an Agent, some of which result in criminal sanctions should the Agent not comply. For example, it is the responsibility of the Agent to apply to deregister his name at the Ministry of Business and Trade upon the termination of the agreement – an obligation which must be fulfilled within 30 days of termination regardless of any outstanding issues or pending claims against the Principal as per Article 20 of the Commercial Agents Law. Article 21 imposes a penalty of a QAR 10,000 fine, six months imprisonment or both in the event of non-compliance. Moreover, it is the responsibility of the Agent to ensure that it is solely licensed to distribute the goods or service in question in Qatar for any consideration. This includes the registration of a commercial presence within the region and the maintenance of the appropriate customs license (or the retaining of a party who meets these requirements).

So how does the law affect Company Y? Agency law by no means requires that the provision of goods and services is channeled through agents only, and Company Y is free to trade directly in the market should it so choose. However, the option of trading directly in addition to via an Agent shall be limited depending on the type of agency agreement registered – different rules apply to the various categories, which are contract agencies, distribution contract agencies, commission agents, and commercial/sales representatives. A Principal wishing to conduct direct trade AND appoint an agent would, therefore, need to check the restrictions before selecting the category of the agency contract. 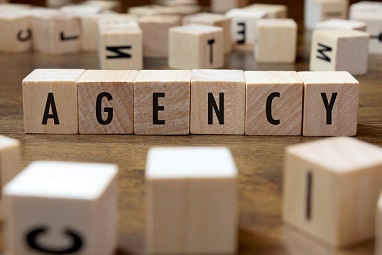 The combination of provisions discussed so far leads to an obvious question – what if Company Y wishes to enlist the services of an Agent, but does not want to limit the distribution of its products or services to Company X alone? Again, this is an objective which is catered for by Qatar’s distinction between different categories of agency agreements. Although it is a necessary criterion for some categories that the Agent is exclusively appointed, the employment of a commercial/sales representative will grant Company Y exemption from not only the exclusivity requirement but also from provisions of the Commercial Law in general. However, in seeking immunity Company Y should proceed with caution – avoiding exclusivity alone is not a sufficient ground for exemption. 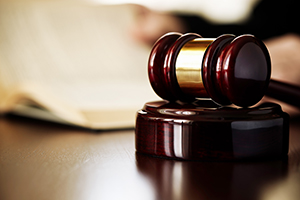 Despite a ruling from the Court of Cassation in 2009 holding that an agreement must contain three main elements in order to be considered as a valid commercial agency agreement (namely the scope of the agency, exclusivity, and remuneration), a further Court of Cassation decision from 2013 contrarily rules that an agency agreement may still be deemed to exist regardless of the absence of one of these characteristics, consequently rendering it susceptible to the Commercial Law.

Despite the remedies available to an Agent further to termination, the law does allow the Principal to end the agreement when the objectives contained within the same have been fulfilled. However, the fact that the Principal is provided with no grounds on which to terminate following default on non-performance by the Agent again tilts the scale in favor of the Agent. Moreover, the de-registration of the Agent by the Principal ventures into the extremely difficult territory. The contractual condition that the Agent provides the Principal with a notarized power of attorney specifically for this purpose at the time of execution will not overcome this problem as the Ministry is unlikely to accept it in anticipation of the deregistration of non-consenting Agents.

The benefits of an agency agreement to the Principal hardly need emphasizing: the utilization of a wider distribution network, enhanced marketing and the outsourcing of time-consuming sales responsibilities to name a few. However, it appears as though Qatar, in particular, takes measures to ensure that rights and protection are also afforded to the Agent. Agency agreements may, therefore, present as an attractive option to a foreign company wishing to increase its revenue and enrich its commercial presence in the region, safe in the knowledge that its rights shall be safeguarded by law.

But here’s the final blow, dealt by legislators anticipating a loss of commerce to local citizens under Article 11(1) of the Commercial Agents Law only a Qatari national or company owned 100% by the same may register as an Agent.

The aforementioned legislation may, therefore, take steps to address the imbalance between the interests of contractual parties, but it seems as though there is still some way to go before the same can be said of national and foreigner’s rights.