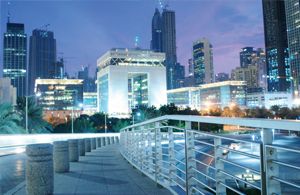 The current global investment climate is a ‘mixed bag’ of healthy, stable and crippling economies. The dollar continued to be the global currency for millennia but with countries deciding to introduce their local currencies to the mainstream – such news have led to a plethora of questions and debates. Introduction of Euro and announcement by State Council of China allowing free flow of Yuan in global markets had shaken the financial markets in their way and government policies such as the recent announcement by Government of India preventing Indian citizens from investing abroad have had their fair share on international property markets. Amongst several other economies, the economy of United Arab Emirates has emerged and continues to be one of the healthiest economies in current times.

The International Monetary Fund has estimated that Dubai’s economic recovery is going from strength to strength and this is being reflected in the return of the Emirate’s real estate market. The number of transactions in real property by domestic as well as foreign investors including an influx of foreign direct investments in the year 2013 continues to gain momentum. The political and financial turmoil in other nations such as Greece, Syria, and Egypt emphasized by the Cyprus banking crisis has had investors turn their eyes towards other safer economies. Investors from Europe, the GCC, and Asia continue to invest sizable in the region as UAE continues to remain politically, economically and financially stable. This article overviews the recent regulatory developments in the real property sector within the Dubai International Financial Centre (the DIFC). 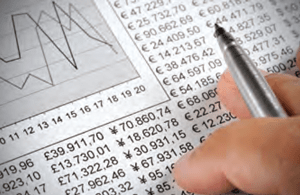 DIFC is an independent jurisdiction within Dubai, United Arab Emirates. Established in the year 2004, DIFC was built with the vision of promoting economic growth and development of Dubai. DIFC was built upon the premises of modern regulatory, legal and physical infrastructure imbibing the best from the most advanced systems in the world. This onshore free zone is a city within a city, has its own courts based on common law system where commercial and civil disputes are adjudicated and have its very own independent financial regulatory body, the Dubai Financial Services Authority, commonly known as DFSA. DFSA is empowered to grants licenses and regulate financial transactions that are conducted within the  DIFC. It is no surprise that the DIFC is today, one of the most modern, efficient and systematic property registration systems in the world.

The year 2007 saw the implementation of DIFC Law number 4 (the Law) which governs the ownership of freehold land and buildings within the DIFC. The Law was enacted after careful contemplation and consultation with various interested parties. Members of the public were invited to provide their inputs and the initial consultation period was subsequently extended for an additional thirty-day term. This new Law is a contemporary piece of legislation that derives its strength from the foundations of English Common Law and the more modern Torrens system. The Torrens system was formulated to make the process of land registration a simple affair and to certify to the ownership of an absolute title to the property. The process is easy and clear-cut has become insidious around the world.

The Torrens system works on the doctrine of “title by registration” rather than “registration of title.” In essence, this means is that there is no need to trace the title through a long drawn out procedure through a series of documents. The authorities responsible for title registration guarantee its indefeasibility and have compensatory actions in place in case of there being an error. This Law is applicable exclusively in the DIFC and is unique compared to any other free zones within the United Arab Emirates or anywhere in the GCC. 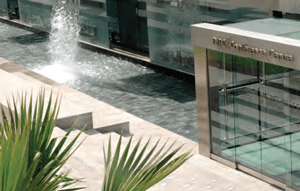 1. Key Features of the Property Registration System in the DIFC

a) Indefeasibility of the title- This is an important aspect of the new Law. In other words, once a property has been registered by the DIFC’s Registrar of Real Property, it is backed by the security of ownership by the Law. Land parcels are registered and allotted a distinct number known as the folio and are noted in the central system with the name of the registered owner and its key features. A change of ownership in case of a sale or death of registered owner comes about by changing the record with the Registrar.

b) Caveats- This is one of the exclusive features of the Law. The Registration of Property or change of ownership requires the concerned parties to fill two forms, namely Caveat Form No.42 which is completed by the buyer; and Withdrawal of Caveat Form No. 43 which is completed by the seller. Filing of these forms warrants that the claimant’s right in a developer’s property is legally recognized. An important facet of this fact is that all parties that claim an interest in a land parcel must register a caveat and file the Freehold Transaction Return Form number 46 within 30 days of commencement of the transaction which is considered to be the day of signing the ‘Memorandum of Understanding.’ If the said Memorandum of Understanding is binding and not contentious, the commencement is said to have occurred by the signing of this written agreement.

c) Guarantee -The DIFC Registrar guarantees the accuracy of the Central Register which has been defined as the central record of all property transactions within the DIFC. It is also empowered to order compensation to any party

that is adversely affected by a clerical error. This enables a prospective buyer to rest assured that he/she does not need to verify information beyond the scope of the Central Registry.  This has simplified the process of property ownership much to the relief of many.

d) Registration Fees - Also particular to the DIFC is the transfer fees at 3.5% of the market value of the property compared to the other Free Zones and mainland fees of 2%. The market value of the property is determined by DIFC approved surveyors. The higher fees have resulted in criticism from many concerned parties but the DIFC has maintained its stand on this issue by stating that the system enables a quick and effortless transfer which justifies the fees. The transfer fee needs to be paid within 30 days from the effective date of the transaction which is the date of signing the memorandum of understanding between the two parties; with an interest being payable at the rate of 5% per annum for any delay in payment. There are however certain circumstances which exempt a freehold transaction from payment of this fee. These are:

Another exclusive feature of DIFC when it comes to property is the ability of real estate investment trusts (REITs) to purchase property within the DIFC. In contrast, this is an exclusive system which is not observed elsewhere in Dubai. A REIT has been defined as an entity that invests in multiple real estate developments and projects such as shopping centers, hotels etc.  What is interesting about a REIT is that it allows an individual to have a stake in profit-making ventures that otherwise it may not have access to. The REIT legislation was introduced by DIFC to promote its functions by enacting the Investment Trust Law Number 5, 2006.

DIFC has taken the lead when it comes to property law in the UAE. The system of registration, the encouragement to REITS and the ease and transparency of transaction has made DIFC a favorite domicile for investment by domestic as well as foreign investors who have previously been hesitant to invest in the Emirate. Law number 4 is a thoroughly researched and scrutinized piece of legislation which has further established the DIFC’s leadership in encouraging investment into Dubai. With this advanced property registration system, the DIFC has expanded the horizons of not only the property law within the free zone but also beyond.