Overview:Rail Infrasructure Projects in the GCC 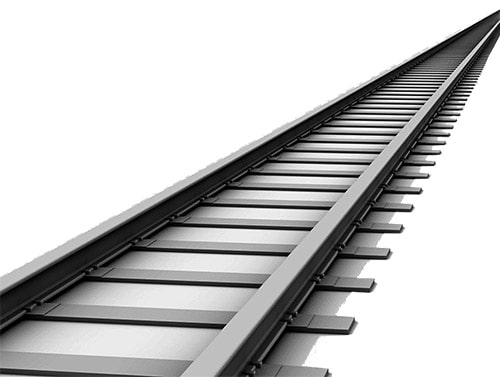 Rail Projects are always an ambitious and expensive affair every country hopes for, not to mention the long time periods required to complete and establish such projects as operational. While providing extensive environmental benefits, reducing the pollution created by cars and other heavy operational 18 wheelers, the rail project would also provide for economic and infrastructural benefits. In this piece, we shall discuss the GCC Rail Project, also known as the Gulf Railway, which has been envisioned and in the works for over a decade, its benefits, risks, and disadvantages.

Since the beginning of time, a developed railway network is considered synonymous with prosperity and progress of a nation. A well-connected country is a well-developed country. As is the case, various GCC member countries have undertaken or are in the process of undertaking various rail-related projects. While these projects are expensive, governments in the Middle East have allotted their income from Oil, whenever there is a price hike, to this ambitious Project. The planning is supposed to connect the UAE with Saudi Arabia, Kuwait, Bahrain and Oman.

Certain countries have found other ways to boost their incomes, like the introduction of VAT in both UAE and Saudi, and Public-Private Funding as a preferred mode of the funding model. PPPs have helped countries in mitigating various types of risks that are involved with such projects. Apart from the Gulf Rail, countries that are part of this expansive rail project also have their individual trains operating or in the process to begin operation within the Country. These could then be linked to the Gulf Rail, providing a complete network of train system within and outside the Country.

The UAE has various rail projects in different cities. Etihad Railways is one such ambitious rail project which has already completed 1200 km distance of its desired Project. The Ministry of Finance has signed a deal with Abu Dhabi Department of Finance to fund the second stage of the Etihad Rail Project. The second stage will pan a distance of 605kms which will be from Ghuweifat on the border with Saudi Arabia to Fujairah on the UAE’s east coast and hence will also integrate into the GCC Railway network.

The Dubai Municipality had caught on earlier about the need and importance for a rail system based on studies starting from 1997. It had been reported that Dubai’s motorists spent an average of 29 hours annually in traffic, which is a higher time period than those who are stuck in traffic in New York, Bangkok, London, etc. In 2009, merely just over a decade later, Dubai had started operations of the metro to the general public. Operated and controlled by the Roads and Transport Authority of Dubai, this was the first urban metro project to be operational in the Arab States. With Red and Green lines connecting various parts of Dubai, and a tram project within Jumeirah Lake Towers, one can get pretty much anywhere around the city through public transport. Further expansion has been planned, comprising a 15 kms expansion covering various parts of the city that is heavily populated, termed as the Route 2020. The stations will connect certain prime spots and locations such as the Discovery Gardens, Al Furjan, Jumeirah Golf Estates, and the Dubai Investment Park. This is exclusive of other lines that are in works connecting parts of Old Dubai. Not only are these projects going to improve connectivity, but it shall also provide for higher property prices in these areas, as they would be more easily accessible to the general public. 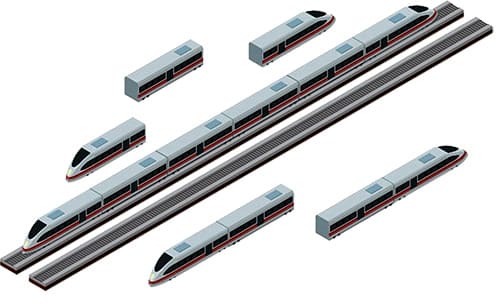 Saudi has launched its own initiative in connecting the country with various massive railway projects known as the Saudi Landbridge Project. A project investment worth an estimate of 7 billion US Dollars with the tracks panning a distance of 950 kilometers, this would be one of the longest train lines equipped throughout the Arab states. Saudi has various lines under construction for its projects. Another project that is simultaneously underworks is between Riyadh and Jeddah, spanning a distance of 115 kilometers. This will primarily be a freight line which shall be interlinked with North-South railways. The Harmain High-Speed railway line connects Makkah with Madinah, passing through stations in King Abdullah Economic City, and King Abdulaziz International Airport in Jeddah. There will be three freight and two passenger stations (at the airport and in the city centre) in Jeddah. The Dammam-Jubail line will cut short the time for passenger travel by two hours. The freight service from Jeddah to Dammam will cut short the time period for transportation by days on end, as now the link by sea takes roughly around over a week with shipments.

Bahrain has already started and is continuing development of the King Hamad Causeway Project, which is its transport connection project to the Gulf rail. It is estimated to cost 3.5 Billion US Dollars and three years to complete this Project. In connection with the Saudi Arabia Ministry of Transport, King Fahd Causeway Authority, and Bahrain Ministry of Transport, Bahrain is going to jointly realize this rail project. The Project consists of a 25 km road and rail offshore section adjacent to the existing causeway and a further 25 km rail section only which is predominantly in KSA connecting to the existing Dammam to Al Hofuf line and with a short section inside Bahrain connecting to the proposed King Hamad International Terminal at Ramli area.

Inspired by the Dubai metro, Bahrain is also in the works of launching its own metro line, the light rail network, and the tender for its Project is rumored to be put out next year. However, the operation for this Project is only expected to happen by 2027.

Kuwait has delayed the road railway project linking to GCC rail this year due to failure on the part of Public Authority of Roads and Transportation to provide for designs for the rail routes. A 24-month delay has been requested by the Authority as an intensive project as such would require a competent consultant to complete the design on the Project. It is estimated to cost Kuwait 7 billion US Dollars to complete its side of the Project.

Kuwait also has been in talks of launching a local metro rail within its city since 2009. The plans have unfortunately not come to fruition, although tender for the Project has been handed out. This is also expected to connect to the Gulf rail.

Oman has anticipated its need for a local rail line to and from its mineral mines as this would make transportation of the country’s main resource easier. But current lack of demand in the product has stalled the Project; Phase 1 of which is from Manji to Duqm. Oman was in the initial phases of planning stages two of its railway network, the 240km line from Haifait to Fahoud, which is divided into two phases: the 114km section from a junction with phase one at Haifait to Ibri, and a 126km link from Ibri to Fahoud. It is yet to be known whether the status of the Project has changed.

There are various concerns and risks evolving around the Project. Since GCC is not economically integrated with each other, there is the aspect of concern as to the percentage of completion from each of the States. It would be in vain if one Country was to complete its part in construction while another hasn’t, and the railway not being operational due to this. Hindering oil prices and dwindling interest in minerals are pushing few of the member countries to postpone the Project for a later date. Another concern is regarding illegal immigration and visa issues of non-GCC nationals as it would be difficult to monitor the passengers entering the train, with lines going cross border for thousands of miles. Disagreements between states as to where the lines should begin and end, what part of the city to integrate the lines to, would be another issue altogether. Political turmoil and differences, if occurs, would further make a dent in this plan. There is also the concern of those who own or stay on the land that might come in between the stipulated rail line. They would have to be handsomely compensated, provided they agree to give up their land for this purpose. Technical aspects like the procurement of material, its quality for infrastructure, build quality of the rail, boring through underground lands and tunneling through mountains are herculean tasks that would require utmost care to execute, and has to be made sure that it is done properly.

Apart from being a beacon in energy efficiency and sustainability, rail projects provide various other advantages. They help with easier transportation of goods for businesses operating interstate and would cheapen the cost of shuttling said goods from various states. Businesses have more scopes of operations as now they can efficiently conduct their businesses in the multiple countries available for trade. We are not strangers to the exponentially long lines of trucks parked at the border, awaiting customs approval to cross over, sometimes taking days in the process. Drivers can now be relieved of this painstaking task once the rails are operational. This would also reduce the time it takes for travel to those that stay far away from their workplaces. All these aforementioned advantages help with the GDP growth of a country. It also saves largely on Petrol consumption in these countries, helping provide a sustainable and brighter future. 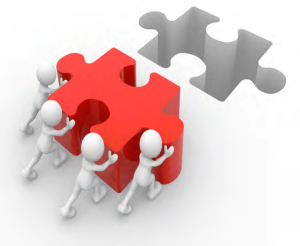 While this Project has been a dream amongst GCC member countries for years on end, like any other projects on this scale, it has faced its hindrances. Overcoming the various economic, political, and financial issues might seem almost impossible at various points, but once that has been overcome and the project is completed, it would be an unprecedented, never-before achieved dream that would contribute majorly to the development in tourism and commerce of all the countries involved. We can already see a glimpse of that enthralling success as most of the member states are already underway in nearing the realization of this dream.