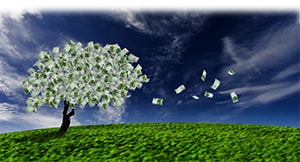 Driving through Dubai one is inundated with the view of cranes and construction sites, however, if a closer look is taken it becomes increasingly more evident that many, if not most of these sites are inactive and the buildings are left skeletons of the creations that they were meant to be. Project financing in the GCC region has seen a rapid dive in recent times, and the feeling of the effects is throughout the GCC.

Due to a concerted drop in the oil prices, there was a resultant shortfall in government revenues and budget deficits across the region. The GCC region is suffering a reported two hundred and seventy billion dollars (USD) project finance gap. However, the region has announced a slew of infrastructure programmes, and this can be attributed to external sources keeping the funding tap open to infrastructure projects. With governments taking a cautious approach and only focusing on critical projects.

The value of UAE projects awarded rose by 15.1. Percent, quarter-on-quarter in the first half of 2016. Bahrain and Kuwait reported increases of 77.1 percent and 242.2 percent in projects awarded during the first quarter, on a quarter-on-quarter basis, while Oman and Bahrain saw yearly increases in projects. Saudi Arabia and Oman saw the sharpest quarterly falls of 42.9 percent, 45.7 percent, and 48.2 percent respectively, in value terms, while for GCC as a whole the value of project awards contracted by 14.8 percent quarter-on-quarter and 45.6 percent on a year-on-year basis.

Lower oil prices have been a significant constraint on the amount of funding available to GCC governments to finance capital and infrastructure projects, forcing them to look at alternate solutions.

Asian and European export credit agencies are increasingly providing funding or finance guarantees to help their contractors secure projects. An example of this was the USD 2.9 Billion LNG import and regasification terminal in Kuwait awarded to a consortium led by South Korea's Hyundai Engineering and Construction.

The project finance market in the GCC region conceals several challenges. These challenges include the drop in oil prices, the tightening fiscal positions across the region causing delays to protect, rationalization or even cancellations of projects.

It is against this backdrop, increasing capital requirements stemming from Basel III implementation are affecting regional banks' ability to support projects with longer tenors. Also, liquidity pressures linked to lower oil prices persist in some markets while in others they arise intermittently. "Banks in the GCC region traditionally operate with high levels of capital, but we expect Basel III to make a significantly less amount of capital available for project finance," says Micheal Wilkins, managing director of infrastructure ratings at S&P Global.

In order to bridge the gap in the funding, there has been an evident trend emerging throughout the region. The first trend is the increasing presence of large international banks, specifically from Asia. This increase is having a significant positive effect on the market. These international banks have many years of experience engaging in global project finance deals and come with large balance sheets, and they are adding an extra dimension to the regional funding landscape.

The contribution of non-regional lenders has been elevated to new heights due to various ‘push’ and ‘pull’ factors. Negative interest rates in Japan, for example, have contributed to a large-scale push by the country's banks to seek better returns overseas. Three Japanese banks topped a Thomson Reuters global league table for bookrunners on principal underwriters for project financing by value in 2016.

The bank that came out on top was Mitsubishi UFJ Financial Group (MUFG), such a bank has had a stable presence in the region for over the past few decades. The bank provides that project finance is an asset class that the bank has extensive knowledge in, this knowledge is inclusive of all risks associated with project finance. In the GCC mainly, the expertise of this bank has seen it lead on some of the regions' most significant project and infrastructure deals of recent years. An example of this is the financing of Abu Dhabi's largest solar plant, a 1.17-gigawatt facility located in Sweihan, which included $650m raised from local and international banks, MUFG was the lead arranger for the loan.

Another trend is the innovative new financing methods, which include a growing role for regional capital markets by opening up new funding options for project finance participants. 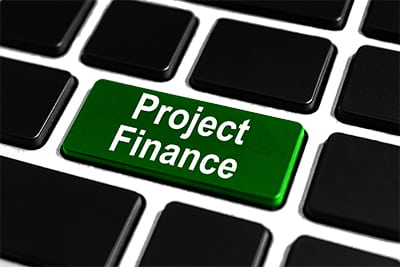 There have been many delays and re-tender of projects in the GCC region in recent times, and this has meant that some bigger project finance markets have offered less stability than they did in the past.

The proposal is that local bank funding across the region will become more expensive. This proposal reflects slow growth in deposits in some markets as well as higher capital requirements, which will force many institutions to be more selective when it comes to their balance sheet allocations. As a result of this, space is opening up for capital market financing for project and infrastructure finance.

Mr. Jennings from S&P Global stated that "we are seeing more avenues open up for other investors coming into the market who are comfortable taking on longer terms asset risk. Indeed, there is much interest, particularly in the GCC, for debt capital market and institutional investors and we have seen different pockets of liquidity open up in that regard.

There are much-needed work and procedures to be implemented before alternative financing mechanisms reach a meaningful scale. Across the GCC region, local currency debt markets are mostly undeveloped. Also, research shows that bank loans accounted for about 90% of total corporate and infrastructure financing over the first eight months of 2016, up from about 74% in 2013.

In order to address some of the challenges, regional banks are turning to samurai or kangaroo bonds to raise debt at a lower rate and to diversify their liabilities. These funds were lent back to corporates involved in project finance deals.

Although the immediate financing gap may be severe, the new trends cumulatively bode well for the region's project finance aspirations. GCC markets are currently adapting to the environment in which they find themselves. If over time, a more extensive range of banking institutions, coupled with a more diverse array of funding sources, begins to address the project finance gap, the outcome can only be positive for all concerned.

Mr. Jennings went on further to state that, "a project finance market of the size and scale of the Middle East does not work with just one or two big lenders. You need a good number of primary banks and also secondary interested parties, including debt and institutional investors."

The Basel III Accord

The Basel III aims to absorb financial shocks, enhance risk management and improve banks' transparency. The banks in the GCC region already mostly conform to the Basel II. The new framework requires increased and better-quality capital, liquidity standards, a new leverage ratio, and capital buffers to be absorbed in tumultuous periods. Other drives include:

For regional banks, the higher capital requirements provided for by the Basel III Accord will leave many regional lenders with less room to support project finance deals.

Chiradeep Ghosh from Bahrain's Security and Investment Company stated, "in terms of Basel III implementation, Saudi Arabia is doing quite well. We estimate that the average core Tier 1 capital ratio for Saudi banks in 17.5%. So Saudi lenders are well placed to continue engaging with finance deals. Global standards well capitalize Even UAE banks; we estimate that their average core Tier 1 capital ratio is about 14%." 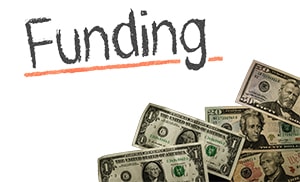 Generally, construction projects fail due to lack of proper planning. However, there are other reasons for such failure, the dividing of which can be into causes related to owners and causes related to contractors.