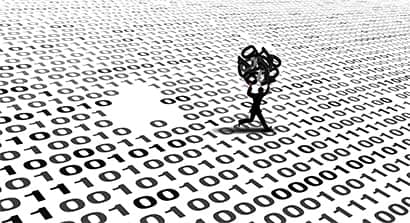 The terms ‘intelligence’ and ‘policing’ put together often strike thoughts pertaining to some fashion of covert surveillance system that is used to gather information in an undisclosed manner. However, the true meaning of the term intelligence policing, or “intelligence led policing” (a more meaningful way to put it) is far from this assumption.

As technology continues to accelerate at a rapid pace in the 21 century, it is imperative that law enforcement agencies keep up with this rapid change. Law enforcement agencies, particularly, police forces are always coming up new methods to fight crime in a more effective manner. As a part of this never-ending search, police forces have come up with a method to help prevent crime by ensuring that it never takes place in the first place.

In the early 1990s, UK police forces (i.e., Her Majesty’s Inspectorate of Constabulary) began advocating for the increased usage of surveillance and intelligence to target serial criminals, who were reoffending constantly. It was not until the terror attacks on 11 September 2001 that Intelligence Led Policing (ILP) started becoming heavily incorporated into policing styles across the globe. Prior to this incident, most government agencies would not often divulge information to each other.

Noting that the resources available to criminal individuals have grown exponentially with the advent of technology, police forces moved towards a system of prevention over cure, ensuring that crimes had been taken care of prior to happening.

The first-ever instance of intelligence being police in action was the incorporation of the practice into the functioning of the Kent County Constabulary in England in 1997. In the wake of budget cuts and upon noticing that it was only a small percentage of individuals committing the vast majority of property-related crimes, the constabulary employed a larger number of units to focus solely on analyzing property crimes. Not surprisingly, the Kent Constabulary was able to see a 24% drop in property-related crimes. This was the first evidence of ILP in action, and owing to its great success, this model of policing crimes was soon adopted in Europe and the United States of America (USA).

To clarify, ILP is not the same as predictive policing, although they are not mutually exclusive from one another. Predictive policing employs computers to scan and examine large amounts of data pertaining to certain types of crimes in certain geographical regions, in order to anticipate when and where a crime will happen. Whilst this method of policing does not inform who will commit a crime, it does point out hotspots and frequency of crime within a certain region.  ILP, on the other hand, is a method that entails identifying trends, and potential victims and repeat offenders.

This article will seek to define, outline, and analyze the practice of intelligence-led policing, and weigh its merits and advantages. 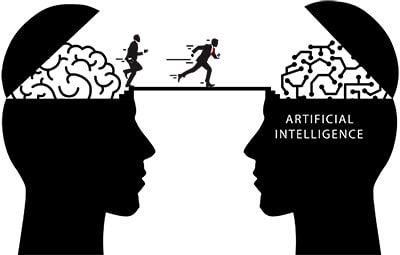 Simply put, ILP refers to a management framework for tracking criminal intelligence and outlining future/planned police work, wherein intelligence is paramount. The intelligence acquired guides the police forces’ strategic and operational objectives, and priorities so that they may efficiently suppress crime and other security threats. It also seeks to guide the decisions on operational work done by the police, and the rational allocation of human, material, and technical resources.

ILP seeks to challenge the traditional style of policing, which has long been a style of work dominated by response-based policing. ILP changes this to a style of law enforcement that encourages collaboration between agencies, and proactive thinking, however, planning and prioritization in such means do not undermine the fact that police forces always need to be reactive and vigilant to security threats. In essence, ILP complements traditional and response-based policing.

Intelligence-led policing initially took shape as a top-down managerial model, wherein the power decide the outlook for a certain law enforcement agency is concentrated at the top, by means of communication and information sharing, which feeds itself to the higher-ups, who would then make calls as to how the police force would operate. In contrast, the traditional model of community policing is a bottom-up approach, which is aimed at primarily enhancing between members of the public and the police.

Although the sophisticated technology and data-driven approach of today’s ILP did not exist in years prior, it still has been in existence in a rudimentary form for decades. Police forces have long been using crime data to identify patterns, and roughly anticipate when the next crime will occur. With the rapid advancement in technology, data models are being employed, with factors such as weather, time of day, crime hotspots, and the criminals’ backgrounds being fed into them. This allows for law enforcement agencies to build out complex models that can allow them to focus their resources on particular activities. This data collected, is usually harvested straight from the information that is stored within the law enforcement agency’s system, and mostly centers around the analysis of the individual’s characteristics. Such characteristics may include records of arrests, gang activity, domestic incidents, and familial relationships of that individual. This allows law enforcement agencies to leverage data for the greater good of better policing.

Jerry Ratcliffe’s latest visual representation of the ILP model is perhaps the best method to visualize ILP in action. The 4-i model (intent, interpret, influence, and impact) is key towards outlining the main factors in the ILP model: the criminal intelligence analyst, the criminal environment, and the police decision-maker. For the ILP process to work at its full potential, all the “I’s” must function properly.

ILP allows for the existence of a forward-looking and pro-active approach to curbing crime. Its proven application in a number of countries in recent years to address issues such as, but not limited to, terrorism, crime, and transnational threats, has pushed ILP from the realm of being a concept, to a general application strategic business model to address a plethora of policing issues at local, regional, and national levels.

In recent years, the demand for law enforcement services and response needed, have far outpaced the availability of police officers available, thus pushing law enforcement agencies to increase efficiency and output per employee. Intelligence-led policing has offered the ideal solution for this problem.

“The need to introduce intelligence-led policing (ILP) should not be questioned. In times of budgetary and resource restrictions, each responsible individual and organization has to identify priorities to tackle major problems. To assist in prioritization, decisions have to be made based on facts and intelligence, the basis of all of which is information. ILP will contribute to optimizing the allocation of resources and concentrate efforts in a more structured manner. This helps to cope with increased sophistication and operational agility of criminals to subvert law and order.”

The advent of international terrorism has highlighted the need for a system of centralized analysis and comprehensive data and information sharing. This was especially evident after the 9/11 attacks. Thus, risk identification has become a central part of modern policing. A solid functioning ILP approach to data and information gathering and analysis allows police forces to assess a greater number of crime-related parameters.

The ILP model employs the use of clear organizational and management structures, which include decision making and tasking mechanisms and a clearly defined cooperation and communication pathway between domestic and international law enforcement authorities. The International Police (Interpol) is a by-product of this practice.

Perhaps the biggest takeaway from the implementation of ILP is the improved data and information management systems that are employed. In today’s age of incessant information flow, the ILP data management structure provides for the directed and focused collection of relevant data and information, keeping in mind a well defined and outlined policy for objectives, strategies, and priorities.

One of the primary concerns pertaining to ILP is that there is a chance of over-policing, and sometimes may be racially or ethnically motivated, and may lead to the perpetuation of bias against criminals from certain backgrounds.

Some of the concerns raised against ILP are as follows:

However, proponents of ILP have raised some very valid counter-arguments. ILPs have always had a very high rate of success, i.e., they have been very accurate in pointing out the right individuals, and very rarely the wrong ones. Moreover, they claim that, since the data is processed through a computer, it removes any inherent human bias that may exist whilst entering the data, since the data entered is always referenced with past information and trends pertaining to the crime.

In conclusion, the trend of reducing crime across the world could, in part, be owed the functioning of proper ILP measures. For example, the United States Federal Bureau of Investigation (FBI) reported that overall crimes reported had reduced from 2017 over 2016. While it is still hard to pinpoint empirical data to suggest that this was solely down to the implementation of ILP by the FBI, one may look at the strides made by governmental intelligence agencies over the past couple of years, in detected and preventing more terror-related crimes.