Overview: Crimes Committed Outside the UAE

The Territorial Applicability of Criminal Law in the UAE 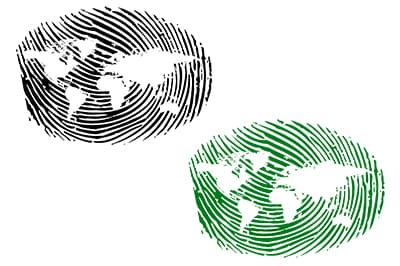 In may sound odd, but there is a difference between international criminal law and criminal international law. What’s more is that the differentiation between these two seemingly similar sounding things is of essential importance.

The criminal international law is the law which concerns the rules of the crimes committed under the municipal criminal law, involving a foreign element, such as the venue of the offense, or the nationality of the victim or the offender. In such cases, the criminal law comes into focus to deal with the problems of legal jurisdiction and to solve the conflict of laws that may arise between domestic and foreign criminal rules.

Federal Law Number 3 of 1987 (also known as the Penal Code) states within Article 16 that the Penal Code will apply to any person who commits a crime inside the territory of the State. The State shall consist of the lands and any place under its sovereignty, including territorial waters and airspace there above.

A crime shall is considered to have been committed in the territory of the State if any of its constituent acts occurs therein, or if the result has been, or is intended to be, realized therein.

Article 17 provides for situations in which crimes are committed on-board warships and military aircraft which bear the flag of the State wherever they may be, such offense will fall within the ambit of the penal code. The applicability of the law will also apply to non-military governmental vessels owned or operated by the State for non-commercial purposes and as such commercial aircraft and ships bearing the flag of the state also fall within the purview of the law.

Where there has been an incident on a foreign ship which is in any of the ports of the State or its territorial waters, Article 18 of the Law states that the penal code will not apply unless the following circumstances are present:

Although this provision does not extend to foreign aircraft in the airspace of the UAE Provisions will reach if the aircraft physically touches down in any of the airports after the perpetration of the crime. Also, if the crime by nature disturbs the peace in the State or violates its public policy, or if the offense violates the State navigation rules and regulations, or if the aircraft pilot seeks the assistance of the local authorities, or if the offender or victim is a State citizen.

There too are cases in which the merchant ships become submitted under the local State jurisdiction. This submission is following the International Seas Convention of 1982. These cases are as follows:

Where a person has committed a crime outside the State, according to Article 20 of this law, such person will fall within the ambit of the law and will be considered a principal or an accessory when the following crimes have been committed:

The provisions of the criminal law are only applied within the States’ territory. The internationally accepted definition of territory includes the following:

However, there are two exceptions to the territorial applicability of the criminal law. There is a contrary exception in the form of criminal immunity and a real limitation in the way of the transnational effect.

Concerning the contrary exception, the following persons will qualify as such:

Definite Exceptions to the Territorial Applicability of the Criminal Law

In this situation, a state will take it upon themselves to punish persons who have committed a crime abroad. Pronouncement of the punishment must occur in the State whose law has been broken and can only require execution if the offenders come within its territory. The UAE Law on this follows upon French principles, with jurisdiction over offenses committed abroad claimed within broad limits.

MISUSING MARKET POWER - WHO CAN TELL?   “Europe has achieved peaceful political union for the first time ever: They're using this unprecedented state of affairs to harmonize the curvature…

Plagiarism and its Legal Consequences

Plagiarising Copyright ‘Give credit where credit is due.’  -        Author Unknown The origins of this proverb are unknown, but they are relevant in varied contexts. One can say that the…

The Law on Insider Trading

Maritime trade has been carried out since ages, and it remains to be the backbone of the world economy by hauling around 80 to 90% of world trade. UAE being…