MISUSING MARKET POWER - WHO CAN TELL?

“Europe has achieved peaceful political union for the first time ever: They're using this unprecedented state of affairs to harmonize the curvature of bananas.” 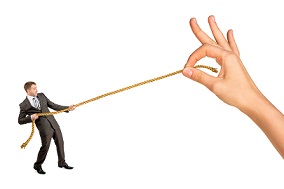 If you’re managing a business in a member state of the European Union and are looking to pursue this activity in another member state, you might be surprised as to how similar the regulations governing your business activity are across state boundaries. In recent years, many situations concerning the trade of goods, workers, services, capital, taxation, agriculture and transport have been investigated by the European Commission under competition laws. Although, it is argued that the European Union has been adopting trivial policies for instance by regulating the curvature of bananas, many jurists believe that the harmonization of laws in European Union member states is part of a larger project of establishing common standards throughout the Union, so as to ensure the proper functioning of its single market.

The way in which a business is conducted can have an adverse impact on trade dynamics in the European Union. European Union regulatory bodies have strived to regulate the movement of goods, services, and establishment to protect the principles of free passage on which the intergovernmental organization is built. In this vein, Article 101 of the Treaty on the Functioning of the European Union (TFEU) prohibits anti-competitive agreements and Article 102 of the TFEU prevents the abuse by undertakings of a dominant position, within the internal market, that may affect trade between member states. What procedure must be followed to establish that a company is in breach of Article 102 of the TFEU?

This article will be split into three parts, each dedicated to an analysis of one of the terms in italics that make up Article 102 of the TFEU.

When Does a Company have Dominant Position in the Market?

The case of United Brands v Commission [i] defines dominance as “a position of economic strength (market power), which allows the undertaking to prevent effective competition in the relevant market.” The undertaking’s capacity to prevent effective competition can be determined by its ability to conduct operations independently of both customers and consumers. If the undertaking has a market share so significant that it can significantly alter its prices and engage in other risky business practices without thinking twice about the effect this would have on its consumers and competitors, then it is more likely to be in a dominant position. The undertaking’s market share must be ascertained to correctly determine its position, namely by considering the relevant product market (RPM), and the relevant geographic market (RGM).

The European Commission Notice defines the RPM as a market in which products and services are considered to be interchangeable or substitutable by the consumer; this is evaluated through the application of two economic tests: demand and supply substitutability. As per United Brands v Commission, if the increase in the price of an undertaking’s product would cause a customer to switch to buying another product then we are likely to be dealing with a position that is not dominant (test of demand substitutability). If competitors can start producing the same product as the undertaking without incurring significant costs, then the undertaking’s position is likely not to be dominant (test of supply substitutability).

As for the RGM, the European Commission Notice defines it as a territory of the common market in which competition conditions are similar and homogenous for all undertakings. In order to determine whether we are dealing with an RGM, the case of Hilti AG v Commission of the European Communities[ii] has indicated that we must start by assuming that the RGM is the whole of the European Union, we must then work inwards if any of the following factors apply: transportation costs, product characteristics, shipment patterns, and location of plants. Although the RGM must constitute a substantial economic part of the standard market, it may be minimal geographically (Sea Containers/Stena Sealink[iii].

The case of Hoffman-La Roche v Commission[iv]  has established that a large market share can in itself be evidence of a dominant position, although this will only be the case in rare circumstances. Shares of 50% or more in a market raise a rebuttable presumption of dominance, as stated in AKZO Chemie v Commission[v]. Shares below 35% will rarely be dominant. Besides, factors other than market shares can help us determine whether an undertaking is dominant. There is more likely to be dominance if barriers to entry exist (such as high start-up costs and intellectual property rights), if the undertaking has been in a strong position for a long period (United Brands) and if the undertaking has significant financial and technical resources, which may allow it to overpower competitors. There is less likely to be dominance if the customers enjoy buyer power. Moreover, in Italian Flat Glass[vi], the Court of First Instance confirmed that several companies could hold a dominant position together if several links unite them.

When has a Company Abused their Dominant Position?

Although it is necessary to establish dominance to prove that an undertaking has breached Article 102 of the TFEU, dominance on its own is not sufficient to do so. Evidence that the company has abused its dominant position must be provided. Abuse is said to have happened when a dominant firm in a market engages in conduct that is intended to exploit its dominant position or where its presence has weakened the degree of competition in a particular market (Hoffman-La Roche v Commission). According to article 102 of the TFEU, there are two main categories of abusive practices: there are exploitative practices which exploit people dependent on the decisions of an undertaking and there are anti-competitive practices which exclude competitors from offering their goods or services in a specific market. Practices such as excessively increasing or decreasing the price of a product (United Brands v Commission; AKZO Chemie v Commission), refusal to supply goods to a business that has helped a contending brand (United Brands v Commission; Hugin), changing the price of a same product based on who the purchaser is (United Brands v Commission), requiring the purchaser to buy a second product when buying a first (this is called tying and was prohibited in Hilti AG v Commission of the European Communities), and abusive discount policies (Hoffman-La Roche v Commission) constitute abuse of a dominant position.

Might the Abuse of the Dominant Position Affect Trade between the Member States?

In Commercial Solvents v Commission, abuse was deemed to affect trade between member states whenever “the conduct brought about an alteration in the structure of competition in the common market.” Article 102 of the TFEU specifies that abuse need only be capable of affecting trade between member states for the undertaking to breach the provisions of the section; the deal does not need to have been affected. In the case where the abuse of a dominant position has changed trade between member states, undertakings cannot qualify for exemptions, and the European Commission may impose a fine on the company. Injured parties will not obtain any compensation for the harm that has been caused to them, and the Commission for European Union activities will retain the money from the fine. The undertaking does have a right to appeal the decision to impose a fine on it to the General Court, and it may appeal against the new ruling in turn to the European Court of Justice on the point of law. Given that Article 102 of the TFEU has both vertical and horizontal direct effect (BRT v Sabam), a claim can be brought in the national courts of the member state. In this case, penalties for undertakings can be damages to compensate the claimant, a mandatory injunction to stop the undertaking’s abusive conduct or both. On the whole, the European Union has adopted measures that regulate the competitive behavior of companies in its jurisdiction, with the aim of establishing a form of economic harmony throughout its internal market.

This article was submitted by Jad Doudar.