Financial Overview of Divorce and Legal Procedures in UAE 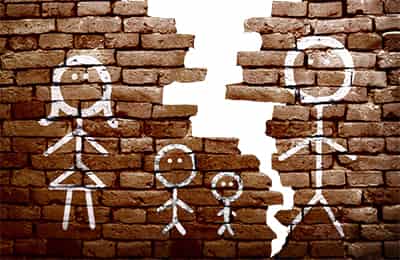 A professional women’s working hours might be from 9 to 6, but a housewife’s job doesn’t end there. A housewife has a 24-hour tireless position much more than anyone who works outside the house. On any given day they are required to be nurses, psychologists, drivers, chefs, party planners, finance managers, handyman and many other professions all in one. Being a housewife is a multi-profession role with having problem-solving, multi-tasking and creative attributes to keep the things running in the house and keeping their audience content and happy which is a difficult task as any housewife would testify. The role of women in the family and the office has been of great debate throughout recent history. The criticism on homemakers questioning them being at home and relaxing has been a mere perception and an area of the critical discussion with the changing social construction and rising feminism ideologies.

In a recent judgment in India, Karnataka High Court recognizes “housewife as busy as a professional.” A couple got married in Meerut in Uttar Pradesh, and due to their domestic disputes, the husband filed for divorce at a family court in Bengaluru, while the wife was residing in Muzaffargarh, Uttar Pradesh. The wife filed for a transfer application before the Supreme Court; it declined on the basis that the wife is eligible to claim for ‘requisite expenditure’when the need for traveling arises to attend the hearings. The family court ordered the husband to pay towards the wife’s traveling needs, who had traveled to attend hearings. The husband argued that because the wife is a homemaker, she is not eligible for ‘requisite expenditure’ and also contended that because she does not work, she has the available time to travel by train rather than taking a flight. The High Court acknowledged that homemakers are as busy as working professionals as she is the one responsible for running the house and looking after family members and this perception in the society raises flags for gender injustice. Justice Raghvendra S Chauhan observed that the contention that the wife should travel by train is because she is ‘free’ and a housewife shows lack of understanding of the hard work and dedication carried out by the homemaker. He stressed that a housewife is as busy as a professional person with all the house and family responsibilities.

The alimony or the divorce spouse maintenance is a requirement by law in almost all the countries around the world. Alimony is a monetary compensation granted for the spouse support during and after the divorce proceedings. It expects that both the spouses regardless of their gender must bear the maintenance through and after the marriage. The awareness of support came in fashion because of the increasing issues in the union. Once the knot is tied, the commitments and obligations of marriage are to be carried out for the rest of the life even if there is mental disparity or physical separation between the husband and the wife. As time changed, the laws and education empowered woman and divorce came as one natural solution for an unsuccessful marriage.

The United Arab Emirates is a Muslim country but being one of the most diverse lands there is a significant population of expats residing practicing their cultures, traditions, and religions. The study according to the Dubai Statistics Centre in 2016 revealed that there are six cases of divorce for every one thousand couples in Dubai, a number that is measured higher than the global divorce rate. Separation is a reliably rising marvel in the UAE, and expat couples are in perplexity over how to deal with the assets and benefits that they mutually attempted to obtain during their marriage. The Sharia law governs Islamic marriages. Shariah and the UAE law shall apply to couples who are both Muslims and likely if the husband is Muslim and the wife is not.  However, Non-Muslims expats residing in the UAE can file for divorce in their home country or register for divorce in the state of residence, UAE.  If the couple wishes to have their home country’s law applied in the UAE courts, they have the option to appeal for it. Article 1 of the Federal Law Number 28 of Personal Affairs established that the “provisions of this Law should apply on citizens of the United Arab Emirates State unless non-Muslims among them have special provisions applicable to their community or confession. They shall equally apply to non-citizens unless one of them asks for the application of his law”. The law describes that the relevant parties may ask to apply their rules to personal status matters. It also provides that the law of the state of which the husband is a national at the time of when the marriage contract shall apply to the effects on personal status and the effects with regards to property and assets resulting from contracting of the union. If the law fails to cover an aspect of the divorce procedures from the parties’ home country laws, then the courts hold the decision to apply the UAE law. The UAE law gives the wife the entitlement for alimony and maintenance for the wife and the children by the Personal Status Law of the UAE. Article 63 of the Federal Law Number 28 of 2005 concerning the personal status states: 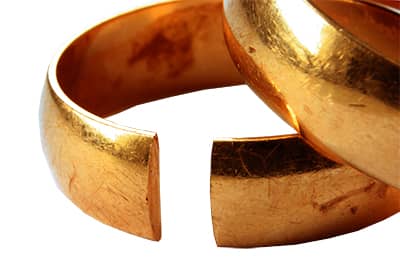 Further, a wife is entitled to alimony once her husband stops providing her basic needs by Article 67of the Personal Status Law, "The wife's maintenance shall begin from the date the husband refrains from supporting her. It shall be considered a debt due, without the government or an agreement’s dependence, but payment or absolution shall extinguish it. Also, A claim for alimony which exceeds three years from the date of introducing the action in court, shall not be heard unless agreement imposes it.

The Islamic Shariah law governs divorce cases with Muslim couples' in the UAE. Shariah principles make it more complicated for the estranged couple to divorce, except the judge is fully satisfied that the marriage will not work further. The first step in the divorce process is to register a case at the Moral and Family Guidance Section at Dubai Courts. A counselor will then interact with the couple and discuss their issues. If the couple, or either of them, still claims for divorce, then the application will be forwarded to the court. Shariah Law lies on the Islamic principles governed by the holy book Quran; it provides support for the wife after the separation. The maintenance is defined and limited to the period of iddah, that is three months after filing for divorce or duration of a pending pregnancy. During the iddah, a husband must support his wife according to his income, which includes residency in the family residence. However, in a case in Bangladesh, in Muhammad Hefzur Rahman v. Shamsun Nahar Begumxiv, the Supreme Court, relying on the Quran, ruled that a Muslim husband's responsibility to maintain his divorced wife does not end with the expiration of the iddah. The court stated that the husband is bound to provide his divorced wife with maintenance on a reasonable scale for an unspecified period until she gets married again.  In Egypt, the Decree-Law Number 25 of 1929 provides for two types of alimony: Iddah and enjoyment alimony. The law limits iddah alimony to one year, even if the court orders a longer time. However, if the marriage has concluded and the wife divorces without her consent or fault, she is entitled to two years of enjoyment alimony, at the rate of iddah alimony. In ordering the additional support, the court must consider husband's financial situation, the reason for divorce, and the length of the marriage.

The presence of many religious beliefs in India, the Indian Judiciary has executed laws independently for couples associated with different religious convictions. The following are the laws related to different religious communities. Numerous acts have been passed by the government to make the present-day divorce practices in India more progressive to match the ever-changing societal norms and customs. The Muslim Women Act 1986 was enacted to protect the rights of Muslim women in divorce. For inter caste and inter- religion marriages the divorce laws approved under The Special Marriage Act, 1956. All Hindus, as well as Buddhists, Sikhs, and Jains can pursue divorce under the Hindu Marriage Act 1955. The Muslim, Christian, and Parsi communities have their laws governing marriage and divorce in respect to their customs and religions. Spouses belonging to different castes and religions can seek divorce under the Special Marriage Act, 1956. Alternatively, if either partner belongs to another nationality, they can file under Foreign Marriage Act 1969.

Maintenance Order in the United Kingdom

In the UK, a couple is to be married for at least a year to file a divorce petition. The legal ground for divorce is that the couple should be forever separated. The party who files for divorce should prove that the marriage is broken irretrievably by establishing one of the following facts: 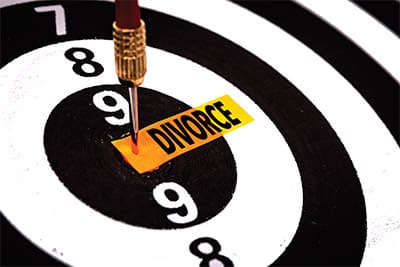 In the UK, the court can sometimes order the person with higher income to make maintenance payments to support the living cost of their ex-partner which is called a ‘maintenance order.’ The maintenance payment can be set for a limited period or until one of the partners dies or enters into a new civil partnership. The payment can alter if one of the partners loses the job or gets better paid. A recent case which showed new dimensions in family law in the UK is the case of Mills v Mills [2017] where the couple divorced in 2002 and agreed to the maintenance order and the court order to provide financial support and provide periodical payments to the wife of £1,199 per month. In 2014, Mr. Mills applied to revoke his maintenance payments or to reduce the payment amount. Mrs. Mills made a counter application to increase her payments as she was unable to meet her necessities. Court decided that the original order should continue and the couple appealed. The Court of Appeal agreed wife’s appeal on the ground that the provision has already decided for the respondent’s accommodation costs in the capital settlement. This judgment for increasing the wife’s maintenance payment stunned the family lawyers as recently the trend seemed that the parties in divorce should become financially independent as maintenance orders have become quite uncommon.

While divorce may end a marriage, it doesn't end commitments of one partner of another. In numerous relationships, one companion is more fiscally well off than the other. In a divorce, this procuring inconsistency implies that the less fortunate accomplice is qualified to get spousal support, or alimony, to support the other post the separation.  Different countries have different laws and rules towards awarding spousal support based on factors such as duration of the marriage, financial stability, income and health of the recipient.