INSIDER TRADING BETWEEN FRIENDS AND FAMILY

“The stock market is a device for transferring money from the impatient to the patient.”

The term insider trading has been popular amongst headlines of newspapers for a while now and has been subject to the argument of whether it’s pertinence to family and friend is legal or not. Assume you are the chief executive officer of an organization that is about to report a major merger which will push up your stock costs. Through your enthusiasm, you inform a close companion of your actions, leading him to conclude that it is in his best interest to purchase shares in your organization. Through this tipping, have you broken your obligation to your organization and its shareholders by providing your friend or family the information for their profit? Would this amount to insider trading? Let’s read further to find out.

In the case of Salman v. the United States[i], the United States Supreme Court observed and ruled on whether a tip on confidential information by an insider to a friend or relative amount to insider-trading. This article sets to provide a brief analysis of the case and discuss the status quo of insider trading between friends and family in other major jurisdictions. 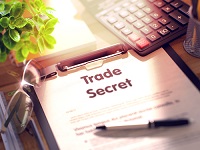 In 2002, Maher Kara started working for Citigroup in its social insurance venture for managing an account group. Throughout the following couple of years, Maher looked for assistance from his sibling Michael Kara to better comprehend the science behind his work. By 2004, Maher was sharing secret data about Citigroup's practices. From 2004 to 2007, Maher intentionally uncovered data about upcoming mergers and acquisitions by Citigroup customers. Maher had confessed to providing Michael, his brother, with information and data to profit him—of which Michael denied. Maher and Michael were to a great degree. Maher affirmed that he gave Michael the data to benefit Michael. Meanwhile, Michael got engaged to Bassam Yacoub Salman's sister and started to share some of the insider information, he got from his sibling, with Salman. However, Salman did not particularly exchange through his account but rather used his brother-in-law, Karim Bayyouk's account to trade approximately USD 2.1 million. There were various events where Bayyouk and Michael Kara executed similar trades issued by Citigroup's customers. When things went bad, Salman was accused and convicted of insider trading in 2011. He filed for another trial; although, the court denied his appeal. Therefore, he filed the case with the U.S. Court of Appeals for the Ninth Circuit and contended that there was no proof indicating his knowledge that the data utilized for exchanges was obtained from insider trading. In the meanwhile, the precedent set by the Court in Dirks v. SEC [ii] elucidated that the liability of the tippee is based on whether the tipper breached a fiduciary duty by disclosing the information. The tipper discloses a fiduciary information when the disclosure of information is for a personal benefit.

Therefore, the court looked for an explanation on two issues to determine the petitioner’s liability: (1) Under Dirks case, does the individual advantage to the insider be monetary or is a familial relationship enough; and (2) Can inability to research where the tip originated from constituting resolute visual impairment? After studying the issues, the appellate court found that there was adequate proof that Salman knew he was trading on insider data, given the close family relationship.

The Ruling of the Apex Court

Subsequently, On January 19, 2016, a case was brought before the Supreme Court by writ of certiorari [iii] regarding the main issue. The main issue was whether the evidence of a family relationship adequate to maintain a conviction for insider trading or should there be proof that the people involved were aware of the potential monetary profit accumulated through the trading of data? The jury led by Justice Samuel A. Alito, Jr. could deduce that the tipper benefitted by providing confidential data to a relative who was interested in trading. The apex court took purview of the judgment of the appellate court and held that the family relationship was adequate proof that Salman realized that he was leaking insider confidential information. An individual is said to commit insider trading when the informant has a tip that benefits him. Here, Maher tipped off his sibling Michael, which stated that Maher profited by the divulgence and had in this manner abused his obligation to Citigroup. Further, Salman was guilty of insider trading because he realized that the data was obtained from insider trading and Maher remained to profit by its revelation. Consequently, the Court found that Salman's learning of Maher's potential for personal advantage from the tip upheld his conviction for insider trading.

The following statues and regulations have elucidated insider trading in the US:

Regulations promulgated under the Securities Exchange Act of 1934 are as follows:-

10b5-1 - Trading “from Material Nonpublic Information in Insider Trading Cases,

10b5-2 - Duties of Trust (or Confidence) against Misappropriation in Insider Trading Cases;

14e-3 defines Transactions in Securities based on Material, Nonpublic Information in the Context of Tender Offers.

Criminal Penalties: Section 32(a) of the Securities Exchange Act of 1934, as amended by the Sarbanes-Oxley Act of 2002, penalizes individual(s) with up to twenty (20) years imprisonment for securities fraud and/or a fine up to USD 5 million for each willful violation of the Securities Exchange Act and the regulations under it. However, the defendant will not be criminally liable if he or she can prove that he had no knowledge of the violation of the particular rule or regulation. In such cases, the violator may only have to pay the fine prescribed. Further, corporate entities may attract a fine not more than USD 25 million in a case of insider trading.

Civil Penalties: Parties guilty of insider trading are mandated to pay the Federal Government an amount equal (summing up) to the profit made or loss avoided. Further, Section 21A of the Securities Exchange Act of 1934 states that a convict of insider trading may also be fined with a penalty of up to three times that amount may also be barred from taking up the office of a director of a public company.

“Insider trading tells everybody at precisely the wrong time that everything is rigged, and only people who have a billion dollars and have access to and are best friends with people who are on boards of directors of major companies they’re the only ones who can make a true buck”

Article 37 and Article 39 of the Federal Law Number 4 of 2000 (the Law), established UAE Securities and Commodities Authorities (the Authority) governed by a Board of Directors prohibiting the existence of insider trading in the UAE. Article 37 of the Law has prohibited the utilization of undisclosed information that may affect the prices of securities for personal benefits. 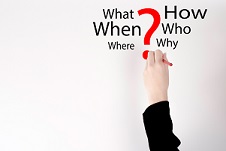 Further, Article 39 states that no person may deal in securities based on unannounced or undisclosed information that he or she may have obtained their position. It is also not permissible to spread rumors about the sale or purchase of shares. The chairman, management, or staff members of any company shall not use their inside information about their company to buy or sell shares in the market. The Law has also prohibited employees from trading in their company’s stock, and exceptions to this rule have been laid down under Article 38 of the Law. The chairman, board members, general manager or any staff of a company listed on the stock market can do any transaction in securities of the same company in person or through others by disclosing relevant information required by the market and getting an approval of the company's board of directors for the transaction.

Insider Trading in India is an offense under section 195 of the Companies Act, 2013, and sections 12(A) and 15(G) of the Securities and Exchange Board of India Act, 1992. Insider trading happens when we enable access to the undisclosed, price sensitive information about the securities of the company subscribes, buys, sells, deals, or agrees to do so or counsels another to do as principal or agent. Punishment for insider trading is imprisonment up to five years and fine ranging from Indian rupees five lakh (INR 5,00,000) to Indian rupees twenty-five crore (INR 25,00,00,000) or three times the benefit made; whichever is higher.

[iii] A writ that authorizes a higher court to review a case tried in a lower court.