What are trade secrets, and why are they so crucial to a business? 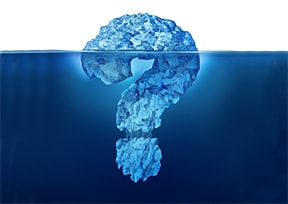 Trade secrets are a considerable part of the business world. Businesses will guard and protect their trade secrets zealously, as it is what gives each company their unique selling points. In the modern world of business, the key to becoming the biggest and best and attracting the highest number of clients is to stand out from the crowd. The need and want for money has meant that businesses are popping up every day in vast amounts, and this continually reduces the chances of other enterprises making it big.

There are famous cases of businesses and their trade secrets that still to this day are unknown to the vast majority, including many who work within those businesses. Examples of this include the Coca-Cola recipe which is an age-old trade secret, beginning with the founder of the company at around the year 1891, and there are very few anonymous selected employees who know of the recipe. Coca-Cola is currently the most popular soft drink in the world, and in the US, it has a market share of 17%. This figure does not even include diet coke, which is the second most popular drink in the country, followed by the nearest competitor, Pepsi. Coca-Cola is currently among the most valuable brands in the world. Similar to this is the fast food giant, KFC, whose famous blend of 11 herbs and spices have propelled the company to the top of its respective field.

A question that then arises is whether these types of businesses would be as popular as they currently are if they did not have their trade secret ways. The likely and straightforward answer to this is no, and this is because if trade secrets were known, and they were genuinely beneficial, everyone would be doing it, and thus everyone would be on an even playing field.

Beyond the USP advantage it provides, Trade Secrets are unlimited in the ways patents or trademarks are. There aren’t any time limitations, and the secrets do not require ousting as they would for other forms of IP protection. However, without any laws to back them up, trade secrets would be far less secure, and the system, in general, would not work. As such the UK has its regulations in place to regulate the matter, and there are also EU regulations and Global regulations governing the system.

The UK has recently implemented the Trade Secrets (Enforcement, etc.) Regulations 2018 which amend the prior rules. They came into effect on June 9, 2018, and brought various changes into the fray. Firstly, one significant difference was the official definition of ‘Trade Secret’ was set out. Among the simplest ways in which this improves over the previous system is that a more set in stone definition could remove uncertainty in a case. The new definition is split into three parts and are mentioned under Section 2 of the law, and are as follows:

A key point to note here is that before this legislation, trade secrets were undefined under the UK law, which could lead to much confusion in a case; this legislation should change that.

An example of a case which demonstrates the importance of the inclusion of a definition is the Keystone Healthcare Limited, Keystone Healthcare Holdings Limited v Colin Robert Parr, Mark Reynard, Medipro Recruitment Limited. Now the case in itself does not necessarily relate to trade secrets, and it occurred before the new law came into power. However, this case refers to a breach of confidence, and one of the points stated is that this case is distinct from one which would relate to a trade secret, though "the distinction is somewhat difficult to apply in practice". This case clearly shows that before the implementation of the new legislation and without a solid definition, confusion was very much a potential outcome.

Another change this law brings forth is that of time limits. These are mentioned and specified in Sections 4 through 8. In general, as of 9 June 2018, a case relating to trade secrets may not be brought before the courts if a specific period has passed. Section 5 states that, in England, Wales and Northern Ireland, there is a limitation period of six years, while in Scotland, there is a prescriptive period of 5 years. The period would begin when an individual is first made aware of the trade secret. 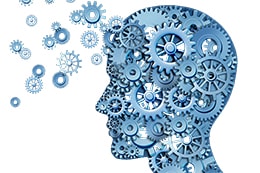 Section 7 and 8 discuss a couple of exceptions. An exception to the limitation period would be in the case that the trade secret holder happens to be in a state of disability (disability here is as defined under Section 38 (2) of the Limitations act of 1980). It states that a person shall be treated as under a disability while they are an infant, or lack capacity (within the meaning of the Mental Capacity Act 2005) to conduct legal proceedings. If one falls under this category, then the limitation period begins from the time when they no longer fall under said category (come of age, etc.) or from the point of their death.

Section 8 is concerned with the prescriptive period in Scotland and states that when under disability, the period should not be considered.

Sections 7 and 8 are present to protect those who either, may not know better or perhaps may be more easily taken advantage of even if only for a specific period.

There is also the matter of interim measures that a trade secret holder can take to ensure their secrets go unspoiled. Section 11 covers this, and within it is stated that trade secrets holders are within their rights to consider the following measures to against infringers:

A recent case in which this matter of interim injunctions was brought up was Berry Recruitment Ltd v Donovan. In this case, the recruitment company (the claimant) was suing for an order against Donovan as she had within her contract certain types of restricted clients she would be unable to interact within the case of her termination or resignation. However, following her departure from Berry Recruitment, it was discovered that she has joined another recruitment company and had dealings with individuals that fell under the restricted category. The outcome of the case, in summary, was that the Berry Recruitment company was granted an interim injunction against the former employee, as they had demonstrated that through her breaches, she had caused significant financial damage to her former employers.

Beyond the new requirements, there are also penalties for those who leak trade secrets within the restricted period. Should a business wish to sue an individual for revealing trade secrets, the business entity will have to prove that the leak will or has led to a loss of profits. Section 17 (1) states that the one who leaks trade secrets will be liable to pay the trade secret holder damages to the appropriate level of the prejudice suffered.

The whole idea of looking at a case based on its merits is nothing new. In the case of TQ Delta LLC v Zyxel Communications UK Limited, Zyxel Communication A/S. Within this case, it is stated: (concerning trade secrets) “What is necessary or unnecessary would depend upon the nature of the secret, the position of the parties and the extent of the disclosure ordered.”

The UK trade secret law was implemented following the EU legislation on the same matter. The Directive (EU), 2016/943 of the European Parliament and the Council, was introduced by the EU on 8 June of 2016. As is the case with EU legislation, just because it has been formed and enacted, does not mean that it is enforceable across the EU. The EU consists of sovereign entities, and so each of the bodies within must then form their national legislation following and to the end that the EU has envisioned. The UK’s Trade Secrets (Enforcement, etc.) Regulations 2018 do just this.

The EU legislation begins by mentioning what the law shall not effect. Article 1 states that: 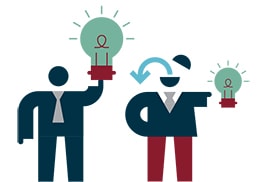 Beyond this, it is also the case that this legislation shall not limit or restrict the mobility of employees. What this means in the case for employees is that they should be able to use what information they wish to so long as it doesn’t fall under the legal definition of a trade secret. Employees should also be able to use whatever skills they have acquired in further employment, so long as it follows the ordinary course of their job, and no other union or national laws are restricting it.

Following this Article 2 defines the term, trade secret. The definition is the same as what is in the UK legislation. Article 8 concerns the time limitations within which the cases can go before a court. There is the aforementioned 6-year time limit, though the Article also states that it is upon the individual nations to produce the restrictions and penalties of their own with their national legislation. Further, Article 12 covers injunctions and how they work. Finally, Article 14 concerns damages. Similar to most things within the bill, it is primarily left up to the countries themselves to come up with the specifics.

What is the Bigger Picture?

The EU may be a significant global player and will have been the final entity to produce legislation on trade secrets before the UK issued their own; this is due to the relation between the EU and its members who are required to ratify and enact national laws based on the EU agreements.

According to the EU, nations were required to ratify and implement the new regulation as of 9 June 2018. However, before the EU’s law, there was the World Trade Organisation’s (WTO) TRIPS Agreement on intellectual property; this, initially introduced in the year 1994 included and presented the initial discussions for the idea of intellectual property protection on such a scale. The basics behind the standards of security, the enforcement of the rules and regulations and also the dispute resolution, were all brought up here and had laid the first blocks of the modern global intellectual property protection legislation, including the EU’s 2016 regulation.

Following the introduction of EU Directive 2016/943, when the deadline for the nations to implement their own laws was set, it was only a matter of time for the UK.

They have now implemented these regulations as a UK statutory instrument, and this is a highly positive move as it provides more solidarity and allows for more confidence from companies in the law in ensuring their trade secrets are kept safe, and that they can reliably protect them with the support of the bill. With the world ever become a more competitive and money driven place, this step may be seen by many as a requirement and will hold more weight the further we move forward. In this modern age of vastly interconnected technologies and social media, secrets are becoming less secure, and so the only protections and justice reliably present are through the law.