‘
Reform will come – not as we change our moral principles but as we discern and accept the implications of principles already held.’
-Matthew Scully 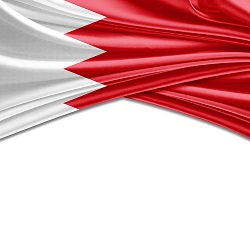 It can take a simple change in wording to create catastrophic new meanings, or much required improvements. Imagine the shock HSBC Bank heads faced when they were notified of a significant 10 million dollar rebranding campaign when their catchphrase “Assume Nothing” was translated to “Do Nothing” in several countries, suggesting HSBC lacked the dedication to work. A clear lesson was learned; while organizations and governments require constant change for the better, they must always remain cautious when implementing such changes. In the context of governmental and legislative change, the delicate matter of improvement through precise wording, we highlight below.
Governments have always partaken in law reform as a necessary method of advancement. A fundamental issue in the reform of legislation, essential to all legal systems, is the protection of parties in a contract. Hence, structuring and restructuring the law must always be synonymous to improvement, which gets witnessed in a variety of legal systems on a range of diverse matters. This aspect varies from issues dealing with women’s rights in the suffragette era to smaller changes in the law such as the subject of a minimum wage.
The introduction of the Labor Law Number 36 of 2012 (the New Labor Law) in Bahrain repealed previous labor legislation, a classic case of new wording solely dedicated to reform. In doing so, it established new aspirations for improved working standards, wider protections, and faster dispute resolution procedures. This all-encompassing New Labor Law is an example of adequate protection for both employers and employees. Where required, employers have the option of unilateral termination. On the other hand, anti-discrimination clauses are available to protect workers from mistreatment as a result of their personal traits.
No Longer Welcome
Where the old law was silent, the new law no longer is. Speaking up on behalf of employers, the New Labor Law allows the termination of contracts under specific conditions, most pressingly an employee’s lack of adequate performance or ability to fulfill their obligations.
The two methods of terminating the contract classify as one that requires notice and those that do not require notice. Article 109 permits the termination of the agreement where the employee’s competence is ‘limited or lacking.’ However, in doing so, the employer must first provide the employee with a sixty day period of notice allowing them the opportunity to improve their work efficiency. If by the end of the sixty-day period the employee remains to be perceived as incompetent, the provisions of paragraph (a) of Article 99 must apply. As such, employers are under no obligation under a contract where an employee does not meet the basic expectations of employment. The New Labor Law provides adequate protection to a company allowing it to terminate if the circumstances are appropriate unilaterally. 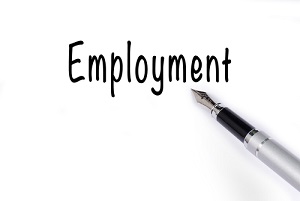 Under more severe conditions, an employer gets the protection of unilateral termination of a contract without any of the above formalities. Article 107 sets out a list of circumstances where an employee’s performance and output is so insufficient or unfit that their employer may dismiss them from work immediately. Examples of such events are ‘if the worker fails to perform his essential obligations by the labor contract’ and ‘if the employee discloses the secrets related to the work without written authorization by the employer.’ In allowing termination under these conditions, the New Labor Law proves its effectiveness in a range of situations likely to occur between contracting parties.
Besides, the all-encompassing nature of the New Labor Law sees that protections against unilateral termination of a contract get extended to the employee. Article 105 classifies this termination as an ‘arbitrary dismissal by the employer.’ Consequently, the company is entitled to compensation in the event of their arbitrary, unilateral termination. This extension of the law is a reform that gives a rigid balance of right protections to all parties of a contract.
In any situation where the parties to an agreement do not follow the provisions set out by the New Labor Law, or a dispute occurs as to the correct method of procedure, the case will move to the newly organized Labor Case Administration Office. The procedure followed by the Labor Office is set out in the New Labor Law. The Labor Office will attempt to resolve the dispute amicably allowing termination of a contract agreeable to both parties. This newly introduced regulation is likely to improve the efficiency of labor cases and increase settlements between employees and employers.
Unfounded Denial of Rights
Discrimination is an apparent aspect of human history, and some would argue that it is also an aspect innate to human nature. However, the law can govern human behavior and ensure it is within the defined bounds of what is acceptable and moral. With such limitations placed on the ability to discriminate, the morality of a society continuously improves. Law reform as previously discussed is a crucial factor to such enhancements. As would be expected, the New Labor Law of Bahrain delivers on this front of enhancement.
The explicit prohibition of discriminatory practices referred in Article 39 sets out that ‘discrimination in wages based on matters involving sex, origin, language, religion or ideology shall be prohibited.’ These sentiments are repeated in matters concerning the termination of a contract and also extend to issues such as the worker’s color, marital status, pregnancy, and affiliation with trade unions. The reformed Labor Law grants more protections than its predecessor and is indeed a reasonable progress.
An issue of relevance is the daily rights of women. Recent articles and publications speak of the discriminate nature of the never-closing wage gap in countries considered to be ‘developed.’ The possibility concerning discrimination in this regard considerably minimizes under the New Labor Law. The New Law doesn’t stop at merely protecting already existing rights, but furthers women’s right in Bahrain; constraints on the hours in which women may work and their ability to work in certain occupations got annulled. The employment of women ‘shall be subject to all of the provisions governing the employment of male workers without discrimination in similar situations’ as prescribed by Article 29. These declarations are a great testimony to the improvements brought by the reform of the Labor Law.
Conclusion
Reform is a necessary measure in any society motivated to excel. In a simple manner, the appropriate steps needed to implement the changes are the introduction of new words in legislation. The above concept although regarded as delicate is yet vital. Bahrain is no exception to the necessity of reform. It has proven that upon introduction of its new Labor Law the laws governing employee and employer protection were enhanced. It is now possible to unilaterally terminate the employment contract by both parties (justifiably) where applicable. Also, anti-discrimination measures were implemented ensuring the prevention of unfounded decisions. This development witnessed further protection of women’s rights and rights protection to those who might face injustice in the workplace. For more? Why not get in touch with one of STA's senior employment lawyers in Bahrain