An Overview of The UN Convention on Contracts

For The International Sale of Goods 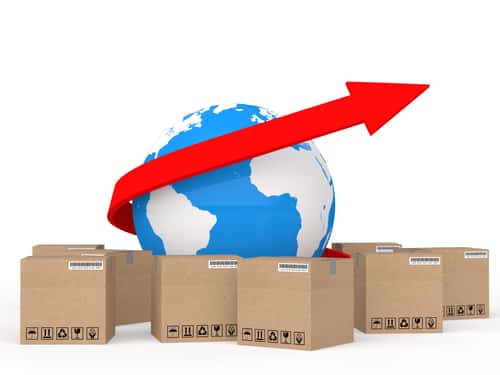 With the original signatures of representatives from 62 countries,[i]CISG Convention entered into force in 1998—where, despite its number of signatories, it was only ratified by ten nations. Its original intent was to serve as a type of global statutory code for the sale and purchasing of goods in the international context. The Convention was attempting, initially, to eradicate and replace the laws of sale that are domestic within each government with regards to general international transactions.

The Convention amounted to include 101 Articles in the text. All major areas and issues of trade have been, supposedly, covered in order to avoid misinterpretations of the text—including the issue of having a party possibly misinterpreting the text. The formation and the performance following sales contracts have also been covered by the Convention. The text include many parts and sub-parts that, overall, are devoted to entirely different areas, including (but not limited to) the requirements for an effective acceptance of an offer, or what constitutes a fundamental breach, or the remedies that follow a breach of a contract.

Primarily, the goal was to unify international sales law.[ii]This was to overall enhance and improve security and certainty in international transactions while facilitating the growth and spread of international trade, adjusting for the different bargaining powers that exist amongst commercial actors.

Is the Convention successful in attaining its goals? The answer to this question is uncertain. Its asserted uniqueness has often been referred to as an indication of its current or potential success.[iii]The Commentary to the Convention is, however, too positive to measure exactly the effectiveness of its provisions. There are many signs and past cases of the Convention failing to properly govern over states in trade, as opposed to other international trade agreements, such as the World Trade Organization.

In order to assess the effectiveness of the dispute prevention and settlement provisions of the CISG Convention, it is important to compare them to that of other international agreements between states. While the CISG Convention is sufficient enough to prevent and resolve disputes, perhaps it is not as successful as other agreements may be.

Prevention and Settlement Mechanisms within the CISG Convention

It is perhaps due to the generality of the existing provisions that the CISG Convention often succeeds in preventing disputes occurring between the parties. The Articles are formulated in a way to accommodate the needs of both the “seller” state and the “buyer” state entering a transaction. Before any dispute arises, states have the ability to observe the other state’s behavior and act in this regard. For example, as Article 72(1) states:

‘If prior to the date for performance of the contract it is clear that one of the parties will commit a fundamental breach of contract, the other party may declare the contract avoided.’

In order to prevent conflict between states, parties to a contract have the option to revoke their obligations in the event of another state’s behavior indicating an upcoming breach of contract. This flexibility permits states to avoid conflict in this regard.

Still, it is understood that disputes may still arise, especially in the case of interpreting the obligations of the parties to the Convention. For example, in the Explanatory note of the CISG Convention, Part One includes a section regarding the “interpretation of the Convention”:

‘13. […] Disputes will arise as to [the Convention’s] meaning and application. When this occurs, all parties, including domestic courts and arbitral tribunals, are admonished to observe its international character and to promote uniformity in its application and the observance of good faith in international trade. In particular, when a question concerning a matter governed by this Convention is not expressly settled in it, the question is to be settled in conformity with the general principles on which the Convention is based. Only in the absence of such principles should the matter be settled in conformity with the law applicable by virtue of the rules of private international law.’[iv]

The text of this section specifically details the necessary behavior of states in the case of conflict. Considerations of the law are to be applied only if there is no consensus between the parties on the interpretation of the Convention. However, it is important to note that this also applies to courts who are employed to resolve a dispute. The Convention sets forth international uniform substantive rules to be adopted by the signatory states and, in the event of a dispute, the Court must first establish whether those rules apply to the dispute before utilizing the rules of international law.[v]

Prevention and Settlement Mechanisms Outside of the CISG Convention 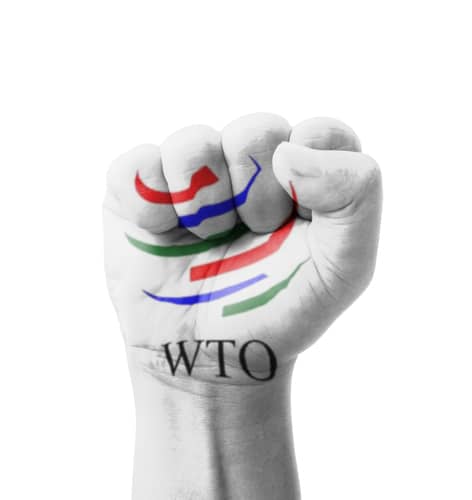 How do the aforementioned mechanisms of dispute prevention and resolution compare to other agreements of free international trade? Of course, the most famous organization aimed at easing the process of business is the World Trade Organization (the WTO), which is the successor to the General Agreement on Tariffs and Trade (the GATT). With a total of 162-member states, the probability of disputes arising within the WTO is excellent. Therefore, to avoid the interference with problems, the Organization arranged for there to exist a separate body solely aimed at resolving potential disputes. The Dispute Settle Body (the DSB)—which is provided for in the Understanding on Rule and Procedures Governing the Settlement of Disputes (the Understanding)—is set and established with the intention to administer the rules and procedures of the Understanding in different scenarios.

While the original aim of DSB to settle conflicts, there still exists provisions that are allowed to be enabled for the purpose of preventing the disputes before they even occur. The WTO, through the DSB, regularly affirms that each party is undertaking their obligations as per the Convention and the specific transaction they have entered:

As per the above, it is understood that if the interactions between two or more parties are not supervised, the dispute will erupt due to lack of liability. There over, to prevent this, regular check-ups are to be implemented.

In cases where a dispute is brewing or has just begun, the DSB can still manage to calm it down before the same gets worse. In this stage, consultation is recommended:

‘[…]. The DSU provides rules and procedures for consultations and the settlement of disputes between Members concerning their rights and obligations under WTO agreements.’[vii]

By putting the concerned parties of a dispute in consultation, the DSB facilitates for a healthy debate to happen and the needs of both parties will be communicated and negotiated civilly. This procedure of a dispute settlement catches the seed of the problem before it grows. If the dispute is already past this stage, then there are two stages left as recommended by the DSB: “(ii) adjudication by panels and, if either party appeals a panel ruling, by the Appellate Body; and (iii) adoption of panel/appellate report(s) and implementation of the ruing which also includes the possibility of countermeasures in the event of failure by the losing party to implement the ruling.”[viii]

Unlike those party to the CISG Convention, parties of the WTO are ensured by the WTO’s presence in any transaction. The idea of constant supervision relieves parties who are unsure or insecure about relations with a specific country. Because the WTO has the ability to employ the DSB body to regulate the occurrence of disputes, it is even more so successful than the CISG Convention. The Convention, on the other hand, relies first and mostly on good faith being exercised by the Member States. But without the constant supervision that the WTO offers, parties are more likely to fall into disputes. With drastic cases, the Convention only allows for Courts to interfere. The next article on this topic will explore all the practical aspects and all the cases in relation to CISG Convention.

[v] UNCITRAL Digest of Case Law on the United Nations Convention on Contracts for the International Sale of Goods, 2012 Edition, Part One, Ch I, p. 4